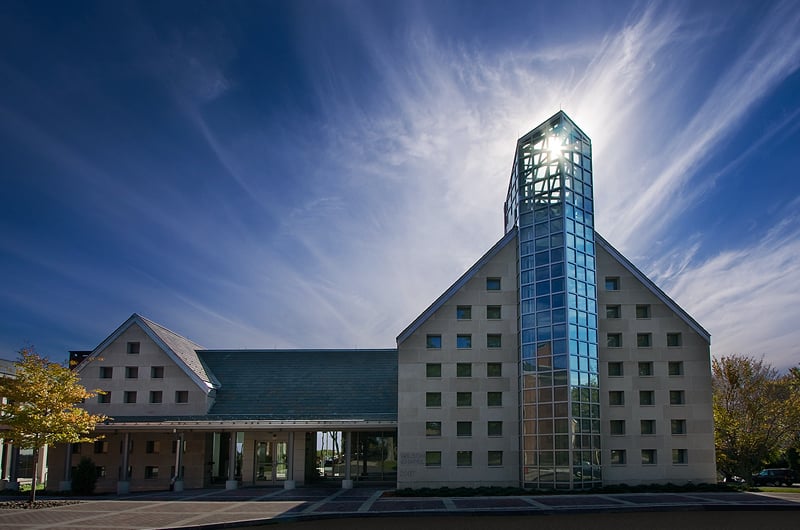 (RNS) America’s oldest graduate seminary is once again blazing a trail for other mainline Protestant institutions to follow. But this time it’s a path many would rather not travel.

On Thursday (Nov. 12), Andover Newton Theological School announced plans to relocate and sell its 20-acre campus in Newton, Mass. The move will be part of “a bold new direction” for the 208-year-old school as it struggles with big deficits.

“God is doing something new in this time,” said Andover Newton President Martin Copenhaver. “We have to figure out what it is and get with the program.”

Whatever God is doing, it will be with a smaller faculty, lower overhead and new partnerships. On the table are two options: become embedded within a more stable institution such as Yale Divinity School, where discussions are ongoing, or shift to a lean cooperative learning model. The latter would strip away broad elective offerings, focus on core subjects and dispatch students to do much of their learning in local congregations.

READ:  No champagne – or state dinner – for Iranian president’s visit to France

Either way, Andover Newton’s move is likely a harbinger of what lies ahead for about 80 percent of America’s 100 mainline seminaries, according to Daniel Aleshire, executive director of the Association of Theological Schools. Built more than a century ago, they’ve relied primarily on residential education models that are fast becoming unsustainably expensive and ill-suited to current needs.

“Andover Newton is a canary in the mineshaft on the issue of, ‘what is the future of mainline institutions?’” Aleshire said. “You’re going to see some mainline schools seek to affiliate with other larger institutions. And the primary reason for that is the reduction of their indirect costs.”

Andover Newton is hardly the only seminary seeking new life through restructuring and new efficiencies. On Monday (Nov. 9), Bexley Seabury Seminary Federation announced that in 2016 it will shut down operations in Columbus, Ohio and consolidate in Chicago. An Episcopal seminary with a history of moving and merging, Bexley Seabury currently rents space in Chicago from the Evangelical Lutheran Church in America.

But Aleshire says Andover Newton is experiencing something new, namely the fallout from decades of declining membership numbers in mainline denominations. Since 2005, enrollment at mainline Protestant seminaries has fallen by nearly 24 percent, he said, and denominational decline has been a driving factor.

Until recently, mainline seminaries could rely on a combination of endowment proceeds and tuitions from students who expected to land full-time ministry positions after graduation. But now part-time pastorates are increasingly the norm as congregations with dwindling numbers can’t afford full-timers. Fewer would-be pastors want to incur five-figure student loan debt in exchange for a part-time job. So they don’t enroll.

“The headwater has been denominational decline, and the seminaries are further downstream,” Aleshire said. “But now the effect is prolonged enough and consistent enough and massive enough that it has hit the seminaries.”

Andover Newton’s new direction comes on the heels of 10 years of declining application numbers, which have translated into less revenue to cover myriad fixed costs. Today’s enrollment is 225, mostly part-time students; that’s down from 450 full-timers a generation ago. The school now relies on a mortgage line of credit to pay its bills while trying to preserve its $18 million endowment. Even a shift to a cooperative education model might not be scalable or financially sustainable, according to Copenhaver.

But observers say today’s church needs something new in the form of well-trained pastors who’re unburdened by debt and capable of managing on part-time church salaries. If Andover Newton finds a model to meet those needs, others are apt to follow where it leads.

“It’s just tough for schools that are freestanding,” said Don Richter, associate director of the Louisville Institute, a research center for revitalizing American Christian institutions. “Unless you’re Princeton Seminary and you’ve got a huge endowment, you’re going to be much better off if you’re a divinity school nested within a university… They’ve got the infrastructure and everything built in.” 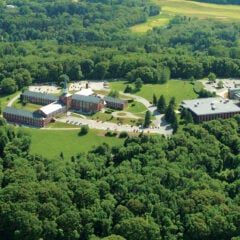