Then children were brought to him that he might lay his hands on them and pray. The disciples rebuked the people, but Jesus said, “Let the little children come to me and do not hinder them, for to such belongs the kingdom of heaven.” Matthew 19:13-15

This gospel passage is perhaps one of the most sobering illustrations of how we can spend a lot of time with Jesus and still overlook the intrinsic value of those who are greatly valued and loved by Him. It’s not because the disciples didn’t care about these children, it appears that they acted on a belief that the little ones interrupting Jesus were less important than the adults who were in the audience. The response of Jesus to their rebukes could not have communicated any clearer how much he values those who others overlook or disregard. Jesus demonstrates this same beautiful love over and over again in scripture.  Our reluctance to acknowledge and embrace this truth not only hurts others, but it also exposes our failure to grasp the heart of the gospel message.

These same dynamics play out in faith communities whenever we fail to respond to child sexual abuse disclosures in a manner that demonstrates love and value to victims. Too often those who have been traumatized find themselves being rebuked and accused of interrupting the work of Jesus. This couldn’t be farther from the truth.

Rebuke was the method the disciples used in attempting to keep the children away from Jesus. To rebuke means to criticize sharply or to turn back or keep down.  When church leaders, or anyone else for that matter, criticize, turn away, or keep down abuse survivors, they are attempting to keep these brave souls away from the unconditional love of Jesus. Though such rebuke takes various forms, it is often justified by piously placing greater value upon the work of the church or its leaders than those who have been abused and traumatized. I have stopped counting the number of times survivors have shared with me about how they were rebuked after stepping out of the shadows to disclose being abused. In fact, many have experienced what I would call a progression of rebuke.  The progression usually begins with a gentle admonishment not to talk too much about it, coupled with a rationale that the admonishment is for the “well being” of the survivor. When a gentle admonishment fails to do the trick, the next step is often a strongly worded admonishment intended to intimidate the survivor into silence. If the strongly worded admonishment doesn’t work, the abuse survivor will often be criticized and shamed by those who demand their silence. When all else fails, leaders may attempt to marginalize or ostracize the survivor hoping they will simply walk away into a silent abyss. The few who survive this toxic process find themselves re-traumatized and faced with the realization that the church is not the place to see Jesus or experience his love. What a grave tragedy on so many levels. 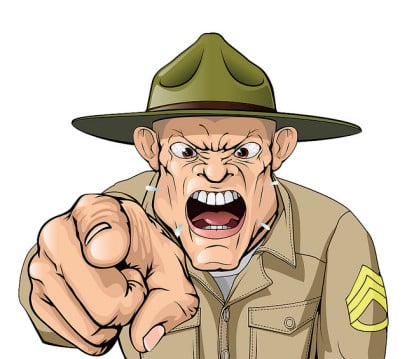 Sometimes the rebuking of those who have been abused is more subtle, but no less damaging.  For example, it’s not uncommon for church members to rally around perpetrators who claim innocence or express a hollow repentance as the victim is ignored or even sometimes vilified. I remember being at a conference years ago where hundreds of child sexual abuse prosecutors were asked about their observations of pastors who came to court in a supportive role. Sadly, over two-thirds of the audience reported that pastors appeared in court to support perpetrators, not victims. This type of rebuke is illustrated by a friend of mine who was sexually abused as a child by a well-known member of her church. Years later and after much counseling, my friend took the brave step forward and reported these crimes to the police. The perpetrator was eventually charged and convicted. When my friend arrived at the courthouse for the sentencing hearing, the pastor of the church whom she had known for years was sitting with the family of the perpetrator and never said a word to her the entire time. In fact, he never even acknowledged her. My friend was devastated. She found herself being rebuked by her pastor’s public support of the person who had been the source of so much deep pain in her life.

Survivors can also be rebuked by churches that fail to understand the complex emotional and spiritual dynamics of abuse and those who offend. For example, leaders of such churches will sometimes make a concerted effort to push victims to reconcile with perpetrators. If the survivor or their family resists such dangerous efforts, they are often chastised and sometimes even formally disciplined.   A similar type of rebuke happens when those in the church express impatience with a survivor’s long, difficult, and often messy journey of healing. Questions such as, “Why can’t you just forgive and move on?” are nothing but a subtle and hurtful rebuke by those who have little or no care for the weariness of someone who has been abused and is struggling through a deeply painful process.

Whenever Christians rebuke those who have been abused, we are no different than the disciples in their attempt to push the children away from Jesus. Ultimately, this is rooted in a Christian culture that is all too often focused upon valuing institutions and personalities, not Jesus. Such cultures will go to great lengths to protect reputations and the status quo even at the expense of those who have been hurt. This is the very antithesis of God’s love. What I love about the gospel story is that Jesus didn’t let that happen. In fact, he stopped everything and everyone to advocate on behalf of the children and do some strong rebuking of his own. The great irony of the story is that those who did the rebuking ended up being rebuked by the very One they were supposedly trying to honor.

Isn’t it time for the church to become the place where children and abuse survivors are welcomed and loved, not rebuked? How would Jesus answer that question?