BALTIMORE (RNS) The nation’s Roman Catholic bishops opened their annual meeting on Monday (Nov. 16) still struggling to figure out how much they can, or want, to adapt their priorities to the new marching orders Pope Francis gave them during his historic U.S. visit in September.

During that six-day visit, Francis delivered several memorable speeches that called on the American bishops to reject “harsh and divisive language” and to take a more positive, pastoral and welcoming approach to the world, especially those in need.

He also focused on a number of issues — such as immigration reform, poverty and economic injustice —  that have tended to take a back seat to culture war priorities like vocal opposition to abortion and same-sex marriage.

Reorienting the U.S. Conference of Catholic Bishops’ agenda so dramatically and after so many years of doing things the same way is not expected to be easy.

“The conference is divided between those who eagerly support Pope Francis and find his approach compelling and hopeful, those who consider this papacy a patch of bad weather that can’t pass soon enough, and those in the middle who are unsure which narrative is right,” Michael Sean Winters, a longtime observer of the American hierarchy, wrote in The Tablet of London.

The chief indicators of how the American bishops gathered in Baltimore will respond to Francis’ exhortation will come on Tuesday, when the approximately 240 voting members will choose the heads of various conference committees and when they discuss updates to a statement on the political responsibilities for Catholic voters in the upcoming presidential election year.

Several of the committee elections feature contests between bishops seen as representatives of the “old guard” and four bishops appointed to dioceses by Francis or for a special assignment, noted the Rev. Thomas Reese, a Jesuit priest and church analyst.

“I am not saying that only bishops appointed by Pope Francis can be considered ‘Francis bishops,’ but it is interesting that the USCCB elections will have four Francis appointees on the ballot,” Reese wrote at the National Catholic Reporter.

“Will the bishops like these candidates as much as Pope Francis does?” he wondered.

The quadrennial election guide, called “Faithful Citizenship,” is a lengthy document that outlines a range of issues the bishops say Catholics should consider when they go into the voting booth, and provides guidance for Catholics to weigh the relative importance of each issue.

But a committee charged with doing a light revision of the document, originally issued in 2007, did little to shift the past priorities to emphasize issues the pope highlighted, such as economic injustice and immigration.

The new draft doubles down on hot-button topics such as opposition to gay marriage, which the U.S. Supreme Court legalized in a close ruling last June, by including numerous mentions of the “intrinsic evil” of same-sex marriage as well as abortion, which the document stresses must remain top priorities for Catholic voters. 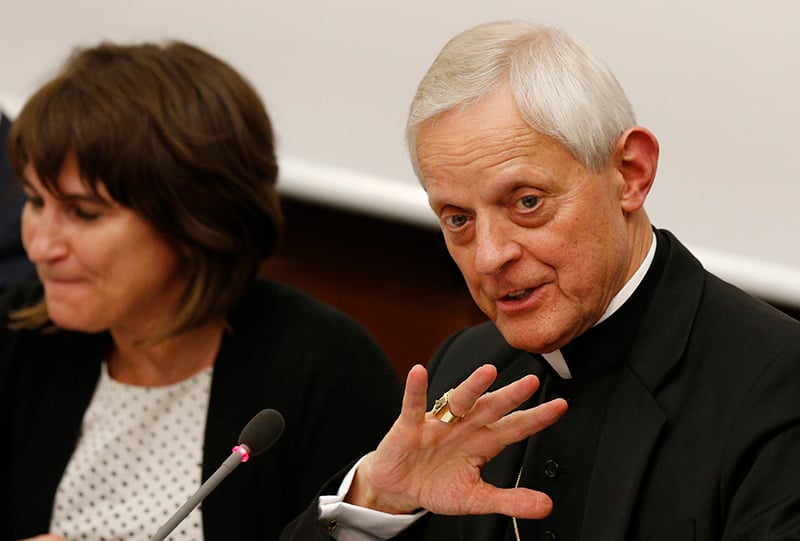 The draft does, however, include several references to Francis’ landmark document, the encyclical “Laudato Si’,” on the moral duty to protect the environment and combat climate change.

The bulk of those references come toward the end of the draft document, however, and the environmental issue comes at the end of a list of top 10 priorities for Catholic voters.

Some bishops are expected to raise concerns about that ordering of priorities and other issues in debates on Tuesday morning, after which the assembly will vote.

The rest of the agenda of the meeting — which concludes after closed-door sessions on Wednesday — is generally dedicated to safer and more predictable topics.

Chief among them is the expected approval of a detailed pastoral document decrying the “dark shadow” of pornography and providing resources for “Catholic leaders and parents” with “an eye to all who struggle with or are affected by pornography.”

“It’s hard to get an institution this big to reassess quickly,” Washington Cardinal Donald Wuerl said in an interview on Sunday. “But to the credit of our conference, we’re doing that right now. We are discussing our priorities and trying to maintain our continuity while at the same time benefiting from the impulse of Francis” and his widely followed U.S. visit.

“I think when all is said and done, the United States bishops will always stand with Peter,” Wuerl stressed, referring to the pope, who Catholics believe is the successor of St. Peter as bishop of Rome.