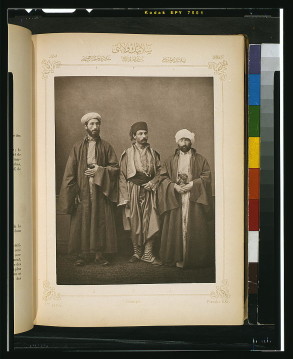 Is there really an Islam armada?

I was in a Whole Foods recently, and I saw a young man with the word Islam on his T-shirt. Uh-oh.

I then looked more closely. The T-shirt seemed to say: “Islam armada.”

When I got even closer to him, I realized that his T-shirt was a souvenir from a sun-drenched vacation in the Florida Keys.

The shirt was from Islamorada.

Perhaps I can be forgiven for thinking that the shirt referred to an Islam armada. Not (I hasten to say) all of Islam, but jihadist Islam seems to be launching an armada against the West.

Some scream:  “Where is the outcry from other, saner Muslims?”  They haven’t been paying attention. Try this one.

In a recent article in the Forward, Holocaust historian Deborah Lipstadt advocated reaching out to Muslims as a tool for neutralizing the violent ideology of jihadism.

“If this threat is going to be addressed, the most important source of help will come from within the Muslim community, from those who totally reject and are repulsed by the interpretation of Islam adopted by ISIS, Al Qaeda and the like,” she writes.

I agree with Professor Lipstadt.

Let’s reach out with the most powerful tool in the Jewish arsenal — our intellectual curiosity.

Let’s sit down with American Muslims — and study together.

That would be: Abraham, Ishmael, Jacob, Joseph, Moses, David, and Solomon.

Islam “borrowed” those characters, and put them into the Quran.

Not only that: Jewish midrashim and legends freely borrowed from Muslim stories — and vice versa.

Many synagogues have Shabbat morning Torah study groups. Imagine what would happen if we invited local Muslims to join us in joint study about those biblical characters.

We won’t agree on every detail of the text, As Jon Levenson has written in his book Inheriting Abraham: The Muslim “Ibrahim” is very different from the Jewish “Avraham.”

But that only makes the entire venture of join study that much more interesting. The word “Quran” comes from the same word as the Hebrew word for sacred scripture — mikra– literally, a calling out. Jews and Muslims both hear the voice of God in their texts.

Imagine what it would be like to sit with Muslims and to ask them how they hear the voice of God in their texts.

If you look at some of the great Jewish poets of medieval Spain, Muslim cultural themes run deep. Read the work of the Muslim Sufi poet Rumi, who is today the “hottest” religious poet in the world (only eight hundred years or so after he died). His spirituality influenced both Muslim and Jewish mysticism.

Yes, according to some Muslims. Arab thinkers profoundly influenced Maimonides. He wrote his magisterial Guide To The Perplexed in Arabic. Check out Micah Goodman’s fantastic new book on Maimonides.

Remember, also, another lesson of Maimonides’ life. He was a refugee from the persecution of the Almohads, the ISIS of their time.

And yet, Maimonides refused to brand Islam as an evil religion.

It turns out that Jews and Muslims have a lot to talk about. The Shalom Hartman Center’s Muslim Leadership Initiative (MLI) is co-directed by the Israeli journalist, Yossi Klein Halevi and Imam Abdullah Antepli, the founding director of Duke University’s Center for Muslim Life.

What kind of Islam does the Imam believe in?

“An Islam of tolerance and equality. An Islam whose American adherents seek constructive integration into mainstream American society. If American Jews come to understand, empathize with, and most importantly learn to trust American Muslims, then the rest of America will gradually follow suit.”

A few years ago, I created a Jewish-Christian-Muslim study weekend for three religious institutions in Columbus, Ohio — Temple Israel, Trinity Episcopal Church, and the Noor Islamic Cultural Center. We spent the weekend studying how our varying traditions view Abraham.

One of the participants, a Bosnian Muslim woman, described the experience as being one of the high moments of her religious life.

“It behooves the rest of us who see the worth in building bridges to impress upon them just how important (and Godly!) it is to let our “cousins” touch our heart and soul.”

I know what you are thinking. “This is just kumbaya thinking. How will this stop ISIS?”

It won’t. As French philosopher Bernard-Henri Levy writes: yes, the events in Paris mean that we are, in fact,  at war with jihadism.

But, over here, we need not let that war tear our own souls apart. When we learn with and from Muslims, we actually hear what they believe — from their own mouths and souls — and not what we think they believe. It might bring a little bit of peace (pun alert), piece by piece.

I love this quote from the Reform prayerbook, Mishkan T’filah:

“Let us live not by our fears, but by our hopes.”

There is too much fear. Time to build just a little bit of hope.