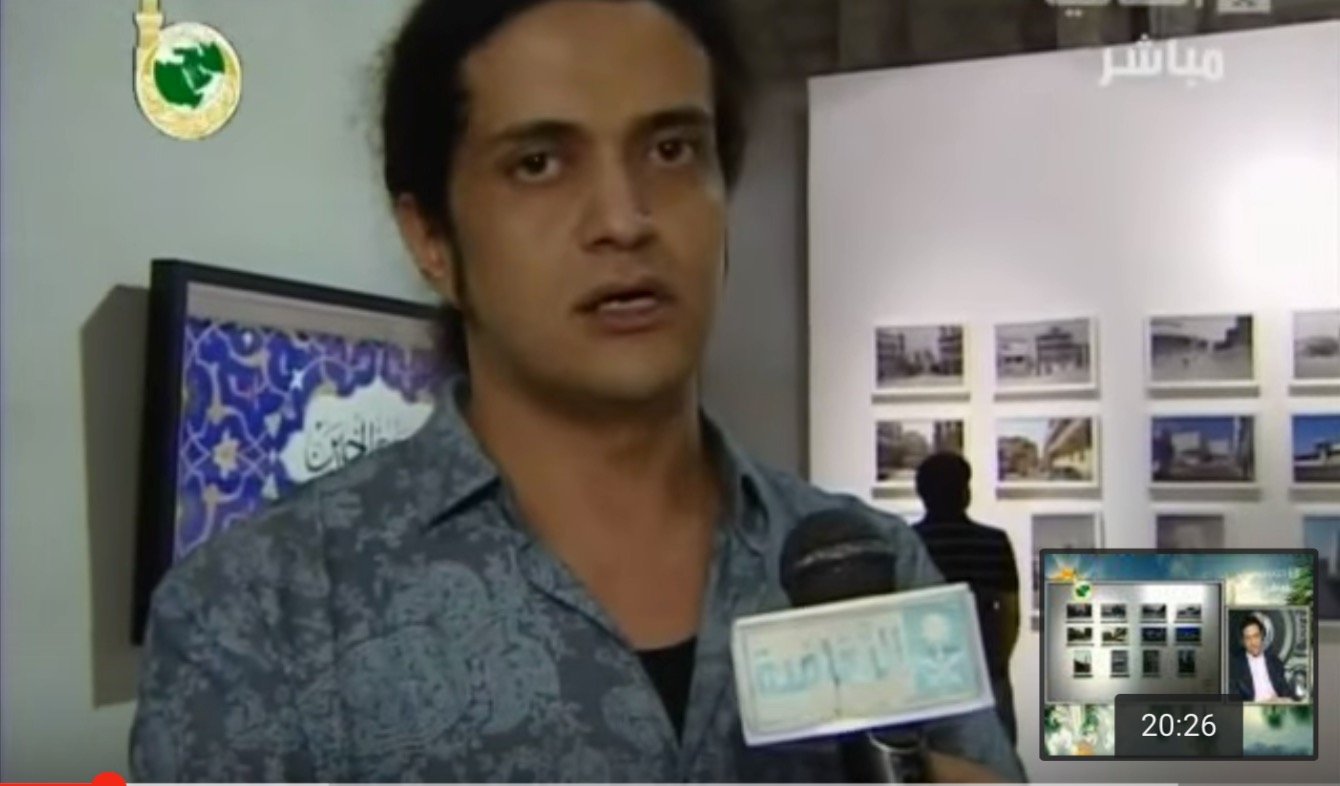 Poet and artist Ashraf Fayadh is interviewed on the Saudi TV Culture Channel in March 2013. Courtesy of YouTube.

Ashraf Fayadh was detained by the country’s religious police in 2013 in Abha, in southwest Saudi Arabia, and then rearrested and tried in early 2014.

The verdict of that court sentenced him to four years in prison and 800 lashes but after appeal another judge passed a death sentence on Fayadh three days ago, said Coogle.

“I have read the trial documents from the lower court verdict in 2014 and another one from 17 November. It is very clear he has been sentenced to death for apostasy,” Coogle said.

Saudi Arabia’s justice system is based on Sharia Islamic law and its judges are clerics from the kingdom’s ultra conservative Wahhabi school of Sunni Islam. In the Wahhabi interpretation of Sharia, religious crimes including blasphemy and apostasy incur the death penalty.

In January liberal writer Raif Badawi was flogged 50 times after his sentencing to 10 years in prison and 1,000 lashes for blasphemy last year, prompting an international outcry. Badawi remains in prison, but diplomats say he is unlikely to be flogged again.

Saudi judges have extensive scope to impose sentences according to their own interpretation of Sharia law without reference to any previous cases. After a case has been heard by lower courts, appeals courts and the supreme court, a convicted defendant can be pardoned by King Salman.

Fayadh’s conviction was based on evidence from a prosecution witness who claimed to have heard him cursing God, Islam’s Prophet Mohammad and Saudi Arabia, and the contents of a poetry book he had written years earlier.

The case went to the Saudi appeals court and was then returned to the lower court, where a different judge on November 17 increased the sentence to death. The second judge ruled defence witnesses who had challenged the prosecution witness’ testimony ineligible.

Saudi Arabia’s Justice Ministry or other officials could not immediately be reached for comment.