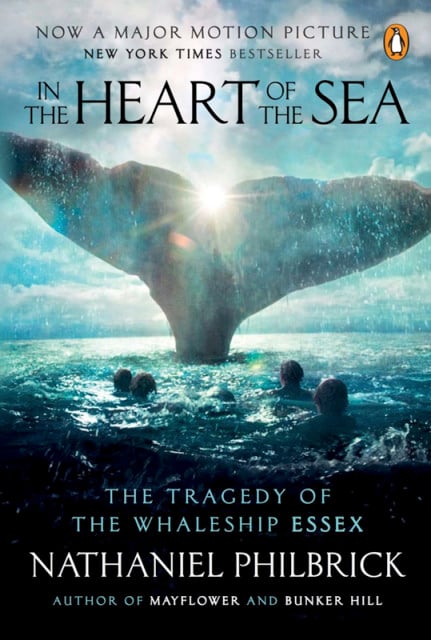 “In the Heart of the Sea,” by Nathaniel Philbrick. Book cover photo courtesy of Penguin Random House

That’s the harsh equation behind an exhibit at Nantucket Island’s Whaling Museum dedicated to “In the Heart of the Sea,” the new film by Ron Howard that’s based on the best-selling book by Nathaniel Philbrick, an island resident. Both tell the story of the whale ship Essex, which sailed from Nantucket in 1819 only to be “stove by a whale” in the South Pacific and written into literary history in Herman Melville’s “Moby Dick.”

But not on display in either the exhibit or the film is another part of the equation — five of the survivors were part of Nantucket’s Quaker culture, whether members of the Society of Friends or not. And that shared culture had something to do with who survived — and who was eaten by those who did. 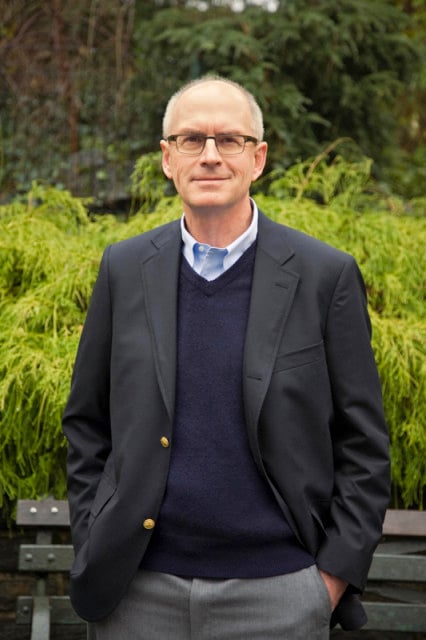 “It had to be a factor,” Philbrick, 59, said in a telephone interview before the movie’s premiere this Friday (Dec. 11). “Most of the Nantucketers on the Essex were not Quakers, but all of them had to have spent some time going to a Quaker meetinghouse. It was their shared spiritual and cultural inheritance. So when it came to their suffering, it had to be a factor.”

Nantucket in the 1820s was an epicenter of Quakerism in America, with up to 3,000 members at its height — about half the island’s population. The faith, in which members try to be guided by an “inner light” that they liken to God, permeated every aspect of island life. Quakers owned the whaling ships, harpooned the whales, boiled down their blubber and sold their oil.

“Combining rigid self-control with an almost holy sense of mission, these were what Herman Melville would call ‘Quakers with a vengeance,'” Philbrick writes in the book.

Nine members of the Essex’s 21-man crew were Nantucketers, including Capt. George Pollard and First Mate Owen Chase, played in the film by Benjamin Walker and Chris Hemsworth, respectively. Pollard was a Congregationalists with Quaker relatives and ancestors and Chase was born to Quaker parents. The rest were “coofs” — a derogative phrase Nantucketers sometimes still use to refer to off-islanders. Seven were African-American — Quakers were staunch abolitionists and proud of their island’s sizable African-American community. One man — a coof — jumped ship in South America, leaving 20 men adrift on the open sea after a giant whale — perhaps 85 feet long — battered the ship and sent the men into three whaleboats with scant provisions.

Their island ties made themselves felt almost immediately. Pollard and Chase each took command of a whaleboat and split their fellow islanders among them. The third boat, captained by Matthew Joy — a Nantucketer and former Quaker whose family had moved off-island when he was young — was given only coofs. “The Nantucketers had done their best to take care of their own,” Philbrick writes.

They drifted for 95 days. At some point, they found a tiny, near-barren island and three men — all coofs — decided to stay.

Back in the boats, the men began to die, one by one. At first, the dead were given burials at sea. Joy was among them. Eventually, the three boats separated and the two headed by Chase and Pollard separately concluded that they would have to resort to cannibalism. Pollard’s boat drew lots and shot the loser. Chase’s men ate those who died on their own. The Nantucket Whaling Museum displays a model whaleboat like the ones the 20 men from the whale ship Essex drifted in for 96 days. Their story is the inspiration for the new movie “In the Heart of the Sea.” Religion News Service photo by Kimberly Winston

Rescue by other whalers came at last. Pollard and Charles Ramsdell were found “sucking the bones of their dead messmates,” and eyewitness wrote. Chase and two fellow Nantucketers — boatsteerer Benjamin Lawrence and cabin boy Thomas Nickerson, whose recollections frame the film of “In the Heart of the Sea” — were found on the brink of death by starvation. Only Nantucketers emerged alive from the whaleboats.

As Philbrick writes, ” … the Nantucketers — their ties of kinship and religion stitching them together — had an overwhelming advantage.”

The three coofs left on the island also survived and were rescued separately.

Leading a visitor through the museum’s “In the Heart of the Sea” exhibit, which includes a scale model of a drifting whaleboat, docent Linda Steelman says the men took the island’s Quaker culture with them — even unto death.

“We don’t know what role religion played in the boats, but at some point all their rationality was gone and I think they must have been in another realm,” she said, pausing before a display of Pollard’s Bible. “And there must have been in these men a very strong will to survive.”

Quakerism also played a role in how the Nantucket survivors navigated their return to the island in 1822. “But I don’t know if it was a source of strength,” Philbrick said.

Nantucket Quakerism in the 1820s, Philbrick said, was “all about control.” It helped keep the lid on the islanders’ emotions, struggles and relationships. So when Chase published his account, complete with graphic details about butchering a fellow sailor, Nantucketers didn’t take kindly to it.

“A Quaker meeting is one where there is often a lot of silence,” Philbrick said. “And with silence is how many Nantucketers preferred the story of the Essex be received.”

Chase went on to a successful career as a captain, but had to go off-island to do it. He eventually returned, but ended up going mad, storing food in the attic of his house.

Pollard — whose grandparents were Nantucket Quakers — was welcomed back more warmly. People generally believed he dealt as fairly as he could have with his crew under dire circumstances. He was given another ship to command — which sank in a storm on his first voyage. He spent his final years as Nantucket’s nightwatchman and on the anniversary of the Essex’s sinking reportedly shut himself in his house — two blocks from the Whaling Museum — and fasted in honor of the lost.

(Kimberly Winston writes about popular culture, atheism, humanism and other freethought groups for RNS. You can follow her on Twitter at @kjwinston11) 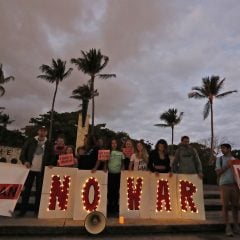