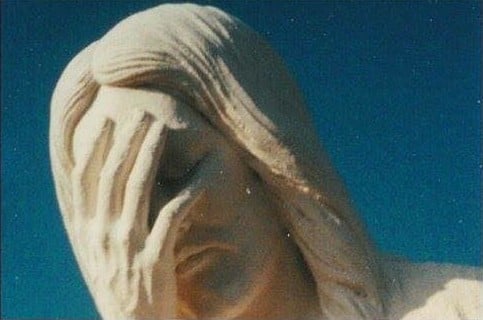 It wasn’t a mistake.

In fact, it was the will of the Lord, confirmed by every single apostle according to the standard protocol that the LDS Church uses for revelations to the prophet.

At least that’s what LDS apostle Russell M. Nelson indicated yesterday in a devotional at BYU-Hawaii. Confronted with the reality of same-sex marriage becoming law in the United States, the Brethren met “repeatedly in the temple” to seek the Lord’s guidance on the matter.

Here is the text of that portion of Elder Nelson’s remarks, as published in the Deseret News:

Filled with compassion for all, and especially for the children, we wrestled at length to understand the Lord’s will in this matter. . . . Ever mindful of God’s plan of salvation and of His hope for eternal life for each of His children, we considered countless permutations and combinations of possible scenarios that could arise. We met repeatedly in the temple in fasting and prayer and sought further direction and inspiration.

And then, when the Lord inspired His prophet, President Thomas S. Monson, to declare the mind of the Lord and the will of the Lord, each of us during that sacred moment felt a spiritual confirmation. It was our privilege as Apostles to sustain what had been revealed to President Monson. Revelation from the Lord to His servants is a sacred process. And so is your privilege of receiving personal revelation.

This is the first time I’ve seen an official from the LDS Church claiming the ban on gays to be not just another policy in the handbook — a handbook that is updated regularly and subject to change — but an actual revelation from the Lord.

When Elder Christofferson spoke about the policy in the immediate PR disaster following the leak, “revelation” was not mentioned. The policy was presented then as a solution to a logistical problem — the solution that the Brethren felt would best fulfill Christ’s mandate to “feed my sheep” (!), but not official revelation.

Now, however, the policy has been baptized in a language of prophetic revelation similar to what President Spencer W. Kimball said in 1978 when all men of African descent were offered access to the priesthood: “We have pleaded long and earnestly in behalf of these, our faithful brethren, spending many hours in the Upper Room of the Temple supplicating the Lord for divine guidance.”

Now it seems the Lord has spoken once again. But unlike in 1978, when God’s will was to expand gospel blessings to all people, now it is to restrict them.

The Lord, apparently, thinks it is the right thing to do to bar some children from baptism based on the sexual orientation and choices of their parents.

To declare gay church members who are living in faithful and monogamous marriages to be apostates, subject to possible excommunication.

And to remind us once again to follow the prophet in all things.

“You may not always understand every declaration of a living prophet,” Elder Nelson said. “But when you know a prophet is a prophet, you can approach the Lord in humility and faith and ask for your own witness about whatever His prophet has proclaimed.”

So what does this mean for the many, many Latter-day Saints who have indeed prayed about this, fasted about this, and similarly “wrestled at length” to get the Lord’s guidance — only to receive a totally different answer than the prophet’s?

An answer that affirms Jesus’ teaching that we are to allow little children to come unto him unhindered?

An answer that reminds us that children are never responsible for the alleged sins of their parents?

And an answer that recognizes the inherent sacred worth of LGBT persons — and their marriages?

I am in that camp. I sit here heartbroken that the Church is not only standing by this regrettable policy but enshrining homophobia as God’s will.

It seems that now, by holding these views I am not just objecting to a here-today-gone-tomorrow policy in the handbook. I’m actively resisting the will of the Lord as revealed through his holy prophets.

Elder Nelson closed with dire warnings about people like me. “The somber reality is that there are ‘servants of Satan’ embedded throughout society,” the Salt Lake Tribune quotes him as saying. “So be very careful about whose counsel you follow.”

I don’t believe God is behind this policy. This does not feel like holy revelation from the same God who declared there is neither Jew nor Gentile, slave nor free, male nor female — for we are all one in Christ Jesus.

By rejecting this policy, are active LDS church members like me, people who hold a calling and a temple recommend, now to be regarded as “servants of Satan”?