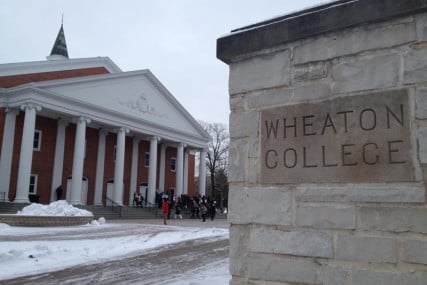 Academic freedom is central, and vulnerable, in all American universities today, not just the conservative Christian ones. It's vulnerable because the culture wars invade everything, including colleges.

Academic freedom is rooted in freedom of conscience, speech, and expression. It reflects core American cultural and constitutional values, repeatedly reaffirmed in our history -- but also repeatedly challenged.

But academic freedom is always at risk. It is especially at risk in doctrinal -- or one might say doctrinaire -- environments. It is at risk whenever what is understood to be capital T "Truth" is so important that deviations are seen as violations of the core mission of the school. This, of course, assumes that the central mission of a university is to teach a version of Truth rather than to sponsor a free environment for the vigorous exchange of ideas.

Doctrine-based universities can lean left or lean right. Liberals are less likely to notice when their universities have become doctrinaire leftist. That's because they are so sure of the truth of their liberal political, moral, and religious beliefs that any other view seems unthinkable. Conservatives on liberal campuses certainly notice it. But these days there is increasing concern, even among elite liberal academics, about doctrinaire leftism chilling freedom of expression in disturbing ways.

An invisible but very real role that evangelical Christian colleges play is as safe places for political and theological conservatives. In an academic landscape dominated by liberal institutions and sometimes doctrinaire leftism, Christian colleges are at least politically mixed -- more often, quite politically conservative, at least at the level of the power brokers. Christian schools become a safe place for politically conservative faculty to teach, research to be undertaken, and like-minded families to send their kids. In such environments, it is always possible that a very visible faculty member who implicitly or explicitly challenges conservative political orthodoxy will get in trouble.

In such a context, universities that retain robust academic freedom, sustain populations that are politically diverse, and resist ideological pressures from both the right and the left, become a genuine achievement. Only in such places can faculty think freely, teach fearlessly, and write with only considerations of scholarly excellence in mind.

I happen to think that my own Mercer University has managed to achieve this, which is why I was able to write this column without fear.