Happy New Year to all!

At the beginning of each new year, I like to take time to think about what we can be doing to bring about more justice to those who have suffered from the ravages of sexual abuse.  However, thinking alone is not enough.  If our our thoughts don’t move us to action, we really haven’t helped and justice remains elusive for so many.  Attorney and victim advocate, Neil Jaffee, is someone who has spent his life moving thoughts into actions.  Actions that have made a real difference in the life of so many abuse survivors.  In this fantastic guest post, Neil describes and advocates for a a set of specialized practices that will revolutionize our approach to the handling of child sexual abuse cases in the criminal justice system.  As a former child sexual abuse prosecutor, I can tell you that these proposed practices have a real possibility of delivering genuine justice and real hope to those who deserve it most.  My prayer is this post will challenge each of us to help Neil in move these thoughts into action across the country.   – Boz

Cases involving adult survivors of childhood sexual abuse are unique at their core because they involve survivors who were victimized as children but enter the legal system as adults. This fundamental aspect of adult survivor cases drives the need for specialized protocols and policies to address the particular dynamics of these cases.

The legal system must apply a specialized, trauma-informed approach to the investigation, prosecution, and disposition of adult survivor cases.

Childhood sexual abuse is recognized as a form of complex psychological trauma in that it typically involves repetitive, ongoing abuse, a fundamental betrayal of trust in a primary relationship, perpetrated by someone known by or related to the victim. The timing of the abuse events during a critical period of development during childhood has adverse long-term psychological and behavioral effects on the victims. Due to developmental impairments in cognitive functioning and language production related to the occurrence of the abuse events during childhood, some adult survivors may not be able initially to remember clearly and recount to investigators the details of the abuse events and recovered memories are often fragmented, incomplete, and nonspecific. The legal process itself can be re-traumatizing for survivors. Accordingly, the development of a trauma-informed approach is essential to support survivors in filing their legal claims, preparing them for the challenges posed by the justice system, and presenting their cases effectively in court.

In contrast to acute child sex abuse cases and adult sexual assault cases, adult survivor cases involve events that occurred years or even decades before the crimes were reported to authorities. Therefore, the investigation of these “cold cases” often depends on the ability to reconstruct past events accurately.

3.  Discretion must be exercised properly when reviewing a case

The exercise of broad discretion by police and prosecutors plays a significant role in determining whether an adult survivor’s case moves through the various stages of the justice system or is derailed during the case screening process. The law enforcement decision to make an arrest and refer a survivor case for prosecution is almost entirely subject to the discretion of the assigned officers and detectives. Among the factors prosecutors consider in their screening decisions, the probability of conviction is typically the determinative factor. 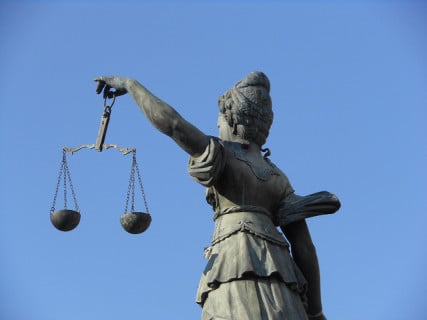 Scales of Justice – courtesy of Michael Coghlan via Flickr

4.  The accessibility of reliable data and comprehensive assessments of police and prosecution performance

By all accounts, ineffective and unresponsive police and prosecution practices contribute to an unacceptable level of survivor case attrition. Official data on rates of arrest, prosecution, and conviction in survivor cases does not appear to exist or, if such information is in the possession of law enforcement agencies or prosecutor offices, it is not accessible to the public. Nor is information available to establish that police are conducting thorough investigations and prosecutors are striving to build strong cases against perpetrators.

Implementing the specialized practices discussed here will reflect an enlightened systemic understanding of the important ways in which adult survivors differ from other sexual assault victims and will incentivize survivors to break their silence and hold their perpetrators accountable under the law. In turn, transforming the legal process into one that gives victims the voice to which they are entitled and that no longer favors abusers over those abused will result in better case outcomes, thereby protecting children by taking more child predators off the street and by deterring other potential perpetrators from committing such crimes. Then, and only then, will justice for adult survivors be achieved, finally.

Neil Jaffee is legal counsel for a foundation that advocates on behalf of the legal rights of adult survivors of child sex abuse and lobbies for legal reforms that support survivors who seek to hold their perpetrators accountable in the justice system. He is a member of the National Crime Victim Bar Association and the National Alliance of Victims’ Rights Attorneys.

News
Can anyone lead the Southern Baptist Convention forward?
Follow us on Facebook!
Submit your photos to RNS