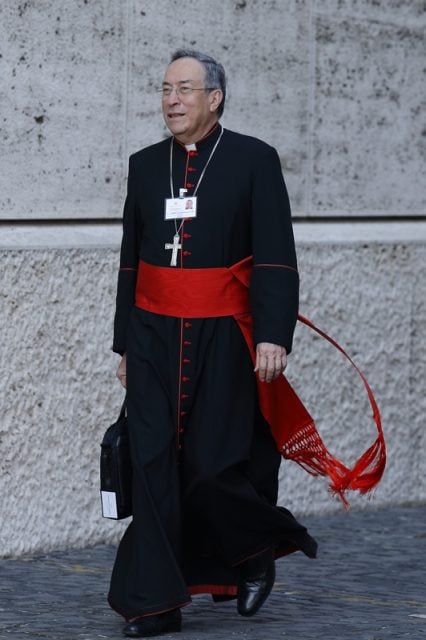 (RNS) Cardinal Oscar Rodriguez Maradiaga of Honduras, a top adviser to Pope Francis, has denounced the idea of “therapeutic abortions” — which are carried out because of fetal abnormalities — as a response to birth defects caused by the mosquito-borne Zika virus that is setting off alarms throughout Latin America.

Rodriguez’s comments, which came at Mass on Wednesday (Feb. 3) in the pilgrimage city of Suyapa, are some of the most direct from church leaders in the heavily Catholic region and may reflect a growing concern in the hierarchy about the ramifications of the public health debate over how to deal with the potential epidemic.

Although all forms of abortion are illegal in Honduras, Rodriguez said he was saddened to read a medical professional’s writing apparently in support of “therapeutic abortion,” which is one that is carried out if the life of the mother is in danger or if there is risk of fetal abnormality.

“We should never talk about ‘therapeutic’ abortion,” the cardinal said in his homily, according to Honduran media reports.

The Zika virus, which health officials say can also be transmitted by sex in some cases, is blamed for an apparent spike in the number of babies diagnosed with microcephaly. Infants with microcephaly have small heads and abnormal brain growth and suffer from a range of other health problems. 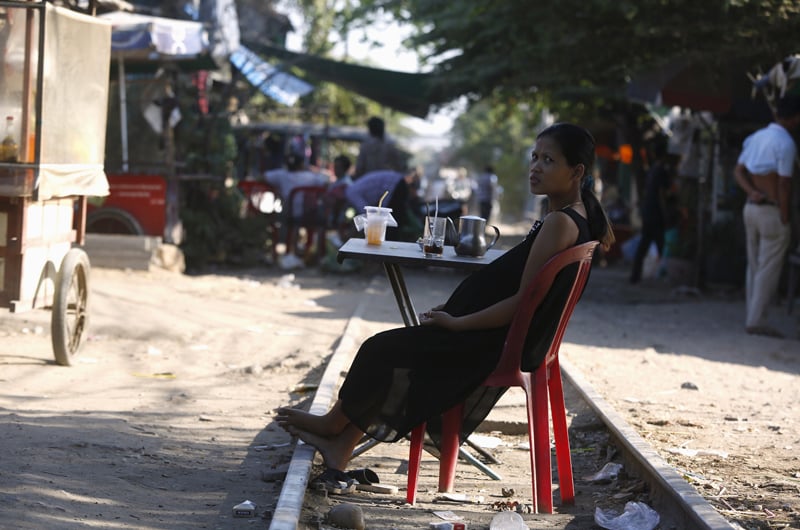 A pregnant woman rests on the railway track in front of her home as health officials collect mosquitoes and larvae to check for Zika virus at a village in Phnom Penh, Cambodia, on Feb. 4, 2016. Photo courtesy of REUTERS/Samrang Pring
*Editors: This photo may only be republished with RNS-ZIKA-ABORTION, originally transmitted on Feb. 4, 2016.

While it’s not clear how widespread the virus is and how likely it is that a fetus will develop abnormalities if exposed to the virus, the World Health Organization declared an international public health emergency on Monday and the first Zika transmission in the U.S. was reported on Tuesday in Texas.

But since December, government officials in various Latin American countries have been warning women to delay pregnancy until the virus is brought under control. In El Salvador, one health official said women should avoid getting pregnant this year and next year.

The advice to delay pregnancy raises questions for Catholics about using artificial birth control, which is against church teaching except in certain circumstances. Because discerning those circumstances is like threading “a fine theological needle,” as one theologian told CNN, the bishops in many countries have so far largely avoided making blanket statements on the issue.

The question of aborting fetuses with abnormalities, however, takes the issue to another level.

Abortion rights supporters have been using the crisis as an argument for liberalizing the region’s generally strict abortion laws, and that is putting pressure on church leaders to remind the flock that direct abortion is never acceptable.

“This is just a way to push laws for the legalization of abortion,” Danelia Cardona, head of the pro-life office of the Catholic Bishops Conference of Colombia, said in an interview published Thursday.

Cardona said some would like to make pregnancies affected by the virus eligible for termination by categorizing them as “high risk,” but added that such abortions would still not be allowed under Colombia’s current tough abortion law.

Evangelical and Pentecostal churches are also growing fast throughout Latin America, and while Protestant denominations are generally not opposed to most forms of birth control, they do often oppose abortion as strongly as the Catholic Church does.

It is not clear what message Protestant pastors are sending to their flocks in Latin America, but some in the U.S. are already providing guidance on the moral dilemmas.

Scott James, a professor of pediatrics in the Division of Infectious Diseases at the University of Alabama at Birmingham, this week wrote a column for the public policy arm of the Southern Baptist Convention in which he explained what the virus is and how Christians should not panic but do what they can to help those afflicted.

He also said that even if a believer does not oppose birth control, Christians should beware of any moral reasoning that would lead to aborting a Zika-infected fetus.

“Sacrificing the life of an offspring to avoid the possibility of infection or the prospect of living with disability is a wicked trade,” James wrote. “The God-given dignity of human life is more valuable than having our fear of earthly suffering assuaged.” 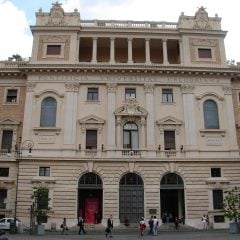