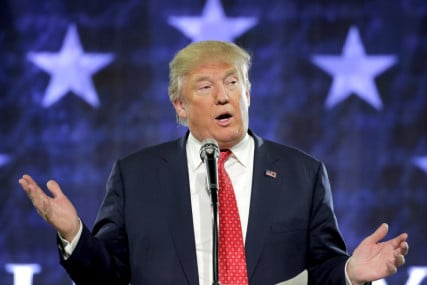 The continued popularity of Donald Trump and Ted Cruz among many conservative Christian voters demands an explanation, especially for those who shudder at the very idea that one of these two men might get within sniffing distance of the White House.

I propose that Trump and Cruz represent two very different kinds of failures for conservative Christianity, one old and longstanding, the other new and more disturbing.

Ted Cruz is the easier case. For the most part, he is following a particularly hardline version of the old Christian Right script, now operative in its tenth presidential election. You know it: Abortion bad, gay marriage really bad, liberals bad, secularism bad, Democrats bad. And: godly America, historic Christian heritage, call America back to God, take America back from the liberals, get the right judges on the Supreme Court, etc. It’s a familiar script, and it has been taught in many of America’s most conservative churches for decades. It is a message certainly not confined to Ted Cruz.

Still, those conservative Christians who support Ted Cruz based on that script are in many cases following the explicit teaching of their churches. They are good disciples in the terms that have been presented to them and that they believe. Their pastors have reason to be pleased with them.

Donald Trump is doing something very different and much more frightening. In his demeanor, he is violating every prior accepted standard of presidential civility. He is lathering up audiences for systematic demeaning of specific targeted groups, notably Muslims and Hispanics, through security appeals over terrorists and undocumented immigrants. He has also dismissed moral concerns about torture, and other rule-of-law considerations in war and foreign policy. He has more than once expressed respect for the leadership and toughness of foreign dictators. In sum, here is a presidential candidate frequently characterized by xenophobia, cruelty, vulgarity, and authoritarianism.

So then the question arises again: how  exactly can self-identified followers of Jesus support this man?

Based on my long and extensive experience with evangelicals, I cannot believe that any sizable number of these Christians have been taught to look for such characteristics in a president. So their supporting Trump does not respond to prior church teaching in the way that supporting Cruz responds to prior teaching. I find it very hard to imagine that too many pastors have offered this delightful Trumpian menu as part of their Christian instruction.

There are two main ways to interpret what is going on here. One lays most of the blame at the feet of these self-identified Christians. That is, in supporting this kind of person for president they are denying the teaching they have received. They are being disobedient, or at best, nominal Christians.

The other interpretation, though, is even more disturbing. That would be the idea that in the Christian moral formation of these supposed Christians they have not been offered an adequate inoculation against this kind of politics. What they needed was instruction in a version of Christianity with ironclad commitments to civility, solidarity, justice, mercy, compassion, rule of law, and human rights, commitments so strong and so well-engrained in believers that to support someone like Trump would be unthinkable. But they have not received that inoculation. So it is not there now, when it is needed, when the body politic faces a mesmerizing candidate of this exact type.

So I am saying that many conservative Christians support Ted Cruz because they embrace a flawed but familiar forty-year Christian Right political project, now being advanced by its most aggressive, clever, and well-funded candidate. Or they support Donald Trump because of a failure of their Christian moral formation to inoculate them against aspects of his person and message that should disqualify him. It’s a failure either way. But the latter failure is more radical, and more dangerous.