Republican presidential candidate Donald Trump speaks at a campaign rally at Winner Aviation in Youngstown, Ohio, on March 14, 2016. Photo courtesy of Reuters/Aaron P. Bernstein
*Editors: This photo may only be republished with RNS-GUSHEE-COLUMN, originally transmitted on March 16, 2016.

(RNS) After the simmering verbal and physical violence at Donald Trump’s rallies, I have a question for you:

Will God save us from Donald Trump?

Just Wednesday (March 16), Trump told CNN that if he doesn’t leave the GOP Convention as the Republican nominee for president, “I think you’d have riots.”

Given Trump’s manifest moral-psychological problems, and the increasing danger he poses to the Republic, both intensifying in proportion to the positive and negative attention he is receiving, how long will it be until divine justice prevails and he is finally brought low?

Such a question will make no sense to those who do not agree with my description of who Trump is and what he is doing to our country. If you don’t agree, I will not attempt to persuade you.

But if you do agree, and if you are a person of faith, I invite you to consider further questions that extend deep into the roots of biblical faith.

READ: Donald Trump and the preachers he resembles

Has God created the kind of world in which tyrants are defeated?

Is there a divinely given structure to the universe in which tyranny, just of its own nature, burns itself out?

Does the good and just God of the universe intervene in human history to bring tyrants down?

These kinds of questions arise in every context in which tyranny arises. It could be a setting as simple as a family, school or workplace, or as complex as a city, state or nation.

Driven by any number or combination of inner demons, this person dominates, bullies and harms those he is supposed to serve. The greater his power, the greater the harm he does. For a time, no one seems able to stop him, despite many prayers and profound suffering.

But so often, in the end, tyrants are destroyed.

The Bible speaks often of tyrants being brought low. Isaiah 13:11 is a representative verse:

I (God) will punish the world for its evil, and the wicked for their iniquity;

I will put an end to the pride of the arrogant, and I will lay low the insolence of tyrants.

This is a comforting promise to anyone under the heel of a tyrant. And very often history’s most brash and arrogant tyrants, the conquerors and emperors of the world, have indeed been brought low. They thought their reign would last forever, but it was over in the blink of an eye.

How did it happen?  Did God look down from heaven and say, “Enough!”

Or are tyrants brought down as a built-in consequence of their own actions? Might the downfall of tyrants look more like these lines from Psalm 1?

Happy are those who do not follow the advice of the wicked, or take the path that sinners tread, or sit in the seat of scoffers;

But their delight is in the law of the Lord, and on his law they meditate day and night.

They are like trees planted by streams of water, which yield their fruit in its season, and their leaves do not wither.

In all that they do, they prosper.

The wicked are not so, but are like chaff that the wind drives away …

This wisdom psalm assumes that God has created the kind of world in which the lives of godly people, rooted in divine law and seeking moral virtue, yield good fruit. The wicked, however, self-destruct. The residue of their lives is like chaff that blows away in the wind.

There are logical reasons why tyrants are brought low, no miracles required. One reason is that their actions inevitably evoke opposition. Those who are denigrated, harmed or threatened form the first circle of opposition. Those who are morally offended but not directly threatened often join them. Those tempted to remain bystanders find it increasingly difficult to sit on the sidelines.

It is of the nature of the tyrant to respond to such opposition with greater and more costly resistance. And so it goes, until the spiral reaches some kind of terrible climax.

I am not claiming either that God can be counted on to intervene when human communities are threatened by tyrants, or that a tyrant’s self-destruction will always occur before he does great damage. Many tyrants have been brought low only after they had time to do a great deal of harm. 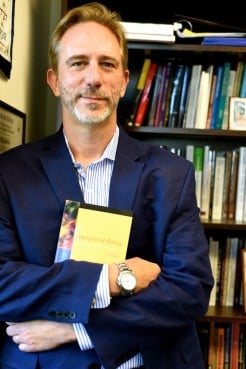 I have no doubt Trump is becoming a kind of tyrant-in-waiting and that one day he will be brought low. But I do not know whether he will be brought low at the GOP Convention this summer; or in the November election; or sometime after we Americans foolishly, tragically, unforgivably, make him president.

I do not know whether he will be given time and power to do the kinds of harm that his behavior and that of some of his followers suggest might be possible.

That, really, is up to us. Because we still live in a democracy. At least for now.

(David Gushee is Distinguished University Professor of Christian Ethics and director of the Center for Theology and Public Life at Mercer University. He writes the Christians, Conflict and Change blog at RNS)