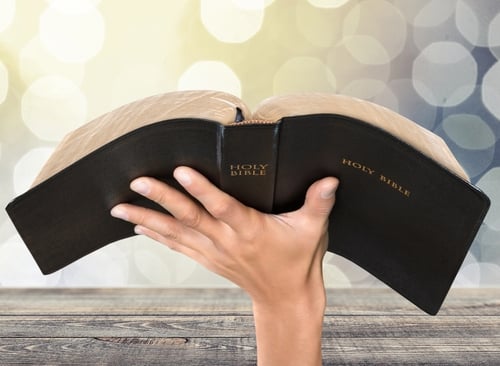 NASHVILLE, Tenn. (Reuters) – The governor of Tennessee vetoed legislation on Thursday that would have made the Christian Bible the state’s official book, saying it would violate the U.S. Constitution, but lawmakers vowed to hold a vote to overrule his decision.

In a letter notifying top state lawmakers of his intent to veto the legislation, Governor Bill Haslam, himself a Christian, said the proposal violated religious freedoms enshrined in both the U.S. Constitution and the Tennessee Constitution.

“My personal feeling is that this bill trivializes the Bible, which I believe is sacred text,” Haslam, a Republican, wrote.

The veto comes a week after the state Senate voted to make the Bible the state’s official book. That vote followed the state House’s approval last year.

Haslam, who won re-election in 2014, faced mounting pressure from civil libertarian and non-theistic groups to stop the measure from becoming law.

Hedy Weinberg, executive director of the American Civil Liberties Union of Tennessee, praised the decision, saying elected officials should not “use their official positions to favor one religious belief over another.”

Had Haslam signed the bill, Tennessee would have become the first U.S. state to designate theBible as its official state book.

The lawmakers who sponsored the measure vowed to hold a vote that would overrule Haslam’s veto. A simple majority in each legislative chamber would overrule his decision.

“According to polling, 62 percent of all Tennesseans favor making the Holy Bible the state book in order to recognize its significance from a historical, economic and cultural standpoint,” the House sponsor, Representative Jerry Sexton, said.

“Senator (Steve) Southerland and I are prepared to move forward with a veto override and we plan to do exactly that.”