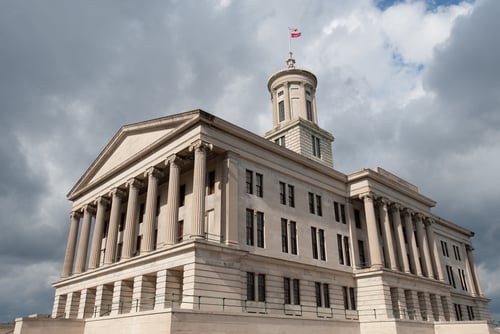 On Tuesday (April 5), the Tennessee Senate approved House Bill 0615, a bill that “designates the Holy Bible as the official state book.”

(RNS) The state amphibian of Tennessee is the cave salamander. The state sports fish is the smallmouth bass. The state insects are the firefly and lady beetle. The state dance is the square dance. The state reptile is the eastern box turtle.

And if Tennessee lawmakers get their way, the state book will be the Bible.

On Tuesday (April 5), the Tennessee Senate approved House Bill 0615, a bill that “designates the Holy Bible as the official state book.” If Gov. Bill Haslam signs this bill into law, Tennessee will be the first state in the Union to pass such a resolution. A similar attempt in Louisiana failed in 2014. In Alabama, the King James Bible that was used to swear in Jefferson Davis as the president of the Confederate States of America in 1861 has been designated the “State Bible.”

Defenders of the bill claim they want to make the Bible the official state book because it has been so prevalent in the history of Tennessee. One proposed amendment to the bill argued the Bible is important because families recorded their vital records (births, deaths, marriages) in Bibles, Bible publishers such as Thomas Nelson and Gideons International are based in Tennessee, and two state songs, “My Tennessee” and “Tennessee,” reference God.

Another legislator, perhaps fearful that this historical argument would not be enough to quell the bill’s opponents, proposed that the “personal Holy Bible of President Andrew Jackson,” currently in the possession of the Hodges Library at the University of Tennessee in Knoxville, be designated as the official state book. In an age in which monuments and symbols commemorating former slaveholders are under attack, making Jackson’s Bible the state book would bring a whole new set of problems.

Legislators supporting this bill have the past on their side. The Bible has been part of the history of Tennessee much in the same way that it has played a role in the history of virtually every other state in the union. Though no state has ever made the Bible its “official state book,” other state legislatures, and even the U.S. Congress, have passed “Year of the Bible” resolutions.

READ: A majority of people in Scotland have no religion

But when it comes to these kinds of symbolic gestures, appeals to the past can only take us so far. The past is past. It’s frozen in time. Yes, the Bible was important to the people of Tennessee in the 19th century. So was slavery. But I don’t think any legislators are interested in making it the “state institution.”

It goes without saying that there are a lot of people in the state who think the teachings of the Bible are still relevant. This gives House Bill 0615 some historical footing. People valued the Word of God in the past and they continue to value it in the present. 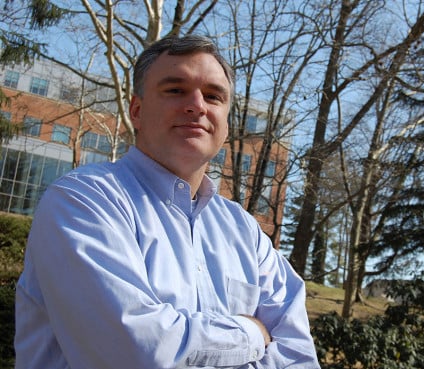 John Fea teaches American history at Messiah College in Mechanicsburg, PA. He is the author of “The Bible Cause: A History of the American Bible Society (Oxford University Press, 2016).” He blogs daily at www.thewayofimprovement.com. Photo courtesy of John Fea

But Tennessee is not as homogeneously Protestant as it was in the 19th and 20th centuries. The U.S. as a whole, Tennessee included (at least to certain degree), has become religiously diverse. The people of the state no longer share a common Christian heritage, making House Bill 0615 look like little more than an attempt by legislators, perhaps threatened by such religious diversity, to protect a Christian culture that seems to be steadily eroding.

Times are changing in Tennessee. While the Bible remains a valued spiritual guide — the Word of God — to many people living in the state, attempts to make it the official state book are more about heritage than history. Heritage uses the past as a bludgeon. It gives the past political power and moral authority in the present that it was never meant to have. Heritage is more concerned with exclusion than inclusion.

There are a lot of reasons why Haslam should veto this bill. The failure of the Tennessee Legislature to understand history is one of them.

(John Fea chairs the history department at Messiah College in Mechanicsburg, Pa. He is the author of five books, most recently “The Bible Cause: A History of the American Bible Society” (Oxford University Press, 2016)).  He blogs daily at thewayofimprovement.com. Follow him on Twitter @johnfea1)

News
In many COVID hot spots, a pattern: High concentrations of white evangelicals
Follow us on Facebook!
Submit your photos to RNS