“In our church, headquartered in Salt Lake City—not the fundamentalist and often violent or bizarre break-off groups such as the one made infamous by Warren Jeffs—but the LDS Church of the Tabernacle Choir, Mitt Romney, and Donny and Marie Osmond—the church that I attend weekly—polygamy is not an artifact in a museum. It is alive and unwell, a Ghost that has a dark life of its own—hiding in the recesses of the Mormon psyche, inflicting profound pain and fear, assuring women that we are still objects, damaging or destroying marriages, bringing chaos to family relationships, leading many to lose faith in our church and in God. In spite of its obvious damage, the Ghost is given an honored place at the family table.” (From The Ghost of Eternal Polygamy, 7)

When Carol Lynn Pearson was sixteen years old, she heard her seminary teacher bear his testimony, articulating cherished beliefs that, for him, involved polygamy.

“He told us about being sealed to his beloved first wife, who had died, and his second wife. He bore testimony that he would claim both of those women in heaven as his wives. He also bore testimony that Heavenly Father has many, many wives,” says Pearson.

“That was the very first earthquake in my spiritual life.” 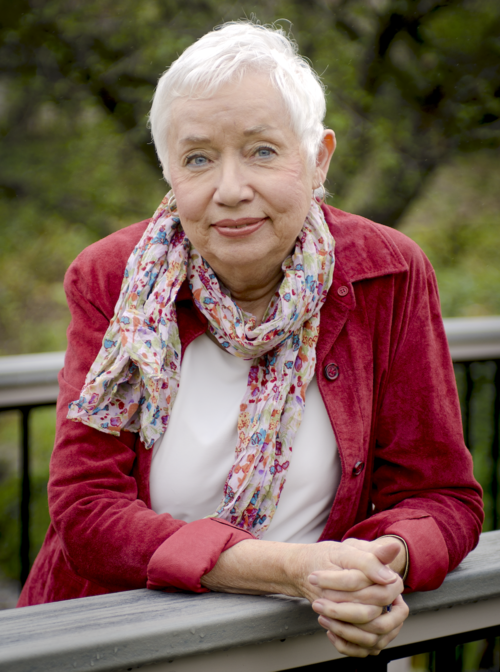 Pearson knew in her heart that something was wrong. How could plural marriage be correct doctrine? So throughout her adult life, she researched this at length, and recently helped conduct a large snowball survey of more than 8,000 Latter-day Saints about how they feel about polygamy.

Her book, The Ghost of Eternal Polygamy, draws on this research—and on many personal stories—to demonstrate that the idea of plural marriage being practiced in eternity is hurting women and men in the here and now.

RNS: What did the survey tell you?

Pearson: Only about 15% of people said polygamy was just fine, and that they trusted God and it would all be worked out in heaven. The other 85% gave their personal stories of extreme pain and difficulty around those issues.

This may be the most egregious “women’s issue” that is still floating out there with no one addressing it. This can’t continue, because it’s just too damaging.

RNS: How is it damaging?

Pearson: Polygamy is still “alive and unwell” in our psyches even if we’re not aware of it. Everyone sort of knows that D&C 132 is still there, and that Emma Smith was told she would be destroyed if she wouldn’t go along with it. But the very specific ways that polygamy damages people in the Mormon community came out in the responses.

For example, the first story I tell in the book is of a woman who becomes a hypochondriac. She’s a young woman, still in her thirties, but she has constant fear that if she dies young then her husband will take another wife. And this will be her lot in eternity, an eternity that she now fears with all her heart.

Especially it’s a terror to sealed widows. A widow who is sealed to her first husband is considered way out of the pool of attractive women for Mormon men to date. One man actually hung up the phone when a woman told him she was a widow. “You’re no good to me” was his reaction, because in the next life he would have to turn her over to her first husband that she was already sealed to. Also, her children from her first marriage and her children with the second husband would all belong to her first husband in the afterlife. I have many stories from people who have written to the General Authorities, begging to be free of this. 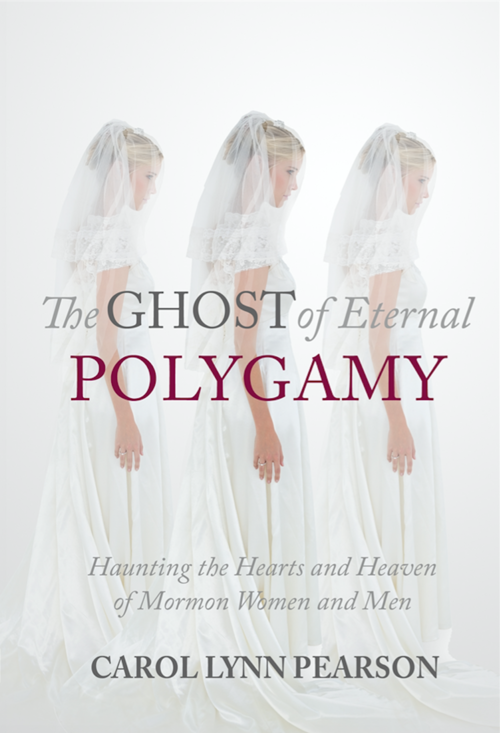 RNS: Are other groups of women damaged by this enduring notion of polygamy being practiced in heaven?

Pearson: The chapter on “How do I love thee?” is about the phenomenon of romantic love and how it is violated by polygamy. So many women wrote back that they were holding back a part of their heart from their husbands because of this fear. One wrote, “Knowing that you may have to watch your beloved also love another someday—even by commandment!—makes you hold back, just a little, so that something of you can be left when the blow comes.”

RNS: How do you respond to the idea that “Heavenly Father will work all that out in the afterlife”? I hear that a lot, and don’t find it a very satisfying answer.

RNS: There are some sad and powerful stories about this doctrine driving people away.

Pearson: One story was from a bishop. A young woman came in to see him with a question. Her mother had died some years before, and her father had just been sealed to a second wife. Fearfully she asked the bishop, “Are we now a polygamous family forever? I thought our church didn’t practice or believe in polygamy.” The bishop was resentful that he was the one that had to tell her yes, this is the doctrine. She disappeared from a ward family that loved her and never came back.

In another story, a temple president’s wife wrote that the day before she had told an investigator that the blessings of the temple are the same for everyone. She then felt afterward that she had lied, because they’re not. Our sealing practices are not equal at all.

RNS: Do you see any recent change in the church’s position?

Pearson: Some few years ago, there was a little bit of a shift in that a deceased woman could be sealed to all of the men she had been married to in this life, so long as all of them were now dead. The idea is that she will choose which one she wants to be with after death.

RNS: If wishes were horses and you could change the church’s policy on eternal polygamy and temple sealings, what would a more just policy look like?

Pearson: My next to last chapter is very clear about the path I’m laying out. Let’s just say that I believe it’s essential for men and women to be placed on equal ground. Polygamy is indefensible. My position is that it was an error and needs to be corrected.

Support Jana’s Kickstarter campaign for “The Next Mormons” now through July 29.

Click here to be a part of this project. Just over one week left!