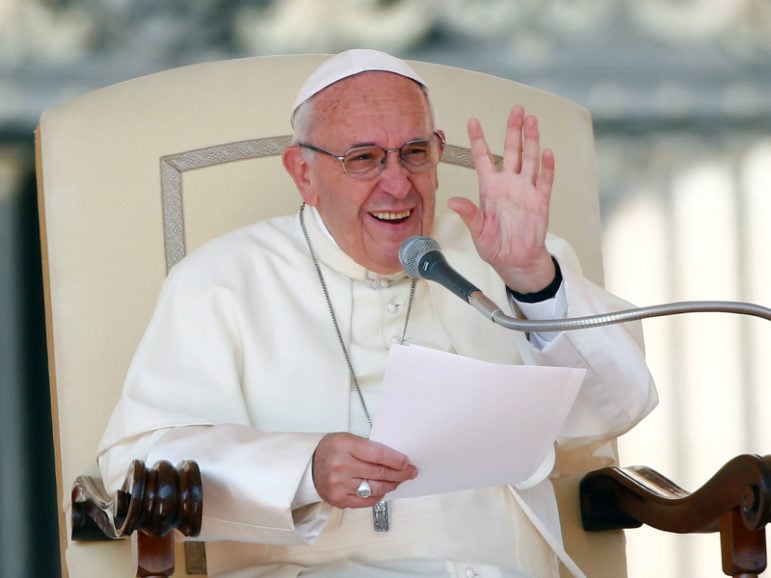 At his weekly audience in St. Peter’s Square at the Vatican on Sept. 28, 2016, Pope Francis renewed his appeal for peace in Syria. Photo via Reuters/Remo Casilli

VATICAN CITY (RNS) Pope Francis said those bombing civilians in the besieged Syrian city of Aleppo will be “accountable to God” for their actions as he renewed his appeals for peace amid an intensifying civil war in that country.

It also emerged Wednesday (Sept. 28) that the pontiff has asked a Catholic charity to auction the cars used on a recent trip to Poland and use the proceeds to help Syrian refugees in Lebanon.

The pope’s emotional appeal for peace in Syria came during his weekly general audience in St. Peter’s Square, in which he voiced his heartfelt support and prayers for the people of Aleppo.

The pope expressed his “deep sorrow and concern for what is happening in that already battered city — where children, the elderly, the sick, young and old, are all dying” amid reports that the Syrian government had launched an intense air and ground offensive there.

“I renew my appeal to everyone to commit themselves with all their strength to the protection of civilians as an imperative and urgent obligation,” Francis said.

Then, departing from his prepared text, Francis appealed directly to those responsible for the bombing, warning that they will be “accountable to God” for their actions.

Since a cease-fire collapsed last week, rebel-held areas of Aleppo have been heavily bombed, and there is growing international concern over the plight of the city’s 250,000 residents, many of them children.

On Wednesday morning, the Syrian military announced it was launching “concentrated airstrikes” in Aleppo and nearby areas.

Meanwhile, the Polish branch of the Catholic charity Caritas is auctioning three vehicles used by the pontiff on his visit to Poland for World Youth Day in July.

“In accordance with the wishes of Pope Francis, the profits will go towards the purchase of a mobile clinic for treating Syrian refugees in Lebanon,” said Agnieszka Homan of Caritas Poland.

During his stay in Poland, the pope used three cars, each a blue Volkswagen Golf. They come with the license plates “KI POPE,” “K2 POPE” and “K3 POPE” and certificates detailing the routes traveled by the pontiff.

Media reports said bidding for the car Francis had used to travel from the southern city of Krakow to the Jasna Gora monastery, which houses the Black Madonna of Czestochowa, had already reached 40,100 zloty ($10,500). Bidding will continue until Oct. 9.

It is not the first time the pope has made such a gesture. In 2014 he auctioned a classic Harley-Davidson and donated the proceeds — more than $290,000 — to Caritas for the renovation of a homeless shelter.

And the small Fiat 500s that Francis rode in during his U.S. trip a year ago were later auctioned by the archdioceses in New York and Philadelphia, with one bringing $300,000 for charity — 10 times the car’s appraised value.

World Youth Day drew hundreds of thousands of faithful from around the world to Poland, where the pope championed the rights of migrants and in particular Syrian refugees.

Poland’s right-wing government has been staunchly opposed to accepting refugees because of security concerns — a view shared by many of the country’s 38 million residents.

At a meeting Monday with members of the World Jewish Congress at the Vatican, the pope said: “Europe often forgets that it has been enriched by migrants. Europe is closing itself up.” 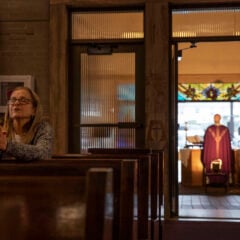 News
Study: Only half of American households donate to charity