(RNS) You could not have asked for better timing.

As the gates of Yom Kippur were closing, we learned that Bob Dylan, the single most iconic singer-songwriter of the past half-century, had just won the Nobel Prize in Literature.

This is great news, on several levels.

First, it single-handedly affirms the literary worthiness of rock music. For decades, we (and cool high school English teachers) have known that many singer-songwriters have been creating miniature works of literature.

Somewhere, in a moving box, is my copy of Richard Goldstein’s The Poetry of Rock, which features works by Dylan, Paul Simon, Leonard Cohen, John Lennon and Paul McCartney, among others. We knew it then — rock lyrics could be poetry. And now, the Nobel Committee has made sure that the world knows it, as well.

Second, it is a noteworthy piece of Jewish news. Dylan is now the 15th Jew to win the Nobel Prize in Literature. He joins such luminaries as Boris Pasternak, S.Y. Agnon, Nelly Sachs (who shared the prize in 1966), Saul Bellow, Isaac Bashevis Singer and Nadine Gordimer.

Yes, some would say, in Brooklynese, that Philip Roth “wuz robbed,” and that he should have won a Nobel. I hope that he still will win one.

Dylan’s work incorporates, reflects and even illustrates the Jewish experience in the world. True: It has not always been the case. For a while, Dylan was a born-again Christian, and those themes appeared in his music.

Check out his album “Slow Train Coming” — with crosses on the cover, and crosses in the music.

At times, he sounds like Paul — and I am not talking McCartney.

Here is my list of “Bob Dylan’s Greatest Jewish Hits”:

Dylan’s true Jewish musical heir is his son-in-law, Peter Himmelman. He is an observant Jew, and his music is infused with Jewish themes. He is also an author; check out his new book on the meaning of creativity.

“Talkin’ Hava Nageilah [sic] Blues” (1962). This was 1962 — still years before American Jews were comfortable with overt ethnic consciousness. And yet, here is this 21-year-old kid from Hibbing, Minn., singing “Jewish.”

But this pales in significance to:

When the Second World War

Came to an end

We forgave the Germans

And we were friends

Though they murdered six million

In the ovens they fried

The Germans now too

Have God on their side.

As Deborah Lipstadt points out in her new book on the Holocaust and American consciousness, American culture had not yet become comfortable talking about the Holocaust.

“With God on Our Side” was, therefore, one of the earliest references to the Holocaust in American popular culture.

And, though it did not mention “Jews,” it did mention the 6 million, as well as a grisly reference to the disposal of the bodies.

Dylan was one of the first figures in American culture to mention the Holocaust.

In so doing, he actually helped American Judaism find its voice.

You have earned this great honor.

And if you are hesitant about this, and wonder if you really deserve it:

(Rabbi Jeffrey K. Salkin is the spiritual leader of Temple Solel in Hollywood, Fla., and the author of the Martini Judaism column at RNS) 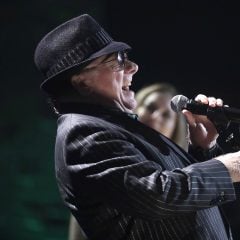 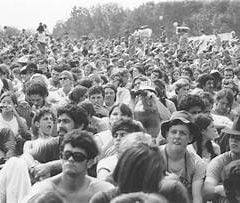 Martini Judaism
What was the legacy of Woodstock?
Follow us on Facebook!
Submit your photos to RNS