(RNS) She never used his name. Or mentioned the recording that roiled so many of his evangelical Christian supporters.

But popular evangelical speaker and author Beth Moore clearly repudiated Republican presidential nominee Donald Trump’s remarks about women and the Christians who have defended him in a series of tweets on Oct. 9.

“Try to absorb how acceptable the disesteem and objectifying of women has been when some Christian leaders don’t think it’s that big a deal,” Moore tweeted.

Try to absorb how acceptable the disesteem and objectifying of women has been when some Christian leaders don’t think it’s that big a deal.

And Moore isn’t the only prominent evangelical woman who has spoken out in the week since the release of the now-infamous “Trump tape,” a 2005 recording of Trump bragging about forcibly kissing and grabbing women and attempting sex with a married woman. 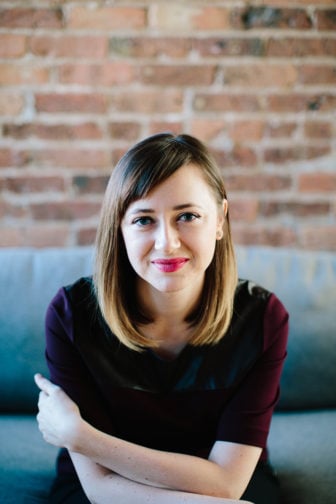 Katelyn Beaty, editor at large of Christianity Today and author of “A Woman’s Place: A Christian Vision for Your Calling in the Office, the Home, and the World.” Photo courtesy of Katelyn Beaty

“I think it took a comment from Trump that personally affected a majority of evangelicals for there to be a tipping point,” said Katelyn Beaty, editor at large of Christianity Today and author of “A Woman’s Place: A Christian Vision for Your Calling in the Office, the Home, and the World.”

“More than half of every church is women, and all those women are affected by comments about sexual assault.”

The Pew Research Center’s Religious Landscape Study backs that up: 55 percent of all evangelical Protestants are women, according to its findings.

And while “men who have a very clear institutional position of leadership” are viewed as spokespeople for evangelicalism, Beaty said, evangelicals themselves are more likely to look to writers and speakers, both men and women, as leaders.

Anglican pastor Tyler Wigg-Stevenson pointed out on Twitter that Hatmaker, a woman, has more Twitter followers than Dobson, Falwell, Reed and Tony Perkins combined — and her Facebook audience is even larger.

Last week, an open letter condemning Trump’s remarks drew more than 400 signatures of female Christian leaders in the first hour it was posted — more than 800 in the hours after that, according to the Rev. Jennifer Butler, CEO of the Faith in Public Life Action Fund.

A number of male Christian leaders followed, including John Piper, James MacDonald and Russell Moore, who has been steadfast in his opposition to Trump. Wayne Grudem recanted earlier statements of support for the candidate. Both Christianity Today and conservative Christian publication World Magazine published editorials criticizing both Trump and his evangelical defenders. And on Friday, the hashtag #EvangelicalsAgainstTrump took off on Twitter.

That comes even as others like Ralph Reed, Jerry Falwell Jr. and James Dobson have doubled down in their support of the Republican nominee and #WomenWhoVoteTrump started trending on Twitter. Notably, Beaty said she hasn’t heard any prominent evangelical women voice support for the Republican presidential nominee. 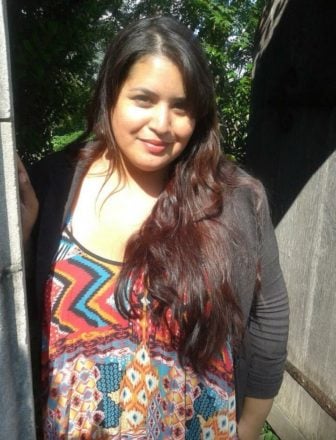 AnaYelsi Velasco-Sanchez, the organizing and programs director for The Reformation Project and a signer of a petition opposing statements by GOP presidential candidate Donald Trump. Photo courtesy of Matthew Vines

More than 20,000 women and men also have signed onto a petition on change.org started by evangelicals denouncing Trump’s statements not only about women, but also about Mexicans, immigrants, Muslims and refugees. That petition also denounces the idea that “evangelical” means “mostly white, politically conservative, older men.”

And many nonwhite, female evangelicals across the political spectrum have been speaking out against Trump since he first announced his campaign for president.

“There are almost two evangelicalisms in the United States,” said AnaYelsi Velasco-Sanchez, the organizing and programs director for The Reformation Project and a signer of the petition.

“I really, really want acknowledgement and credit given to the women of color who have been at the forefront of that, who have lost speaking opportunities, financial opportunities, as a result of their staunch opposition. I think suddenly pretending this is a new conversation is disingenuous and disrespectful to their efforts.” 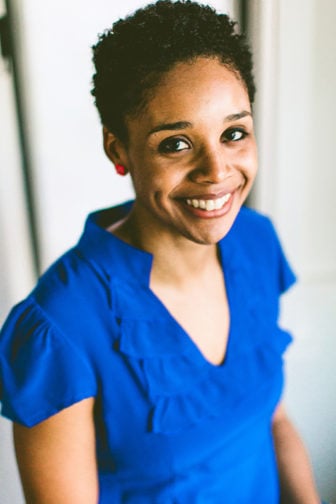 White evangelical women may not have been comfortable talking about politics previously, Velasco-Sanchez said, but for women of color, it’s “survival work.”

Larycia Hawkins’ decision last December to wear a hijab in solidarity with Muslim women — a decision that led Wheaton College to part ways with its first black female tenured professor — was sparked by Trump’s proposal to ban Muslims from entering the United States, Christena Cleveland pointed out.

Cleveland, associate professor of the practice of reconciliation at Duke University’s Divinity School, wrote a blog post back in March describing Trump’s campaign as a reaction to increased diversity in the U.S. — a trend affecting evangelicals whose ranks are 76 percent white, according to Pew.

“People of color in every space have been deeply, deeply concerned and have been making public proclamations against him that have come at great cost to them and no one was listening,” she said. 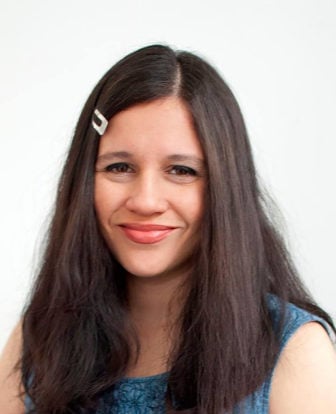 Marlena Graves has been tweeting about Donald Trump’s “over-the-top” remarks on Mexicans and undocumented workers since he launched his presidential campaign. Photo courtesy of Grace Frederick

While she’s frustrated it’s taken so long for the larger church to listen, Marlena Graves, activist, author, speaker and petition signer, said she’s “just glad it’s getting out into the light.”

Graves, who has been tweeting about Trump’s “over-the-top” remarks on Mexicans and undocumented workers since he launched his campaign, hopes evangelicals will learn from the women, particularly black, Hispanic, Asian and Native American women, within their ranks.

“Who did Jesus spend his time with? The people on the margins, and I think we have something to say — I don’t want to say to the church, but to the white church,” Graves said.