(RNS) The nation knows how evangelicals, Protestants and Catholics voted on Election Day. There is hard data on much smaller religious groups — Mormons and Jews. We even have the numbers to distinguish between the voting preferences of white and Latino Catholics.

But Muslim voters? No.

That’s because — at 1 percent of the electorate — Muslim Americans barely register in the national exit polls.

Pollsters and other students of politics say the day has not yet come when the Muslim vote, nationally, makes a significant imprint on the elections. But that doesn’t mean that they lack meaningful statistics on how Muslims in America lean politically. Nor does it mean that politicians can safely ignore this demographic. 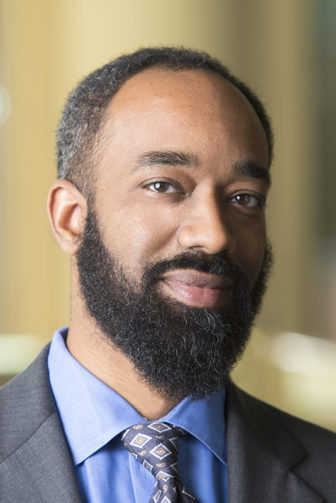 “The picture is mixed,” said Besheer Mohamed, a senior researcher at the Pew Research Center who specializes in religion.

“On the one hand, it seems clear that Muslims are a pretty small part of the population. On the other hand, they are concentrated in some states and metro areas that might increase their voting powers in those specific areas.”

There are about 3.3. million Muslim Americans, according to Pew, with larger Muslim communities in New York, New Jersey, California, Florida, Michigan, Illinois and Texas.

Also lending Muslims political clout: the racial and ethnic diversity within the community, and — though many more lean Democratic than Republican — their tendency to align with Democrats on some issues and Republicans on others, Mohamed said. A 2011 Pew study on Muslim Americans showed that they were more supportive of Obama than Americans in general.

American Muslims are black, Southeast Asian, Arab and white, with no one group accounting for more than 30 percent of all Muslims. Many are immigrants. Many are not.

Take their views of immigration — surveys show no “Muslim” view of the subject, Mohamed said. While a little more than half of African-American Muslims, most of whom are born in this country, say immigrants mostly benefit the nation, 8 in 10 immigrant Muslims hold that view.

If he had to characterize a “typical” Muslim American voter, Mohamed said he would say “a big government, social conservative.”

They tend to support more social services and government help for the poor. “But they also share some of evangelicals’ concerns about same-sex marriage and homosexuality being accepted by society,” he said, citing Pew studies.

Jon McHenry, vice president at North Star Opinion Research, a Northern Virginia firm that advises Republican candidates, said Muslims’ influence in elections will depend in part on whether they side with the majority or minority party wherever they may vote. 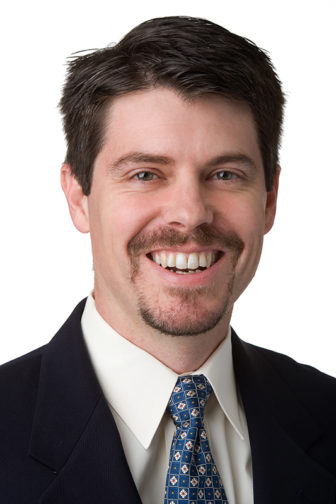 “To the extent they’re in California, they could have an outsize influence if they vote Republican. If they vote Democrat, they’re yet another group that votes for Democrats in California.”

McHenry compares Muslim voters to Jewish voters, who — at about two percent of the U.S. population — also represent a very small portion of the electorate. But in some congressional districts, they make up a significant group of voters.

And even nationally, with many Jewish communities in swing state Florida, for example, they show up on both Democrats’ and Republicans’ radar — even though about three-quarters of Jewish Americans tend to vote for Democrats.

Why aren’t Muslims showing up in the national exit polls? They haven’t crossed the pollsters’ threshold.

National exit polls are paid for by the National Election Pool, a consortium of six major news organizations: ABC, CBS, CNN, FOX, NBC and The Associated Press. Since 2003 the consortium has contracted with Edison Research, a New Jersey-based company, to conduct exit polls at hundreds of polling places nationwide.

Joe Lenski, Edison’s executive vice president, said that 8,246 voters this year were asked about their religion, and of them, about 1 percent identified themselves as Muslim.

That’s translates to about 80 people, well short of the 100-person minimum the consortium told Edison it needs to release data on a voting subgroup. The margin of error for a group of less than 100 rises above plus or minus 10 percentage points — which the consortium considers too high for the statistics to be strong enough to report.

Edison has found that Muslims have held steady at about 1 percent of the electorate since 2004.

When will there be enough Muslim voters to make a dent in the exit polls? It’s unclear, but not likely the next national election.

Pew researchers project that Muslims will grow to about 2.1 percent of the national population by 2050 — or about 8 million people.

McHenry reminds that American Muslims are still heavily an immigrant group, and that it takes some time for immigrants to gain citizenship and voting rights.

And the rate at which the Muslim electorate grows from its current 1 percent may also depend on President-elect Donald Trump, added McHenry, whose firm worked for GOP rival Marco Rubio. Trump has called for both a ban on and “extreme vetting” of Muslims coming into the U.S.

“If he has his way, it may stay at 1 percent or decline,” McHenry said of the president-elect. “We’ll see.”

Opinion
Netflix’s ‘My Unorthodox Life’ is an exposé that fails to explain some basic facts
Follow us on Facebook!
Submit your photos to RNS