(USA Today) The Islamic State is urging its followers to attack U.S. churches and has published names and addresses of thousands of prospective targets, according to a report in the news website Vocativ.

The series of messages appeared on Telegram, a messaging app that allows users to send encrypted messages to one another. The group also uses social media to provide instructions on constructing and igniting explosives.

The information on U.S. churches was based on information already available online and includes a public directory of churches across all 50 states, Vocativ said.

Another post urged followers to attack churches, hotels, crowded coffee shops, streets, markets and public places and provided some examples in the U.S. Canada, France and the Netherlands, Vocativ said.

The SITE Intelligence Group has cited similar Islamic State postings in recent days. The Islamic State claims one of its “soldiers” carried out an attack Monday at a Christmas market in Berlin that killed 12 people. A global manhunt is underway for suspect Anis Amri, 24, a Tunisian national.

Cities across the U.S. have bolstered security around holiday events following the Berlin attack.

In New York and Chicago, law enforcement officials said police presence has been increased for holiday events despite no intelligence that indicates specific threats to their cities. In Boston, Mayor Martin Walsh said the city deployed police and put barriers in place around the Boston Holiday market.

(Aamer Madhani contributed to this report) 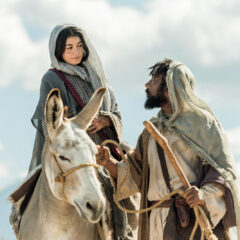 News
Theater release for ‘The Chosen’ Christmas special breaks records
Follow us on Facebook!
Submit your photos to RNS