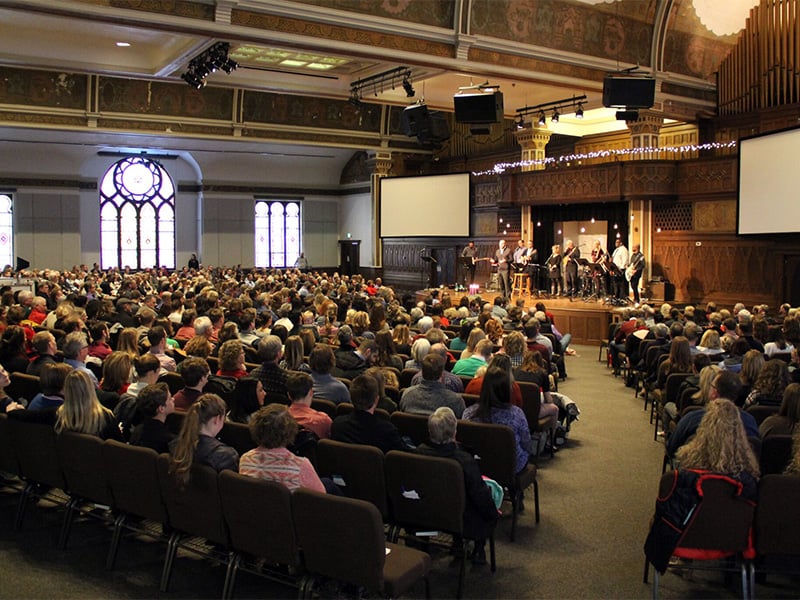 (RNS) In 2009, a friend told me that the prominent evangelical leaders who were pro-LGBT could all fit into a minivan. I struggled to prove him wrong.

But over the last eight years, a number of evangelical scholars have argued for alternate readings of key biblical texts that would make space for LGBT relationships. Evangelical writers have penned blog posts, leaders have made public declarations and evangelical pastors have led their churches to consider welcoming LGBT couples.

And now, after nearly two years of internal deliberation, the elders of Denver Community Church have announced they will welcome LGBT persons into all levels of membership, ministry and leadership. Founded in 2001, the non-denominational evangelical church attracts as many as 1,500 worshippers to its two campuses each week. The average attendee is estimated to be in their 30s.

“We officially encourage you, invite you, and support you as we do with all who call DCC home, to be involved in the ministry, the community, and the work of this church at any and all levels of leadership.”

Pastor Michael Hidalgo says he and his elder team decided to start an ongoing conversation on the topic in 2015. After the conversation revealed a near 50/50 split on LGBT inclusion, the leadership decided to enter into a period of discernment, discussion and reflection.

The leaders met twice a month for 18 months to dialogue. According to Hidalgo, the most transformative part of the process involved listening to those from outside the congregation. The elder team invited members of the LGBT community, LGBT allies and non-affirming straight people to speak to them without agenda.

“Listening to others reminded us that we were not talking about an issue, but about human beings who exist on all sides of the discussion,” Hidalgo said. “This is about mothers and fathers, sisters and brothers, sons and daughters, friends and neighbors and God’s love for all of them.”

In late 2016, DCC elders realized they had still not reached full agreement but decided to seek unity rather than uniformity. Sitting around the table once again, the elders freely voiced their opinions. Every leader stated that they wanted the church to adopt a position of full inclusion of LGBT people.

On the four Wednesday nights following the announcement of the church’s new position, DCC will host conversations with their membership. Leaders are encouraging congregants to ask questions and even disagree. They are also asking DCC’s members to spend more time with those holding alternate views and resist the urge to gravitate only toward like-minded friends. This posture, Hidalgo believes, may explain why the decision to be inclusive has not created a schism as it has in other churches.

“We’ve consistently encouraged our people to ask difficult questions and learn together, which is probably part of the reason that there was not a single blow-up among our elder team at any point in the process,” Hidalgo said.

Hidalgo says he knows of only two DCC members who have decided to leave the church, and both expressed their rationale with “kindness” and “maturity.” He has also been contacted by several outside pastors who say they want to move in a similar direction and would like information about DCC’s process. 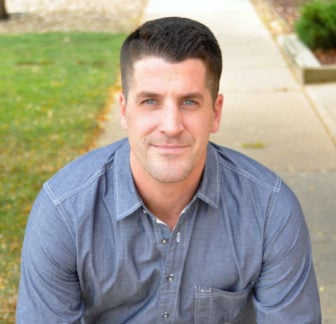 While Hidalgo says he would personally consider performing a same-sex wedding “if the couple met the high standard I have for any couple who asks me to marry them,” there is no mandate for other DCC staff members to do likewise. Each minister has been instructed to “follow their heart” when deciding whether to perform any wedding.

DCC’s announcement is likely to create waves because of the congregation’s large size, the amicable way in which the decision was made and Hidalgo’s evangelical pedigree.

A graduate of the conservative evangelical Cedarville University and Grand Rapids Theological Seminary, Hidalgo has served DCC for a decade. Earlier this year, he and 50 other InterVarsity Press authors landed in the news when they signed a public letter disapproving of InterVarsity’s policy to “involuntary terminate” employees who supported same-sex marriage.

Another reason DCC’s announcement will be a big deal in the world of American Christianity is precisely because it won’t feel like a big deal to so many.

Hidalgo is the latest in a string of evangelical leaders who have studied the Bible, committed to a period of discernment and then publicly changed their minds on same-sex issues.

The pace of such announcements seems to be quickening.

Even more interesting, the announcements that used to sound shocking now seem commonplace. And this signals a shift. When the surprising no longer surprises, it’s an indicator that, in the words of Bob Dylan, “The times, they are a-changin.'”

My friend offered a bit of hyperbole in 2009 when he said that pro-gay evangelical leaders could all fit in a minivan. But his underlying point rang true: the overwhelming majority of evangelical leaders strongly opposed same-sex marriage and relationships at that time. Of course, that was 2009 and much has changed. Consider:

It seems the minivan has become a caravan. And you can now add “Michael Hidalgo” and “Denver Community Church” to the passenger manifest.