(RNS) As I write, the identity of the Manchester terrorist has not been revealed by British authorities.

But we do know this: Whoever he was, he decided that the culminating act of his life should be the murder of children at a rock concert. He succeeded in killing over 20 and injuring 60.

Of all the paths one could pursue in life, all the choices one could make, this was his: His path, his final choice, would be to kill as many children as possible. He would end his life, and theirs, by making that choice.

One of the most amazing things about human existence is the staggering range of choices that people make concerning how they should live their one and only life.

Human beings have a freedom that other creatures of earth do not enjoy. Our freedom to craft a life that we consider meaningful is nearly absolute. While humans have instinctual drives like other creatures, we are most notable for our freedom. We are makers of our own selves. We make our selves through the choices that we make.

Every human culture and subculture knows this. Therefore each attempts to shape human choices by socializing the young. In countless ways, each developing human being is told that this kind of choice is right, that one is wrong; this way of being human is good, better or best, that way of being human is bad, worse or worst.

Most of the time, for most humans, the socialization process works relatively well. That is, some version of right and wrong, some vision of good and evil, is embraced by the young that proves sufficiently wholesome to support a life that does no harm to others and brings reasonable meaning to the individual.

There are many ways in which this socialization process can go wrong, however.

Today, organized subcultures around the world actively seek to train the young into a version of right and wrong in which killing large numbers of people in public venues is treated as the right thing to do. And in which killing oneself in the process is a good and noble act, a brave kind of martyrdom. And in which giving up one’s life to kill children pleases the God who made and rules the universe.

We know that individual human beings can lose their bearings, become ill in mind or wicked in spirit, and end up making terribly wrong choices that hurt others. That is hard enough for us to face, and the consequences are often horrible.

But what is worse is that we know, for a fact, that organized subcultures, right now mainly religious, set out each day to train impressionable people into their horrifying way of looking at the right and the good, in which the best use of one’s life is to die killing others, as many others as possible.

One wonders what God thinks of this way of being human. Maybe this:

The Lord saw that the wickedness of humankind was great in the earth, and that every inclination of the thoughts of their hearts was only evil continually. And the Lord was sorry that he had made humankind on the earth, and it grieved him to his heart. — Genesis 6:5-6 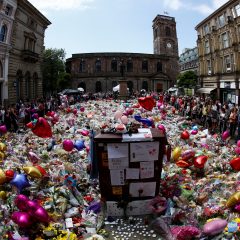 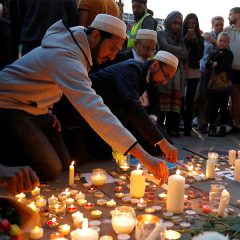