(RNS) — On Dec. 5, I attended the oral arguments in the Supreme Court case Masterpiece Cakeshop v. Colorado Civil Rights Commission. The first major LGBT rights case that the high court has taken up since Obergefell v. Hodges — the landmark 2015 ruling in favor of marriage equality — Masterpiece Cakeshop pits a Colorado baker, Jack Phillips, against the same-sex couple whose custom wedding cake he refused to make on religious grounds.

The lively and at times humorous oral arguments revealed a court predictably divided. The four typically progressive justices peppered Phillips’ attorneys with hypotheticals about what other kinds of discriminatory conduct might become permissible if the court ruled in the baker’s favor.

The conservative justices, on the other hand, expressed concern that a decision for the couple would compel Phillips, and by extension other business owners with strong religious convictions, to express points of view they find repugnant. Justice Anthony Kennedy, who has written the Court’s major gay rights decisions but also been its most ardent champion of free speech, unsurprisingly emerged as the deciding vote.

He worried about the dignity of LGBT people in the public square, but also roundly criticized Colorado officials who had disparaged Phillips’s beliefs at earlier stages of the litigation.

… the court, which seems less than eager to press the logic of its … conclusion that discrimination against LGBT people deserves heightened judicial scrutiny, could put that broader question off for another day.

A decision on the merits of the case would likely result in some of the harms that one or the other bloc of justices feared. A finding for Phillips would indeed confirm that businesses can use religious beliefs to shield them from anti-discrimination laws; a finding for the couple would indeed put religious business owners in the position of having to perform some services that they would rather not.

But here’s my prediction. There is another option available to the Court — hold that the Colorado officials’ animus toward Phillips’ conservative Christian views irreparably tainted the proceedings against him, and direct that the case be re-heard. The result would still almost certainly go against Phillips, and there would almost certainly be another round of appeals, but Phillips would be able to claim some vindication. And the court, which seems less than eager to press the logic of its decision in Obergefell and earlier cases to the conclusion that discrimination against LGBT people deserves heightened judicial scrutiny, could put that broader question off for another day.

(Patrick Hornbeck is associate professor of theology at Fordham University. He has been analyzing what is at stake in the Masterpiece Cakeshop case in a series at Religion Dispatches. The views expressed in this opinion piece do not necessarily reflect those of Religion News Service.) 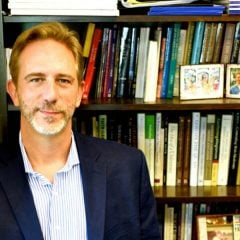 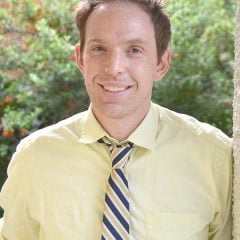