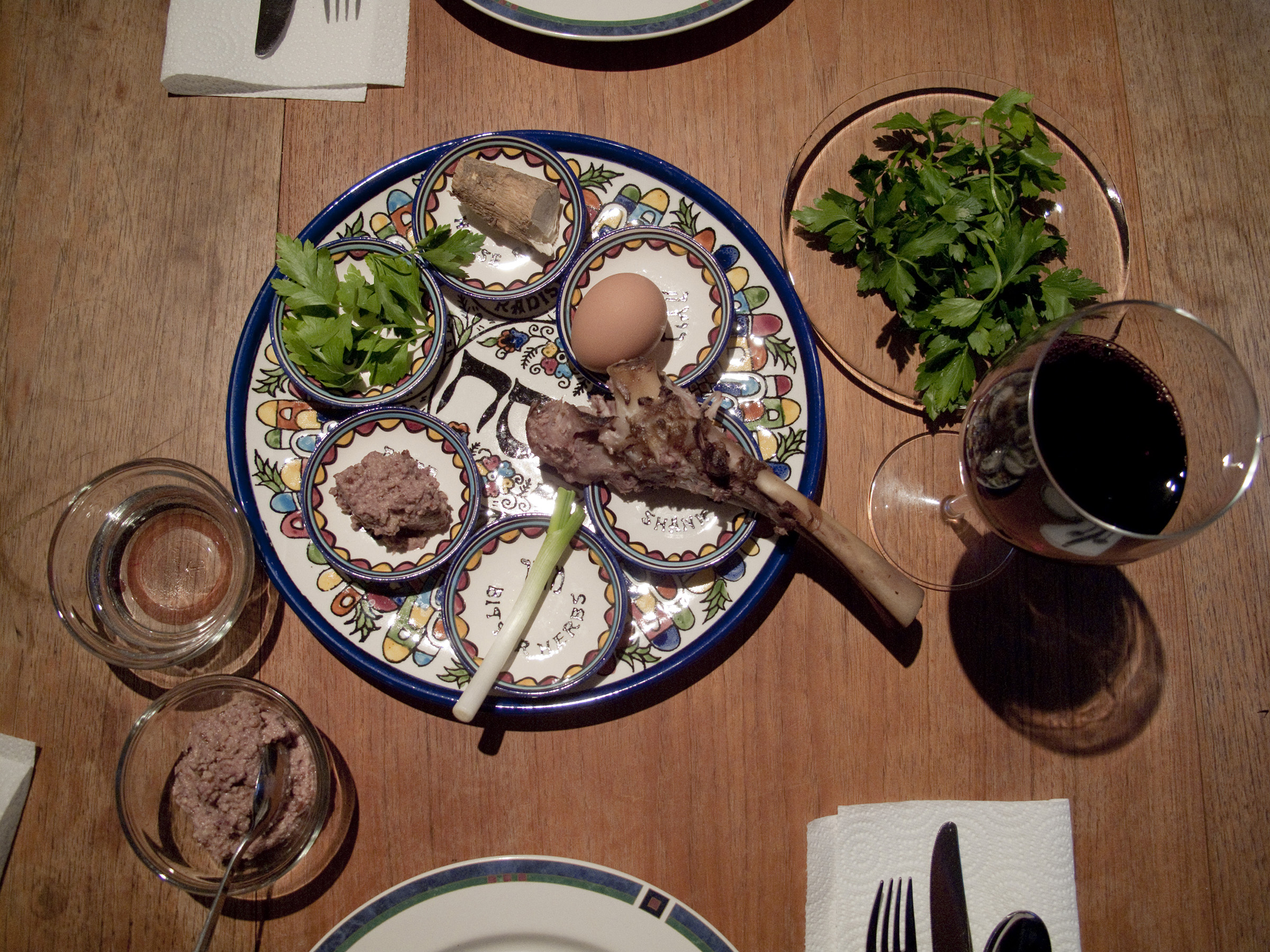 Talk about being on the same page.

Here is the problem with many Passover seders.

Think about it: this is the only time during the entire Jewish year when an extended family and collection of friends sits down together for a meal, complete with (what is supposed to be) a Jewish conversation.

There is a high probability that your level of observance, knowledge, commitment, and ability to wait for dinner will be entirely at odds with at least some of your fellow sederites.

So, what do you do when you are not particularly enamored with what is going on around you?

My suggestion: sneak a book into seder, and read it behind the covers of the inevitable Maxwell House haggadah that was rescued from Aunt Sylvia's house right before she moved to West Palm Beach.

What should you read -- either at the seder, or better, before Pesach to prepare you spiritually and intellectually for the festival?

First, there are the "alternative haggadot" -- books that you might want to refer to during the seder.

My favorite quote (there are so many):

The Pharaoh who hired Joseph and welcomed the Israelites to Egypt seems like he was pretty chill, but his son turned out to be a major putz. This kind of thing seems to happen a lot. Look at Han Solo and Kylo Ren, for example. Or Martin and Charlie Sheen.

Then, there are books that you might want read as preparation for their insights into the grand themes of Pesach.

On February 2, 1933, for example, a leading newspaper for German Jews published an editorial expressing this mislaid trust:

“We do not subscribe to the view that Mr. Hitler and his friends, now finally in possession of the power they have so long desired, will implement the proposals circulating in [Nazi newspapers]; they will not suddenly deprive German Jews of their constitutional rights, nor enclose them in ghettos, nor subject them to the jealous and murderous impulses of the mob. They cannot do this because a number of crucial factors hold powers in check… and they clearly do not want to go down that road."

Stand out. Someone has to. It is easy to follow along. It can feel strange to do or say something different. But without that unease, there is no freedom. Remember Rosa Parks. The moment you set an example, the spell of the status quo is broken, and others will follow.

We still believe, or many of us do, what the Exodus first taught, or what it has been commonly been taken to teach, about the meaning of politics and about its proper form:

first, that wherever you live, it is probably Egypt;

second, that there is a better place, a world more attractive, a promised land;

and third, that "the way to the land is through the wilderness." There is no way to get from here to there except by joining together and marching.

There is no one quote that “says it all,” but that last one comes pretty close.

A joyous, sweet, redemptive Pesach to you.

And whatever Egypt you’re in, may you get out of it!