A good friend of mine, an esteemed Episcopal priest, called to tell me that Loren Mead had died.

We will get to that later.

He then went on to ask me if I thought that there was some kind of celestial interplay going on here — because Loren Mead died on the same weekend as my dear friend and teacher, Rabbi Aaron Panken.

I answered abruptly and tersely: “No.”

Aaron Panken was a scholar and leader of Reform Judaism, who died, in the words of the great Hebrew poet Bialik, “before his time, and before anyone’s time.” He was a great, creative, passionate teacher of Torah — the substance of Jewish religious life.

Loren Mead was a teacher of Torah as well — a different kind of Torah.

A Torah of community — the context of religious life.

Loren Mead, who has died at the age of 88 years old, changed my life, even though I never met him.

Mead was the founder of the Alban Institute, that erstwhile organization that was among the first to actually dig down deep into how churches (and synagogues) really function, and to help them do their sacred work better.

Before I began my doctoral studies at Princeton Theological Seminary, my idea of religious wisdom was to study the words of God, and the words inspired by God. History, sacred texts, liturgy, theology — that was my intellectual domain.

That is — until I visited the Seminary bookstore, and I realized something.

It was an eyeopener for me. Never before had I imagined that this was a serious field of inquiry. I started reading pastoral magazines and journals — some of them containing evangelical and/or fundamentalist theologies that I could never accept.

But, I could learn from the passion of the authors. Many times, I would drive along the highways of America and look at small churches, and wonder aloud at the many dramas that were contained within those walls.

I started subscribing to the Alban Institute materials, and I bought almost every book that they published — on fundraising, and education, and stewardship, and organizing, and on pastoral transitions and wellness.

Shortly after that, I started attending Alban workshops, led by some of the greatest religious minds of our time: Speed Leas, on conflict management; Roy Oswald, on pastoral transition; Gil Rendle, on congregational health and leadership (“Leadership means pushing people to purpose.”)

I always took careful notes. I brought my rabbinical colleagues along. As a result of those workshops, I formed lasting friendships with Protestant ministers, with whom I often consult.

It was on an Alban Institute workshop that I first heard a minister at a venerable church offer this job description: “I am the chief pinada.”

Think about that metaphor, and laugh — or grimace — with me.

By the time Loren stepped down from the presidency of the Alban Institute in 1994, Alban had over 8500 members — in North America, Europe, and Asia.

That was how large his influence was.

Loren Mead gave another valuable Torah to the religious world. He was one of the founders of the Interim Ministry Network. Loren was crucial in putting forth the idea that when a clergy person leaves a congregation, that departure leaves a gaping hole in the life of the congregation, and that hole needed managing.

He was among those religious leaders and teachers who promoted the idea that congregations would be well served in not rushing into a search for a successor, but utilizing the wisdom and gifts of an interim pastor who can move the congregation through the process of grieving and renewal.

I am proud to have been among the first rabbis to consider the wisdom of that approach to ministry.

Twenty seven years ago, I wrote these words:

The Christian world has undiscovered riches to yield to us about institutional analysis and development, the dynamics of the clergy, and the like. We have not even begun to make use of the resources that are available to us in this area….at the very least we need to develop a kind of translation grammar, a way of re-expressing and repackaging the truths that are found in the Christian world and in particular in the Protestant seminaries. Just as Moses did not hesitate to take the counsel of his father-in-law Jethro, the priest of Midian (Ex. 18: 13-27), so, too, we need to listen to the voice of the non-Jew and to drink from the wells that they have already dug.

This is crucial. It is the task of religious people to learn from their colleagues, even and especially across the theological divides. “Who is wise? The one who learns from all people.”

Most people — even and especially religious people — had never heard of Loren Mead.

But, here is his lasting kaddish.

We can never know how many religious institutions — churches, synagogues, perhaps even mosques and other sacred communities — are better today because of what he quietly and powerfully taught. 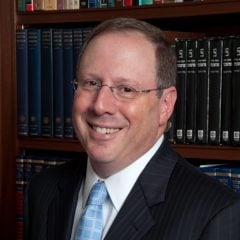 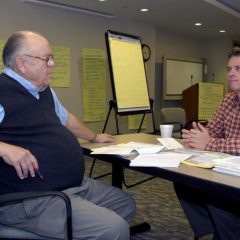 Beliefs
Alban Institute, a resource for mainline institutions, to shutter
Beliefs
GUEST COMMENTARY: Learning from (dis)ability
Follow us on Facebook!
Submit your photos to RNS