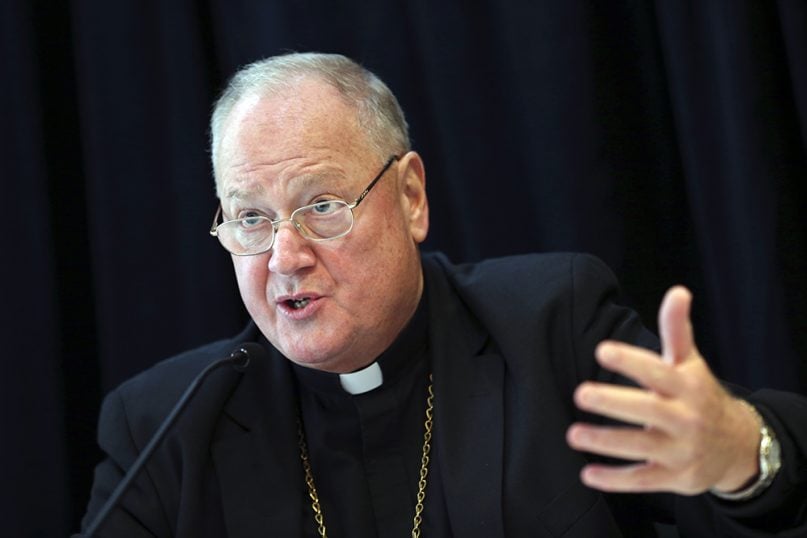 (RNS) — Cardinal Timothy Dolan of New York makes many good points in his response to my column calling for a new pro-life strategy, but he ignores the political context of the abortion controversy in the United States.

I am very grateful to Cardinal Dolan for taking my May 27 column so seriously and responding to it with his thoughtful June 8 opinion piece for Religion News Service. He said that he appreciated “any thoughtful conversation and counsel on this pivotal issue” and agreed with some of my suggestions for reducing abortions. I thank him for that.

But he also indicated his “serious reservations about Reese’s strategy, considering it a capitulation to the abortion culture, and a grave weakening of the powerful pro-life witness.” He argues that my proposal to give up efforts to outlaw abortion “and work only to reduce the number of abortions — is an unnecessary dichotomy.”

He writes that the pro-life “movement has advocated for public policies that seek to ensure that pregnant mothers are never abandoned to the violence of abortion and that mothers and babies receive the support and protection society can offer.”

While I agree that he and the U.S. Conference of Catholic Bishops have followed a two-pronged strategy of working both to outlaw abortion and to enact government programs to help mothers and their children, it's hard to find other pro-life groups that do the same.

In truth, some of the loudest pro-life activists are also among the strongest opponents of government programs that provide financial assistance and free health care, day care, job training and housing for mothers and their children. They also oppose raising the minimum wage, which would help poor families.

In short, sadly, most of the pro-life movement does not support the Catholic bishops’ two-pronged approach. This includes the pro-life Republicans who vote against increasing the assistance programs supported by the U.S. bishops.

There is no political party that supports the bishops’ comprehensive pro-life agenda. In the real world, voters must choose between candidates who promise to outlaw abortion but do little to help pregnant women, and candidates who support legalized abortion but also support increasing programs that help mothers and their children.

If you believe, as I do, that abortion will never be outlawed, then you are inclined to vote for the possible (fewer abortions) rather than the impossible (outlawing abortion).

The bishops themselves appeared to recognize this dilemma in “Forming Consciences for Faithful Citizenship,” a document approved at their November 2015 General Meeting. They advise Catholic voters that a “Catholic cannot vote for a candidate who favors a policy promoting an intrinsically evil act, such as abortion, euthanasia, assisted suicide, deliberately subjecting workers or the poor to subhuman living conditions, redefining marriage in ways that violate its essential meaning, or racist behavior, if the voter’s intent is to support that position.”

The final “if” clause is important. According to the bishops, a Catholic cannot vote for a pro-choice candidate if the voter’s intent is to support that pro-choice position.

However, the bishops continue, “There may be times when a Catholic who rejects a candidate’s unacceptable position even on policies promoting an intrinsically evil act may reasonably decide to vote for that candidate for other morally grave reasons.”

Could I be wrong in my political judgment that outlawing abortion is not going to happen? Absolutely, but I don’t think so.

Cardinal Dolan also criticizes my assertion that “contraception should be used to reduce abortions.” He argues that contraception can be medically harmful to women and that half of women seeking abortions were actually using contraception during the month they became pregnant. These conclusions are not universally accepted. The medical health issue I will leave to medical professionals. With regards to effectiveness of contraceptives, it is true that these methods sometimes fail, usually through human error, and these failures can lead to abortions. But that does not negate the fact that without contraception the number of abortions would increase. Eliminating failures, not eliminating contraception, would be the appropriate strategy.

Cardinal Dolan also repeats the church’s teaching on contraception. Fifty years ago, Pope Paul VI in his encyclical “Humanae Vitae” taught that every use of artificial contraception is morally wrong, yet the issue is still controversial for Catholics. What is clear is that while popes and bishops have continued to support this teaching, it has been rejected by most Catholic couples and moral theologians. This is a debate above my pay grade, so I will leave it to moral theologians and the hierarchy.

Finally, Cardinal Dolan, like many pro-life advocates before him, compares the pro-life movement to the movement to abolish slavery. While I grant that there are many parallels between the two movements, I don’t think it is a helpful comparison. It should be remembered that slavery was not ended by national legislation but by a civil war in which 620,000 people died.

The pro-life movement also has many parallels to the temperance movement, which in 1920 finally succeeded in outlawing alcohol in the United States. The movement ultimately failed, however, because it never truly convinced the public that this was good public policy.

Without that commitment, pro-life voters are forced to choose between rhetoric (promises to outlaw abortion) and results (an actual reduction in the number of abortions).