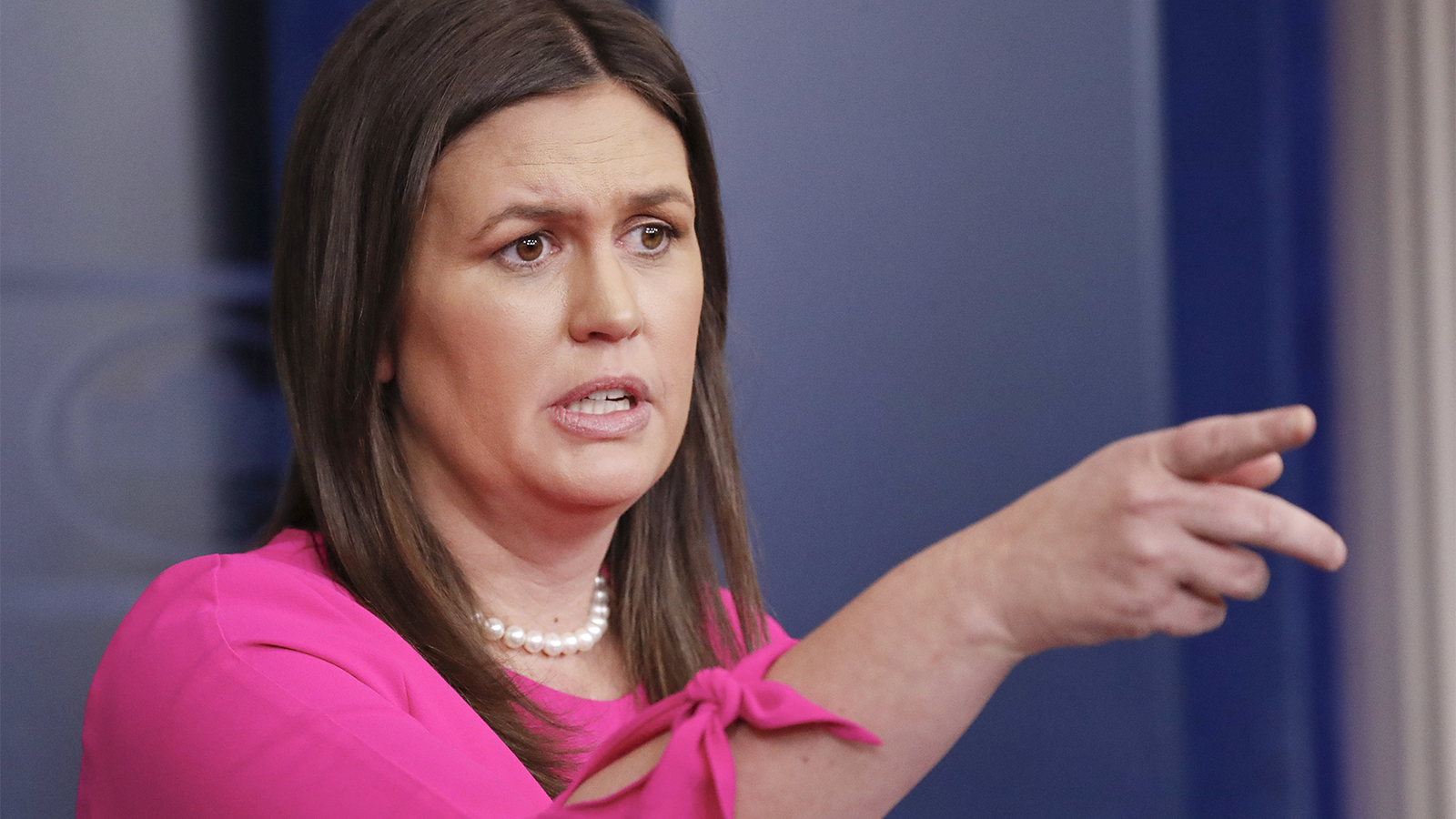 "Grandpa, tell me how it happened."

"Well, it was like this. About two years after the election of President Trump, the yelling and screaming in the United States got out of hand. Oh, it had been there for a while, but then, something shifted.

"First, there was growing harassment of people who worked in the Trump administration. Kirstjen Nielsen, the Secretary of Homeland Security, dined at a Mexican restaurant. The irony — this was when kids and parents were being separated on the Mexico-Texas border — seemed too much for some people. They yelled at her during her dinner. The same thing was true of Stephen Miller; he was eating at a Mexican restaurant, and people yelled at him, calling him a fascist.

"Then, a restaurant refused to serve Sarah Huckabee Sanders. Then, Democratic congresswoman Maxine Waters urged supporters to disrupt the lives of Trump staffers: 'If you see anyone from that Cabinet in a restaurant, in a department store, at a gasoline station...you push back on them and you tell them they're not welcome anymore, anywhere."

"Then, the violence started. It was inevitable. Then, finally, the country officially split apart — into Red America and Blue America. It was the American Two State Solution.

"The division was very sloppy, because many states were mixed between red and blue political and cultural identities. So were families. Sheesh — Florida was practically divided, block by block. The borders of the two states were wretched, convoluted, confusing. On Long Island, you needed a passport to get from certain areas of Suffolk County to Nassau County. They had to figure out how to do airlifts, from red counties to blue counties — especially for people to get to work. It became a nightmare."

I am afraid that this is where we are headed. The utter destruction of any semblance of civility in our society – until we simply break apart – sociologically, culturally, even geographically.

When critics accuse us of verbal violence and public shaming, we draw upon a center-right trick. “What about her emails?” “What about how Obama…?” We started engaging in “whataboutism.” “You think that what we are doing – publicly shaming Trump administration officials – is so bad? What about what they are doing at the borders?”

As much as we might get a few moments of delight and schadenfreude from watching the humiliation of administration officials – not to mention their families, who are collateral damage – we must ask ourselves: do we really want to become the new Amish, with weaponized shunning?

We speak, correctly, about speaking truth to power.  If we want to flirt with the prophetic mantle, and remember aloud how Nathan and Elijah confronted, respectively, King David and King Ahab, then let us at least remember that they did so – in the palace itself. They did so – directly to their faces. They did not harass their courtiers in hummus places in ancient Jerusalem.

We must ask ourselves about a Jewish value, and about its apparent disappearance. I am talking about halvanat panim – literally, whitening someone’s face, causing the blood to drain from the face because of public shaming. The Jewish tradition equates halvanat panim with the shedding of blood.

Jewishly? It does not stop with Stephen Miller not able to enjoy a meal in peace. It would then go (and I have colleagues who are suggesting this) to a full-blown excommunication of Miller from the Jewish community.

You do not want to go there.

I remember when pro-Israel groups threatened to protest outside the Johannesburg synagogue where the grandson of Richard Goldstone (of the infamous Goldstone Report, which criticized Israeli policies) was to celebrate his bar mitzvah. Goldstone almost had to stay away from his family's simcha.

You feed enough bile into the Jewish family system – you poison everyone.

I will willingly enter an anger contest with anyone about this American administration’s policies. But the Jewish tradition also has something to say about anger: anger will cause a sage to lose his/her wisdom.

Much is at stake. It begins with the loss of our communal wisdom.

It does not stop there. It goes to violence, and ultimately, the American two state solution.

But as for me, I continue to deplore what is happening in this country. I preach, I pray, I protest.

If those protests wander into the territory of incivility, perhaps it is because we are living in uncivil times. We cannot blame this on Trump; if anything, he had his finger on the moral pulse of this nation, and he was ready to capitalize on it.

Once upon a time, an American First Lady said: “When they go low, we go high.”

There was a time when we believed in going high; in responding to vulgarity with valor; in, at the very least, not doing to others what we would not have done to us.

What would Heschel do?