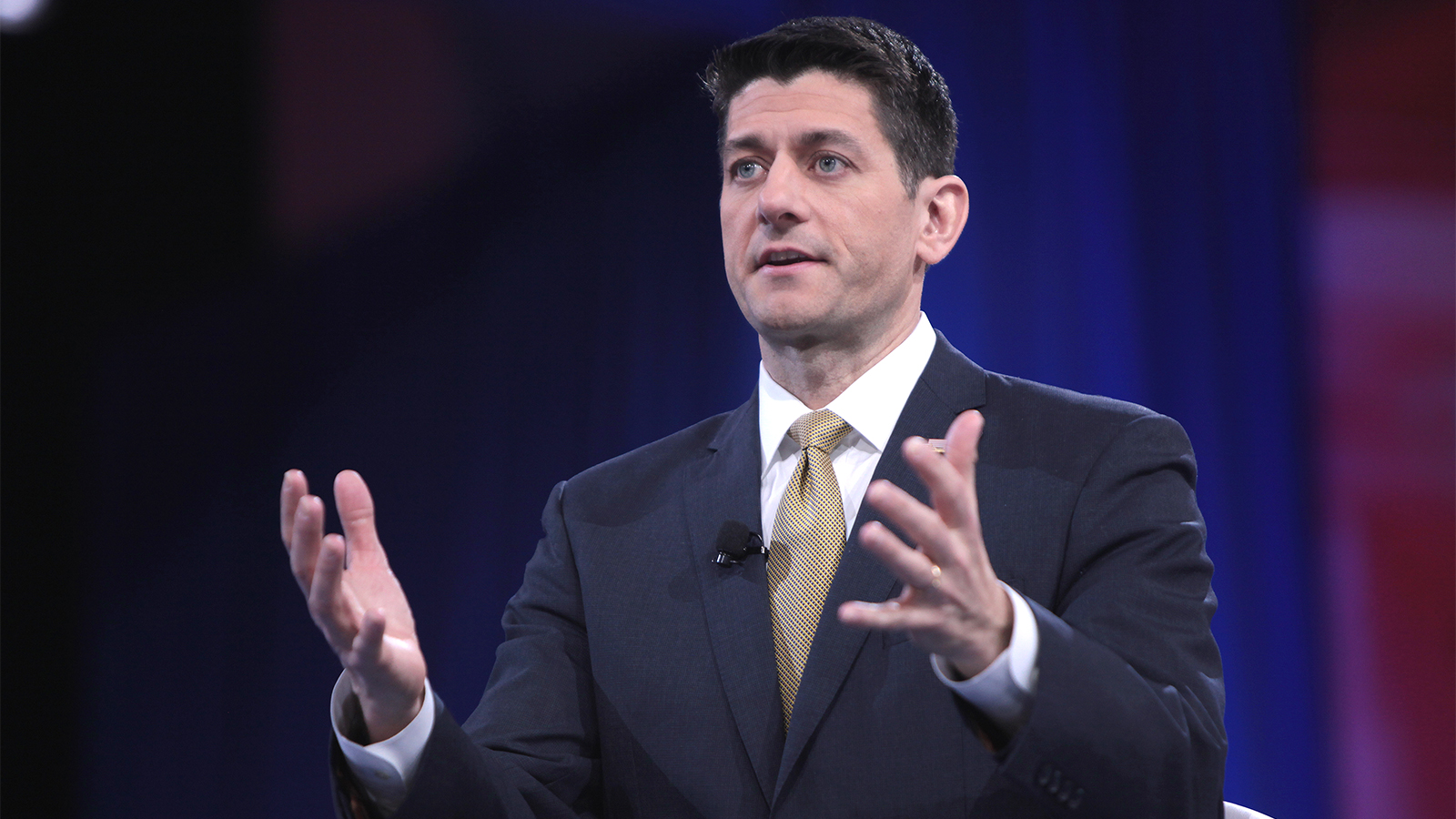 I have a friend -- let's call her Carol. She is a "cradle Episcopalian" of a very old family – so old in fact that she can trace her ancestry back to William Tyndale, who was the source of the King James Bible. That is as old as it gets in the Western world.

And yet, she told me that she recently discovered that her grandfather was Jewish – an Austrian Jew who hid his identity.

“So that makes me kind of Jewish?” she asked shyly.

“Why not?” I answered her. “Join the club. You are now a Jew-by-surprise.”

As is, apparently, Paul Ryan. During the filming of an upcoming season of PBS’s “Finding Your Roots With Henry Louis Gates Jr.,” a TV series in which famous guests learn about their ancestral histories, Ryan discovered that he is 3% Jewish.

Ryan, apparently, is thrilled that he has Jewish roots. Or, a Jewish gene. Or, something.

This prompted one observer to note: "Paul Ryan is the first Jewish speaker of the house."

Let's talk about Jews-by-surprise. For a while -- about fifteen years ago -- they seemed to be the largest growing sub-movement in Judaism today.

Consider some of the notables who discovered that they are Jewish, or sort of Jewish, or almost Jewish: Madeleine Albright; Tom Stoppard, the playwright, and around 2000, almost every Democratic presidential hopeful. Hillary Clinton had a Jewish step-grandfather. The grandfather of John Kerry had changed his family name from Kohn and converted to Roman Catholicism.

Just count the number of political families who have Jewish in-laws: Al Gore, the Clintons, the Trumps, the Bushes.

In fact, here is a whopping paradox.

The grandchildren of the President and First Lady will celebrate becoming bnai mitzvah.

The grandchildren of Bernie Sanders -- probably not.

A few reflections on Jews-by-surprise.

We love to discover that celebrities, politicians, etc. are Jews-by-surprise. Some years ago, the humorist Ralph Schoenstein wrote a satirical piece, "Let Us Now Claim Famous Men." It was about how his grandfather, whom he called the scorekeeper of Zion, loved to collect famous people who happened to be Jewish. "It became my job to find for my grandfather the most surprising Jews. I was, in short, the only boy in America who shared a mission with the Third Reich."

A generation ago, that was a "thing." Apparently, it still is. The discovery of previously unknown Jews served as a way for Jews, still uncomfortable and insecure in America, to show that they were, in fact, part of the club. We should have gotten over this a long time ago.

Are Jews-by-surprise "really" Jewish? I get -- and I embrace -- that being Jewish is, first and foremost, a matter of belonging to a people. In an ancestry.com world, I understand that people can have DNA that links them to [fill in name of ethnic group here].

But, the real question is: Beyond kvelling about the Jewish mitochondria structure of various people, what content is there in that Jewish identity?

Fanning that spark into a flame of action and conscience -- much more difficult.

Here's the good news. In recent history, there have been any number of people -- and peoples -- who have discovered that spark, and have acted upon it.

There are numerous Russian Jews who have reclaimed their identities, decades after Stalin stomped upon those identifies and left them for dead.

There are crypto-Jews of the American Southwest, descended from Iberian Jews who had to hide their identities, who are now coming back to their ancestral inheritance.

All of which reminds me of a story.

Many years ago, as a young rabbi in Miami, an elderly black Cuban man approached me for conversion. He was an avid student, and he attended services regularly.

Suddenly, he became very ill. When I visited him in the hospital, I asked him what I should have asked him months before that. "Why are you converting to Judaism?"

"And, around Easter, for some reason, they didn't eat bread."

You got it. My student was descended from the secret Jews of Cuba, who had come in the late 1400s.

He just wanted to come home.

So, if Paul Ryan wants to "come home," come on in. The door is always open.

Related Posts
By Emily McFarlan Miller, Jack Jenkins
Jerry Falwell Jr. taking indefinite leave of absence from Liberty University amid calls to step down
By Thomas Reese
Catholic bishops reprimand Trump as often as they praise him
By Jim Wallis
Reopening schools for all the wrong reasons
By Amy Klein
What good is faith when your fertility treatments aren't working?
By Simran Jeet Singh
Patriotic, Catholic and queer: Rebecca Parson's unorthodox run for Congress