(RNS) — Canada may appear very secular compared with its southern neighbor, but a new poll suggests there is more openness to religion than appears on the surface, especially among younger Canadians.

The survey, called Faith in the Public Square, by the Angus Reid Institute found that 59 percent of Canadians say the free expression of religion in public life makes Canada a better country.

“I was surprised by how many people support religion in the public square,” said Angus Reid, chair of the institute.

Many Canadians “see the value that faith groups make to society in terms of addressing social issues and the formation of values,” he added.

The survey, done in partnership with Cardus, a nonpartisan, faith-based think tank, asked 2,200 Canadians 17 questions about their openness to faith in both their own life and the public square.

It found that proponents of increased faith in public life tend to be younger, more highly educated and more likely to have voted Liberal — the equivalent of the Democratic Party in the United States. 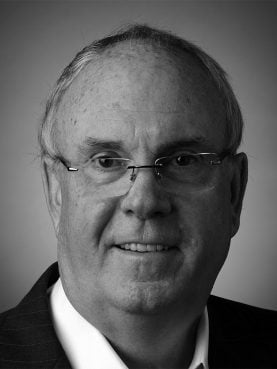 For Reid, this finding is notable, but not surprising.

“Millennials are more accepting of almost everything,” he said, noting that they are also more open to LGBTQ people and to seeing Canada accept more refugees.

“Looking at Canada, one could get the feeling it is on an inevitable march to secularism, like in Europe, but that might not be the case,” Reid said.

Brian Clarke, a professor at the Toronto School of Theology and co-author, with Stuart Macdonald, of “Leaving Christianity: Changing Allegiances in Canada Since 1945,” said that millennials’ positive view of faith communities is consistent with other research showing they value toleration “across the board,” whether they identify as having no religion or identify as conservative Protestant.

A key caveat to the findings, Reid noted, is Quebec. The role of religion in public life is viewed much less favorably in that province, and responses from people there skew the national totals.

Religion isn’t without controversy, however. The survey found half of Canadians are uncomfortable with religious garments and symbols in the workplace, and 23 percent feel that society fails to make enough room for their personal expression of faith. “What kind of contribution would you say religious and faith communities are making in the following areas of Canadian life and society?” Graphic courtesy of Cardus

And Cardus Executive Vice President Ray Pennings pointed out that just over 40 percent of Canadians don’t support the freedom of religious expression. “I expected it to be higher, since it is a right under the Charter of Rights and Freedoms,” he said.

Pennings, who believes that those who oppose religious expression do so more out of “ignorance than antagonism,” views the response as “a challenge to people of faith,” he said. “They aren’t telling the story of faith well.”

One contributing factor, Pennings said, is the decline of the religion beat in the Canadian media.

When this freedom “is not reflexively endorsed, it is a bad omen for pluralism and democracy,” he said.

He also is concerned by the almost one-quarter of Canadians who feel religiously shut out and marginalized. It is unclear from the survey whether a small minority of every religion feels alienated by their faith, or whether a large number of one does.

Despite the overall positive result, Stackhouse thinks that sense of marginalization may be widespread. “Many Christians in Canada feel they are subject to a double standard, but I daresay many Jews and Muslims feel the same way, and likely turban-wearing Sikhs and hijab- and niqab-wearing Muslims do, too,” he said. The Toronto skyline at dusk. Photo courtesy of Creative Commons