Cotton’s op-ed was an explicit call for “order” through state-sanctioned violence: the quelling not only of riots and looting but also of peaceful and orderly protest through, functionally (although Cotton has denied the term), martial law.

Predictably, several Times staffers — to say nothing of many of its readers — protested. To run an op-ed like Cotton’s, they argued, was a dereliction of journalistic duty: an implicit statement on behalf of the paper of record that fascist tactics should be understood as well within acceptable discourse. (The Times’ opinion editor, James Bennet, later resigned and the paper apologized for running the piece).

Soon thereafter several of the Times’ more conservative writers, including Bret Stephens and Bari Weiss, who have made careers out of criticizing their “woke” brethren amid accusations of political correctness, publicly condemned the backlash.

Weiss, in particular, characterized the infighting at the Times as a generational issue: a values clash between the “liberals” aged 40 and up who ascribe “classical libertarianism,” and their social-justice-focused juniors, educated and formed out of radicalized college campuses. In a Twitter thread posted last week, Weiss cast the backlash from this younger set as a kind of quasi-religious obsession with ideological purity, combined with what she called “safetyism,” in which “the right of people to feel emotionally and psychologically safe trumps what were previously considered core liberal values, like free speech.”

The New Guard has a different worldview, one articulated best by @JonHaidt and @glukianoff. They call it "safetyism," in which the right of people to feel emotionally and psychologically safe trumps what were previously considered core liberal values, like free speech.

Weiss is right, up to a point. There’s a profound difference between the “classical libertarianism” of the Old Guard, which tends to neoliberalism, and the progressive left Weiss seems to fear. But what she dismisses as safetyism is, rather, a profound moral sense of the failings of her classical libertarian model. The New Guard, as she terms it, rejects the idea that neoliberal institutions are somehow divorced from human emotion and bias. This idea is behind the fiction that sustains the editorial page of an august, broadly centrist national newspaper and other “neutral” public spaces.

The liberal tradition assures us that ideas are commodities: to be bought, sold, advertised and exchanged in their so-called marketplace. The metaphor of the market assigns ideas a chilly rationality that stands apart from the people who elucidate them; distinct, too, from the people whom the ideas may affect. The search for a common good is in this way depicted as a commercial proposition: Everyone is a rational actor, and we consume ideas as freely and neutrally as we choose apples or pears at a fruit stall. Words can’t hurt us, this ideology goes, because we each stand at the same safe remove from them.

But over the past few years that idea has been rightfully revealed as morally and philosophically incoherent. Civil institutions, like the Times itself, have largely lost public trust, along with the values they stand on.

On the progressive left, and particularly among the young, there is a growing awareness that liberal institutions and liberal discourse have failed us. The vision of human freedom and rational equality that the liberal model depends on assumes that human beings are fundamentally interchangeable, that we each have the same power to be “reasonable.”

Yet this ideology ignores that we live in a fundamentally stratified, unequal world defined by the brutality of the powerful against the powerless.

The safetyism that Weiss decries in fact rests on an awareness that there is a very real connection between language and lives, between ideas and experience. Philosophy and politics are not merely idle ideological debates — the verbal equivalent of table tennis at the country club — but actual, embodied pursuits of the good life, together. Ideas are not and can never be disembodied, nor can they be bloodless.

The problem, then, is not merely The New York Times printing a fascist, morally abhorrent (and factually flawed) piece, but in the very structure of its op-ed page as a neutral ground where a range of differing but worthwhile views are presented as the model for societal discourse. No paper can claim a neutrality that does not exist.

Better that the Times, that any paper, recognize its own subjectivity, take a clear editorial stand and recognize itself as an inherently ideological vector. That would, at least, be honest. 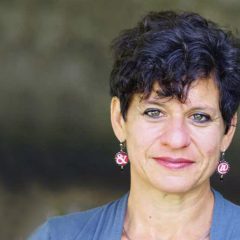