(RNS) — Nothing chases a person out of the Catholic Church and away from Christ faster than a bad priest. The priest does not have to be a child molester. He may simply be arrogant, patriarchal, insensitive or just stupid. More people leave the church because of bad priests than because of disagreements over dogma.

The latest Catholic disaster was at a funeral in Temperance, Mich., where, according to news reports, the priest in his homily opined that the deceased might be denied entrance into heaven because he had killed himself.

Those attending the funeral, especially his parents, were appalled. They had come to celebrate the teen’s life, not his death. Yet Father Don LaCuesta, according to reports, mentioned suicide six times in his homily. He kept going even when the young man’s father asked him to stop. After the ceremony, the parents told the priest not to come to the burial.

In response to complaints, the Archdiocese of Detroit told The Washington Post that Father LaCuesta would not be performing funerals “for the foreseeable future” and that his future homilies would be reviewed by a mentor. The archdiocese said he was “willing to accept the assistance he needs in order to become a more effective minister in these difficult situations.” He has not been removed as pastor.

Thankfully, such priests are not the norm, but when they do surface, they can wreak havoc. A good priest can spend years building a parish community, inspiring active participation in the liturgy, recruiting volunteers for the parish ministries and to help the neighborhood poor. A new pastor can destroy all that work in a few weeks. 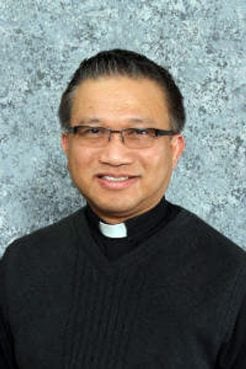 The Rev. Don LaCuesta. Photo courtesy of Archdiocese of Detroit

Suicide is clearly against Catholic teaching, but a quick reading of the Catechism of the Catholic Church, which was written under the papacy of John Paul II, would have kept Father LaCuesta from error.

The catechism clearly states, “Grave psychological disturbances, anguish, or grave fear of hardship, suffering, or torture can diminish the responsibility of the one committing suicide.” Therefore, it reads, “We should not despair of the eternal salvation of persons who have taken their own lives. By ways known to him alone, God can provide the opportunity for salutary repentance.”

Priests like Father LaCuesta show why Pope Francis is having such a difficult time reforming the church. Like politics, all religion is local. People may be attracted by Pope Francis’ message and example, but when they go to their local church, they don’t always find someone like Francis.

For too many Christians, God is simply a lawgiver and judge: “Follow my rules or you will be punished.” The church, for them, is not “a field hospital for the wounded,” in Francis’ words; it is a country club for the perfect. Those who are perfect in their own eyes can look down upon the sinners.

Jesus, on the other hand, taught us that God is a parent. But what kind of a parent is God?

Some parents raise their children using rewards and punishment. “If you are good, you get dinner; if you are bad, you are locked in the basement. If you are nice, Santa will bring you presents; if you are naughty, you get nothing.”

A certain amount of reward and punishment is necessary in raising children, but not the extreme where the parents really don’t care about the child but only care that the house is quiet.

God is not that kind of parent.

When children are born, they are incapable of being good, incapable of doing anything but crying and pooping. Yet their parents love them. 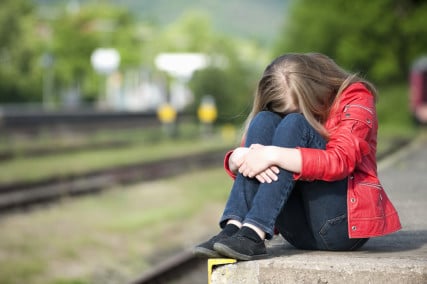 So too with God: He loves us unconditionally before we ever choose between good and evil. He does not tell us, “I will love you if you keep my commandments.” His first words to us are simply, “I love you.” And when bad things happen, this God wants to wrap us in her arms and comfort us.

Gloomy Christians object when Pope Francis talks about God’s love because they think it will permit people to ignore the commandments and be immoral. For very immature people this may be true. If it were not for the risk of going to jail, some people would shoplift. Some twisted people even resort to violence.

But people also respond to love. If someone loves you, you don’t hurt them, you do things that will please them, you respond to that love.

God, like a good parent, loves us and hopes that we will respond to his love. But we can say no, just like any child can reject the love of its parents.

Like a parent, God sometimes threatens and cajoles, but the motivation is always love; it is always for the good of the child. If a child behaves simply out of fear and does not experience love, that child is going to be a problem. Sooner or later it will grow up and lose its fear, and then there will be hell to pay.

During our life on earth, God is showering us with love and asking us to respond. He tries to guide us, but like children we have the freedom to reject him.

When we die, God loses control just as parents lose control when a child grows up. At death we can choose to embrace God or flee him. To flee God is to flee love; to flee love is to choose hell, for hell is the absence of love. But it is our choice, not God’s. God comes to us with open arms.