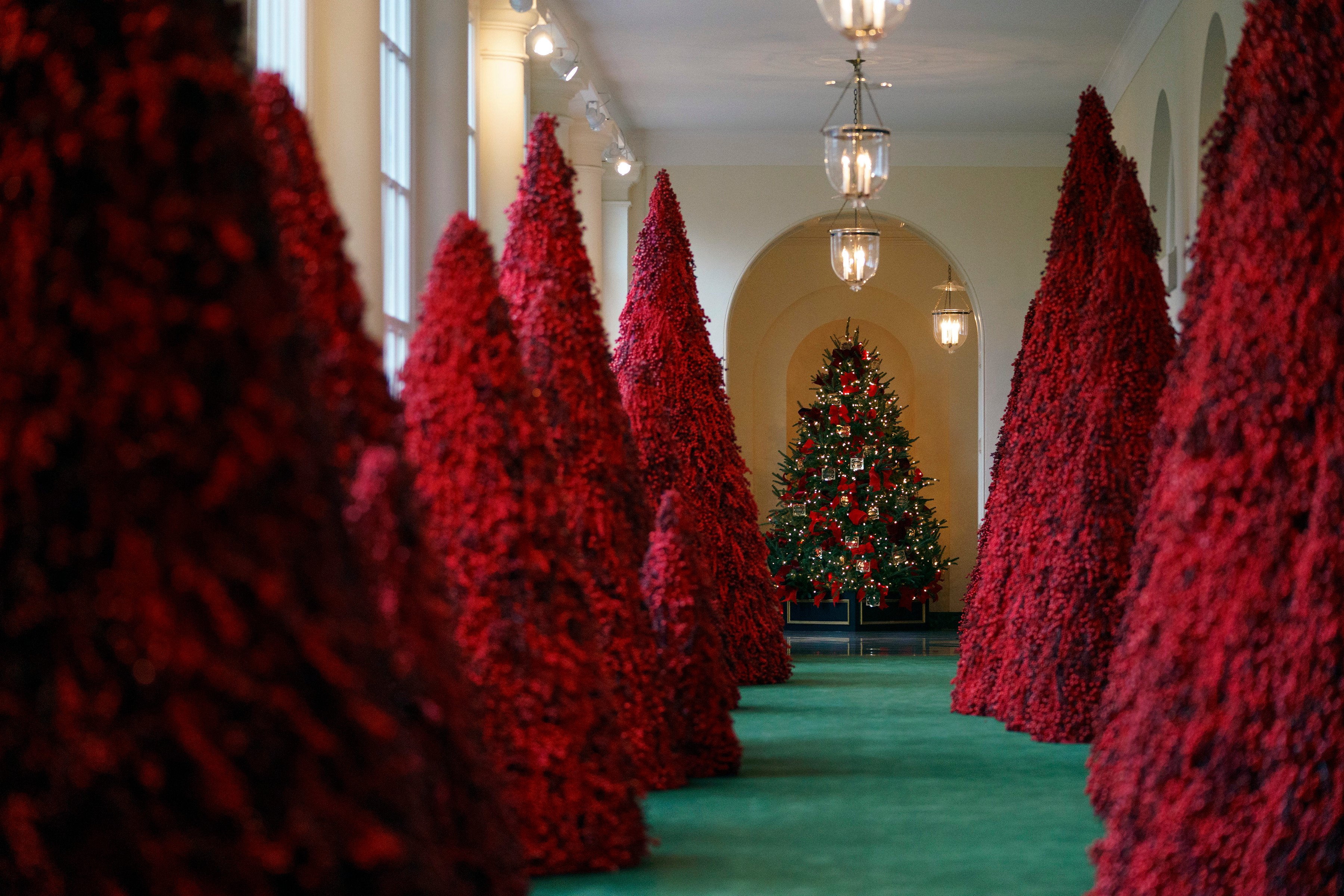 Topiary trees line the East colonnade at the White House in Washington on Nov. 26, 2018. Christmas has arrived at the White House. First lady Melania Trump unveiled the 2018 White House holiday decor on Monday. She designed the decor, which features a theme of "American Treasures." (AP Photo/Carolyn Kaster)
December 26, 2018
Jeffrey Salkin

Call him the Grinch in Chief.

Or, the Killjoy of the Free World.

In a Christmas Eve call, Trump asked a 7-year-old named Collman Lloyd whether the child still believes in Santa Claus.
"Are you still a believer in Santa? Because at 7, it's marginal, right?" Trump asked Collman.
We do not know how young Collman reacted to the President's analysis of the possibility of believing in Santa Claus. I suspect that he might have needed to ask an adult what "marginal" means.
Let's dig down a little deeper, and ask ourselves: Why does belief in Santa Claus matter?
First: apparently, President Trump was right. Studies show that many children start to abandon their belief in Santa Claus right around the age of seven. According to the New York Times: "That range has been largely consistent for decades; a 1978 study said that 85 percent of 5-year-olds believed, while just 25 percent of 8-year-olds kept the faith." So, yes: children outgrow the belief in Santa Claus.
Second: this is unfortunate, because "belief" in the unseen and the imaginary is a standard part of religious faith.
Take Judaism, for example. On Shabbat, I devote a certain piece of the worship experience to welcoming unseen/imaginary "friends" into the sanctuary (leaving aside, for the moment, the snark of many atheists who suggest that God is the Ultimate Imaginary Friend).
Who gets the Shabbat invitation?

So, this is what I would have wanted President Trump to know.

Having said that, what if you don't "really" "believe" in those mythic strangers who come to visit?

Join the club. Most people, at least at a certain age, give those notions a bit of a wink.

But, let's just say that you were reluctant to abandon those fanciful ideas. Could you re-interpret them?

As we prepare to enter 2019, ask yourself: What are you choosing to see? And what do you still need to see?