Rep.-elect Ilhan Omar, with House Democratic leader Nancy Pelosi of California, right, speaks about the party's legislative priorities when Democrats assume the majority in the 116th Congress in January, during a news conference at the Capitol in Washington, on Nov. 30, 2018. (AP Photo/J. Scott Applewhite)
February 11, 2019
Jeffrey Salkin

(RNS) — "Never call someone an anti-Semite."

That was one of the most important lessons that I learned from Abe Foxman when I worked for the Anti-Defamation League.

Abe was very clear. Use verbs, not adjectives or nouns.

Describe actions as anti-Semitic, or as contributing to anti-Semitism.

Rep. Ilhan Omar, the newly elected Minnesota congresswoman, has said that the American Israel Public Affairs Committee has paid politicians to be pro-Israel.

“It’s all about the Benjamins baby," she tweeted.

And, who provided the Benjamins? "AIPAC!" she tweeted.

Just in case you are having a rough time connecting the dots, here goes.

Omar accused the Jews of buying support for Israel — and worse, of controlling Congress with their money.

As was her 2012 comment that "Israel has hypnotized the world." She recently apologized for that statement, claiming that she had not understood its implications.

This is pure, unadulterated, classic anti-Semitism.

Frankly, I am surprised that Omar did not dig up an old graphic of the Jews as an octopus with their tentacles around the world. It would have suited her tweet perfectly fine.

It is not only anti-Semitic. It is a lie. 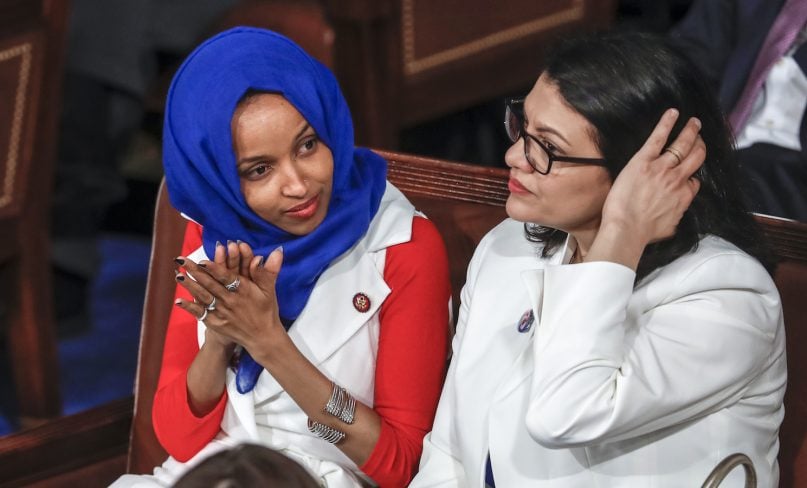 It has one mission: to strengthen the relationship between the United States and Israel — and to make sure that such support is bipartisan.

As my friend and colleague Rabbi David Jay Kaufman wrote in a blog post for We Are For Israel:

To quote my colleague and friend Rabbi David-Seth Kirshner, who wrote on Facebook:

The $3.5B aid package that the United States committed to Israel for the next 9 years provides jobs in the United States. In fact, $3 Billion of that annual package is used for jobs and companies INSIDE the United States. Does Omar want to cancel that package and create that ripple of unemployment and negate gains for American companies like Caterpillar and Lockheed Martin and Intel?

Does Omar know that Israel has been a consistent ally in the fight against terror and in creating a democratic center with shared western values in the Middle East? What type of instability what America find itself within were Israel to not exist, God forbid?

Is Omar blind to the technology she wants to boycott and the medical advances that Israel has achieved and shared with its closest friend, the United States? Does she refuse to use Waze? Text message? A computer with an Intel processor? Cancer drugs or a Z-Pak?

Look, my Democratic friends: We got ourselves a problem here.

There are now three new members of Congress whose views are, to varying degrees, critical of Israel or anti-Israel — or who show affinity with those who are not friendly to Israel and Jews.

I am referring to Omar, Rep. Rashida Tlaib and Rep. Alexandria Ocasio-Cortez.

Be careful. If you hate Muslims, or Islam; if you think that Muslims have no right to hold electoral office, let me be clear.

I do not support your hatred for Islam.

I want American Jews and American Muslims to learn from and with each other.

But, if American Jews perceive that the Democratic Party is moving into anti-Israel positions, they will be faced with a major quandary.

Do we continue to support that party, as we have historically done — or do we leave?

You are free to say: "Jeff, cool your jets. We are talking about three congresswomen — three! What kind of threat do you think they really pose?"

But even if they don't change, we can live with three critics.

But we need to hear the larger Democratic Party speaking out against these slurs. That is key.

Because, as the Talmud has taught: "Silence is akin to agreement."

Luckily, several members of Congress, including Nancy Pelosi, have already sharply criticized Omar, and Omar has issued an apology.

It's a start. Only time will prove her sincerity.