The co-founders of the so-called halal dating tool claim that at least 15,000 users have gotten married after meeting through Muzmatch. And dozens of other options, from Salaam Swipe to Minder, are gaining traction among young Muslims looking to find a life partner while staying within the bounds of their faith.

But dating apps, and dating culture more broadly, often come with their own set of headaches.

More than a few young Muslim women have bypassed the drama in recent years by leaning into their family’s traditions of arranged marriage. Having their parents help arrange their marriage, fully or partially, feels neither revolutionary nor regressive to them.

For some, it’s a matter of faith.

For others, it’s just plain practical.

“It’s pretty much like a vetting system,” said Jessy Quadery, who lives in New York City and wed her husband in an arranged marriage about a decade ago. “Your parents are vetting the guys for you. They’re filtering out the kinds of guys that you yourself don’t want.”

To be clear, Islam does not require that marriages be arranged.

The Islamic ideal is that Muslim couples do not have an intimate relationship before they get married and that an appointed guardian helps guide and protect the bride in the process of finding a spouse.

For some Muslims, that means avoiding physical contact or being alone with one’s fiancé or fiancée; for others, that simply means avoiding premarital sex. In many cultures — including some Christian, Jewish, Hindu and Sikh communities, among others — involving the couple’s parents from the outset is considered the optimal way to keep the relationship aboveboard. 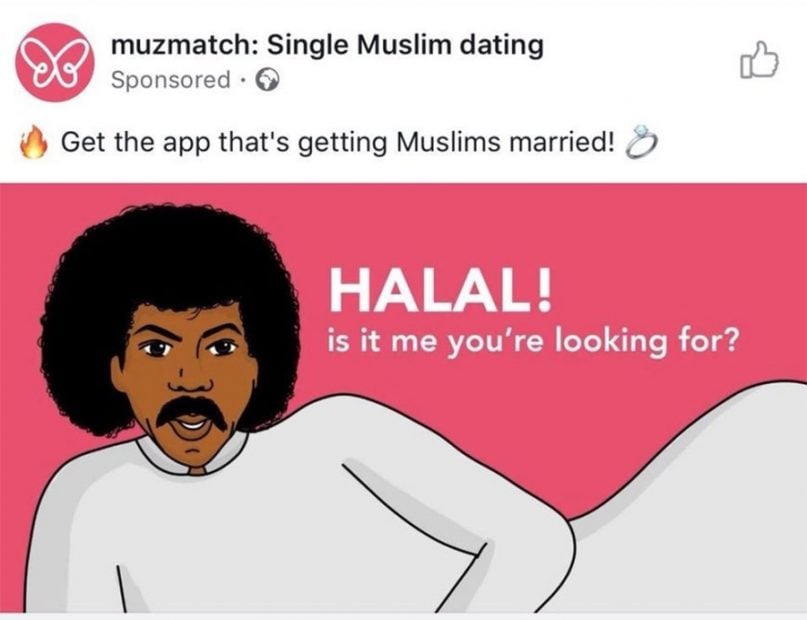 Shaina Adkins told Religion News Service she has no regrets about having an arranged marriage after dating for years.

Adkins, who has been married for three years and also lives in New York City, said dating felt confusing as well as “patriarchal with little to no empowerment to the woman.” In her previous relationships, she felt like she had to “play wife” without getting any of the benefits of being a wife.

When she met her now-husband, she was able to scope him out, asking him the hard questions without hesitation: Before they ever had dinner together, she knew whether he wanted kids, and they agreed to get married the first time they met in person.

It may not be romantic, but the process — supervised by an imam — was “refreshing,” Adkins said.

“It wasn’t love at first sight, but he is a wonderful man who I have grown to love,” she said. “I have no regrets in this process or the man Allah, subhanahu wa ta’ala (may he be glorified and exalted), has brought to me.”

For some women, an arranged marriage is a fairly simple process.

In general, “arranged” means the couple’s family helped orchestrate the relationship in some way. That can include introducing the couple, investigating and evaluating the potential mate or supervising the couple on chaperoned dates – not that the relationship was forced, arranged at birth or devoid of love and attraction. In fact, in Islam, a marriage is not considered legally valid without the couple’s formal consent.

Still, the common conflation with forced marriage makes it hard for some young Muslim American women to acknowledge publicly that their marriage was arranged.

“I feel like the term gets thrown around a lot, and there’s a lot of stigma,” said a 26-year-old woman who lives on New York’s Long Island and asked that her name not be used to protect her privacy. “But for me it’s just getting to know each other in a more public way, with your families involved rather than the more traditional Western dating. It was never something weird to me.”

She got married in 2016, a year after her online Islamic studies teacher introduced her family to her now-husband’s family.

The couple only met four times in person before the wedding. 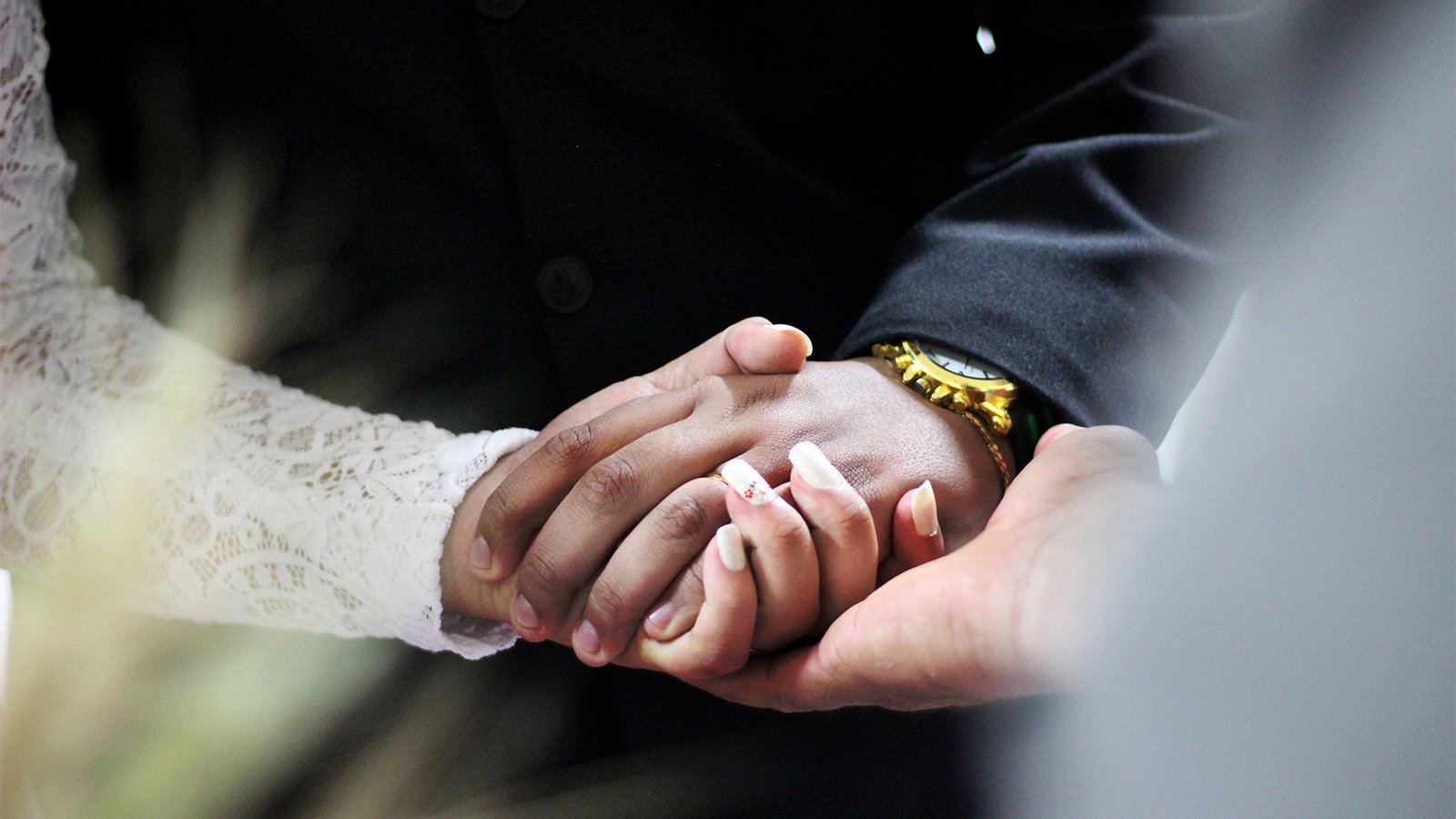 In arranged marriages, the families of the bride and groom do most of the vetting for the relationship. Photo by Caroline Veronez/Creative Commons

Instead, she said, her siblings and parents did all the heavy lifting for her. Before the couple met for the first time, they had seen each other’s photos and knew each other’s educational backgrounds, career goals, long-term life plans, level of religiosity and other potential sticking points.

She gave her family a list of three points she refused to compromise on in a marital match — that they shared the same school of Islamic thought, and that their ages and locations were compatible — and they confirmed all three with her potential spouse before even presenting the option of the match to her.

“I put a lot of trust in my family, and it was a relief for me that they handled it,” she said. “The best part is that it helps you stay level-headed and not get emotionally attached prematurely. You can see all the options clearly instead of getting blindsided. ”

That’s the problem Quadery said she faced back when she was in the dating game. While she says it helped her learn what she did and did not want in a life partner, dating also seemed to leave her in committed relationships with men she didn’t actually want to spend her life with.

“I’ve seen this a lot, that girls meet a guy without the intention of getting married, and before you know it, you’re too deep into it to get out,” she said. “But it’s not what you had in mind for your life.

“Girls get tired of dating losers. So they’re like, why not meet a guy their parents have already vetted for them?”

Quadery’s relationship, like those of most other young women interviewed by RNS for this story, was what she called a “modern” take on arranged marriage: She met her now-husband when their parents introduced them to each other with the intention of them getting married. The pair hit it off and tied the knot within six months.

“It wasn’t like my parents picked out a guy for me and I just had to get married,” Quadery explained. “It’s just about how I met him, and how our parents were involved. It wasn’t like we didn’t have say in the matter.” 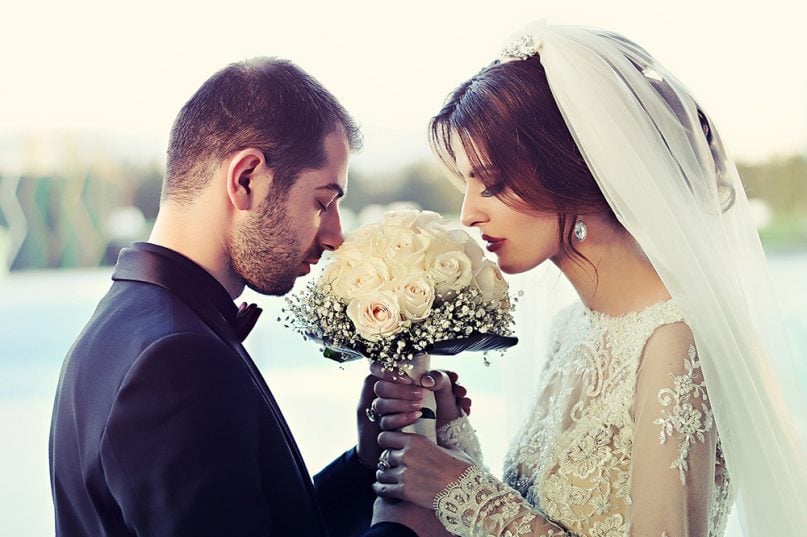 In her circle of friends, most women didn’t start out with the intention of getting arranged marriages. “But the longer they are in the dating scene, the more favorable it is to them,” she said.

More and more young women are realizing that they can tap into their families’ and communities’ networks and work with their parents to find their ideal partner. And the increasing familiarity with dating apps and online dating, which some researchers have noted often operate in a similar way to arranged marriage or even overlap with it, might have something to do with it.

The Long Island woman’s first meeting with her now-husband was more about level-headed evaluation than love at first sight. “It’s more just about knowing that this person fulfills everything that I’m looking for,” she said. “We ended up clicking in a way that I think is really rare, and I feel like I credit that to us being really careful beforehand and praying istikhara throughout.”

Istikhara is a special prayer Muslims perform when they seek guidance about a particular issue or decision, from deciding which college to attend to which marriage offer to accept.

Prayers like that can make the decision easier and calmer, creating a more rich religious experience for Muslim couples in arranged marriages.

“I sought approval from God more than anyone else,” said Ayesha, who got married in 2016 and lives in Ontario, Canada. She asked RNS not to use her full name. “And I kept praying for a good partner, and most importantly, a best friend. But I was also honest with myself about how physical attraction is important, that I want us to be 80 or 90 years old and I’d still want to be with them.”

Still, the risks of taking a leap of faith and getting married remain high whether a marriage is arranged or the result of dating.

“A lot of people tell me that I took a risk that they weren’t able to do,” said Quadery. “And in a way, I did take a risk — I didn’t date him for years before marrying him.”

Just like in any other relationship, they might have realized that their lifestyles or personalities were incompatible after moving in together, or he could have been abusive, a cheater or liar. So having confidence and trust in one’s own instincts is crucial, whether dating or having an arranged marriage, Quadery noted.

“Know yourself, and realize that your parents aren’t going to be the ones who live with your husband,” she said. “You are, so trust your own gut.”