SAO PAOLO, Brazil (RNS) — While the Vatican’s synod on clergy sexual abuse has grabbed headlines in much of the world, another meeting of bishops, slated for October 2019, is already making news here, with some in the administration of Brazil’s new president, Jair Bolsonaro, reportedly calling the synod a platform for “leftist agenda.”

In 2017, Pope Francis has called a special synod of Catholic bishops from the Pan-Amazon region, a territory that includes nine South American countries connected not only by the massive river system but to the historically strong presence of the church.

A major newspaper, O Estado de S. Paulo, reported earlier this month that the synod has become a national concern for the Brazilian government, with the country’s intelligence agency and military monitoring the preparative meetings for the Synod of Bishops for the Special Assembly for the Pan-Amazon Region, and the church’s activities in the Amazon.

Bolsonaro’s Cabinet secretary for institutional security, Gen. Augusto Heleno, was quoted in the story as saying, in reference to the synod, “We are worried about it and want to neutralize it.”

Bolsonaro, who was elected late last year, campaigned on promises to end protections of the Amazon rainforest and limit Brazil’s indigenous people’s rights to designate land in the river’s sprawling basin as preserves. In one of his first acts as president, he gave responsibility for indigenous preserves to the Agriculture Ministry, which is seen as heavily influenced by agribusiness interests. 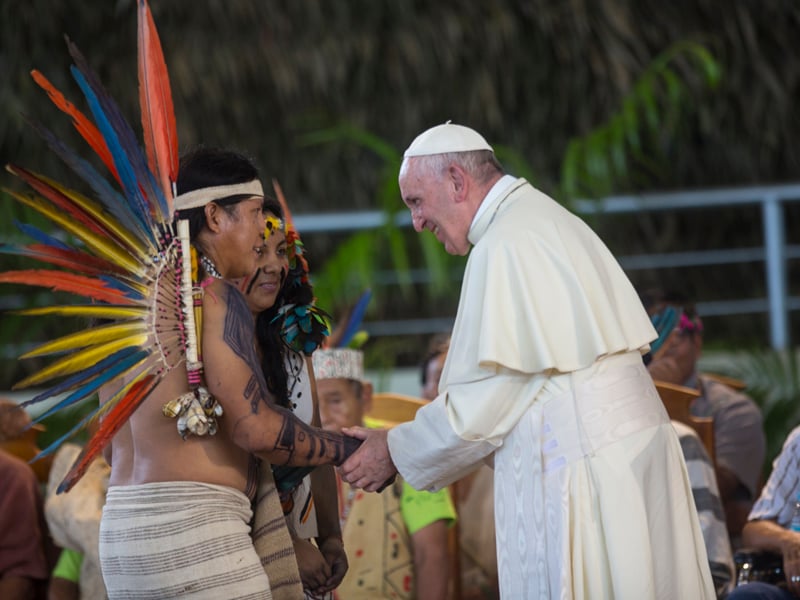 Pope Francis greets indigenous representatives in Puerto Maldonado, Peru, on Jan. 19, 2018. Standing with thousands of indigenous Amazonians, Francis declared the Amazon the “heart of the church” and called for a threefold defense of its life, land and cultures. (AP Photo/Rodrigo Abd)

In calling the synod, Pope Francis, a South American who visited Brazil for World Youth Day in 2013, has made it no secret that he considers the Amazon a central area of mission for Brazilian Catholicism. “One can see the pope has been concerned about these themes in the last few years,” said Bishop Flavio Giovenale of Cruzeiro do Sul, who has long opposed deforestation of the Amazon jungle as a social justice matter for indigenous people.

Preparation for the synod has reportedly been guided by the pope personally and is expected to deal with themes such as the destruction of the rainforest, indigenous rights and the rights of fishermen, peasants and urban populations. 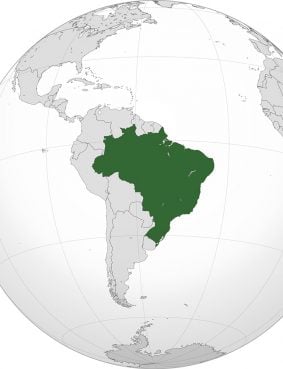 Brazil is the largest country in South America. Map courtesy of Creative Commons

According to Roque Paloschi, archbishop of Porto Velho, the church’s attention to the Amazon is not new. “Throughout the last six decades – even more – the church has recognized the plurality of the human presence in the Amazon and struggled side by side with the Amazonian peoples for their right to exist,” he told Religion News Service.

Giovenale, who has served in the Amazon region since the mid-1970s, is a member of the Pan-Amazonian Ecclesial Network, an alliance of parishes, dioceses and ecclesial movements from the Amazon focused on social and environmental challenges. It is one of several Catholic movements and organizations established to protect the region decades ago.

Giovenale pointed out that the synod was called by Francis in October 2017, long before Bolsonaro’s election, and concerns “not only Brazil, but also Peru, Bolivia, Colombia, Venezuela, Suriname, Guyana, Ecuador and French Guiana,” an overseas department of France.

But the Estado de S. Paulo’s Feb. 10 story suggests the Brazilian government suspects that “progressive clergy” connected to popular movements and parties on the left intend to transform the synod into an international platform to criticize Bolsonaro’s Amazon region policies. “We think this would be interference in the domestic issues of Brazil,” Heleno was quoted as saying.

The general’s office later issued a statement denying that any Brazilian intelligence agency is spying on the Catholic Church but confirmed that it is concerned about “some points of the agenda of the Synod” and that “part of the subjects of said event deal with elements that somehow affect our national sovereignty.”

The statement concluded by affirming that “it is up to Brazil to take care of the Amazon.” 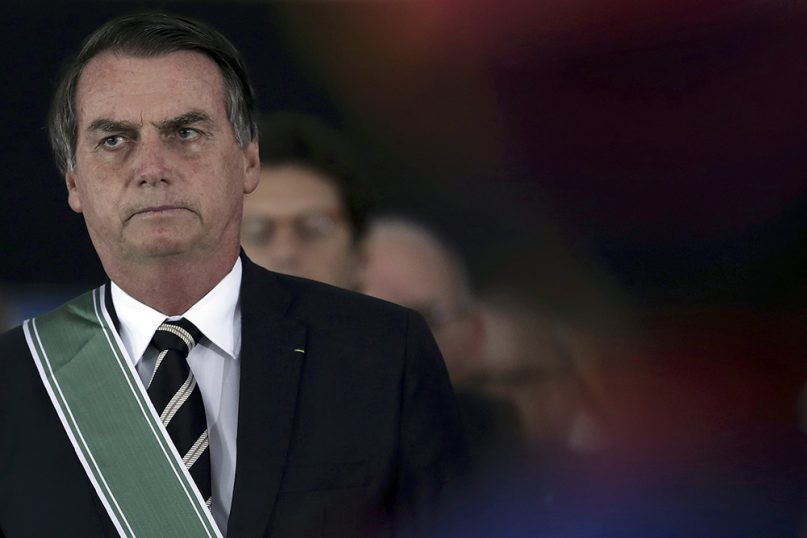 The following day, Bolsonaro’s secretary of the environment, Ricardo Salles, appeared on a talk show and was asked his opinion of Chico Mendes, a well-know Amazonian rubber worker, union leader and Catholic activist who dedicated his life to the protection of the rainforest and its inhabitants until his murder by the son of a Brazilian rancher in 1988. Mendes’ activism was strongly supported by the Catholic Church.

While claiming to be unfamiliar with Mendes’ biography, Salles cast doubt on Mendes’ reputation as a defender of the Amazon. “On the part of environmentalists, more connected to the left, there is an aggrandizement of Chico Mendes. The people who are in agribusiness and are from his region say Chico Mendes was not all that.” Salles suggested Mendes was a profiteer who “took advantage of the other rubber tappers.”

Salles’ comments seemed designed to spur further division between the government on one side and Catholics and environmentalists in Brazil, many of whom regard Mendes as a martyr. “A secretary of government cannot accuse without any evidence a leader whose work is recognized all over the world. It is an outrage for the country and its history,” said Paloschi.