Every year on Rosh Hashanah morning, during theological prime time, we read this story.

It is the story of how God commanded Abraham to offer his beloved, long-awaited son, Isaac, as a sacrifice. At the very last minute, an angel intervenes, telling Abraham to withhold his hand and knife from his son. Isaac is spared — and with him, the rest of the Jewish people throughout history.

Jews call that story the akedah, the binding. It is the most read, most studied, most analyzed Jewish story of all time. It is a close second to the Crucifixion in the number of works of art that it has inspired.

Some scholars suggest that God wanted to “wean” Abraham away from the sacrifice of children — a practice far too common in the ancient world, especially among the Canaanites, Abraham’s neighbors.

We are still sacrificing our children.

This time, on the altars of academic achievement, class privilege, and parental ambition that borders on narcissism.

I am referring to the shocking college admissions scandal, in which federal prosecutors charged 50 people in a brazen scheme to buy spots in the freshman classes at Yale, Stanford and other big name schools.

To quote the New York Times:

Thirty-three well-heeled parents were charged in the case, including Hollywood celebrities and prominent business leaders, and prosecutors said there could be additional indictments to come.

Also implicated were top college athletic coaches, who were accused of accepting millions of dollars to help admit undeserving students to a wide variety of colleges, from the University of Texas at Austin to Wake Forest and Georgetown, by suggesting they were top athletes.

There is only one accurate word for this: idolatry.

To quote the late Rabbi Harold Schulweis: our children must become nachas-producers.

Life is an endless race. Our children are born into a race for success, and parents want them to be on the fast track. The race is to the swift and we will see to it that our children finish first. So we push and pull. We have to “hurry up” the child. Whatever measure the school ordains we will obey, and we will have to have them do even more: more homework, more extra-curricular work, and more activities to impress college referees, more to “make it” to “get in.”

The charges also underscored how college admissions have become so cutthroat and competitive that some have sought to break the rules. The authorities say the parents of some of the nation’s wealthiest and most privileged students sought to buy spots for their children at top universities, not only cheating the system, but potentially cheating other hard-working students out of a chance at a college education.

Intellectualism? Forget about it. The joy of learning? Stop it. The idea that I can be a literate person, a person of broad passions and interests, who might just fall in love with ideas?

Some believe that. Most do not.

This is where my tradition calls on me, and on others, to become iconoclasts, to become cultural revolutionaries, to become Salmon Jews — to swim against the tide of contemporary culture.

It is to internalize this prayer from the morning service, as found in the Reform prayerbook Mishkan T’filah:

let the words of Torah be sweet in our mouths,

and the mouths of Your people Israel,

may know You, by studying Torah for its own sake…

“For its own sake.” Get it? Not to become rich, and not to get presents at a bar/bat mitzvah ceremony, and not to earn a degree.

You learn Torah because it is the way that you gain intimacy with the Holy One of Being.

What does this scandal teach us?

That we have consented in the coarsening of our culture.

We have created a culture in which the self’s demands are infinite, and are unreasonable, and the ego is a Baal, that requires regular sacrifices.

And, yes — of our young people.

You think that we have moved that far from Abraham and the ancient Canaanites who offered their children in bloody sacrifice?

It’s only the names of the altars that are different.

General story
Christian love in a time of coronavirus 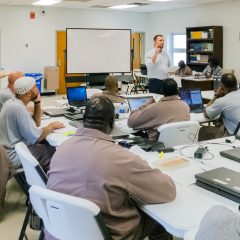 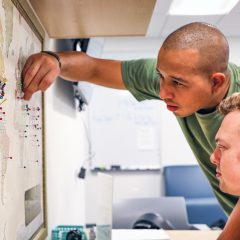 Martini Judaism
Are smart Jews too cool for shul?