BIRMINGHAM, Ala. (RNS) — When the annual meeting of the Southern Baptist Convention opens, a little-noticed ritual usually occurs.

An SBC executive hands a gavel to the person elected president the previous June. That act officially opens the meeting.

It turns out that gavel, the so-called 1872 Broadus gavel, has a questionable history — especially in a church body that has sought racial reconciliation within its ranks.

The gavel is named for John A. Broadus. He was a slaveholder, a believer in white superiority and a founding faculty member of Southern Baptist Theological Seminary.

“At the 1863 meeting of the Southern Baptist Convention in Augusta, Georgia, Broadus drafted resolutions pledging Southern Baptist support for the Confederacy,” reads the SBC flagship seminary’s December report on slavery and racism in its history.

On Wednesday (June 12), the day this year’s SBC meeting concluded, Roger “Sing” Oldham, spokesman for the SBC Executive Committee, confirmed in an interview that the Broadus gavel is named for the former slaveholder.

The nation’s largest Protestant denomination was founded in 1845 in defense of missionaries who owned slaves.

Asked about the juxtaposition of the SBC’s current emphasis on racial reconciliation — it featured a panel discussion on the subject on Tuesday — and its use of a gavel from a leader connected to slavery, Oldham said: “I think that that’s a very valid point to raise. I’m not sure that it’s been considered.” 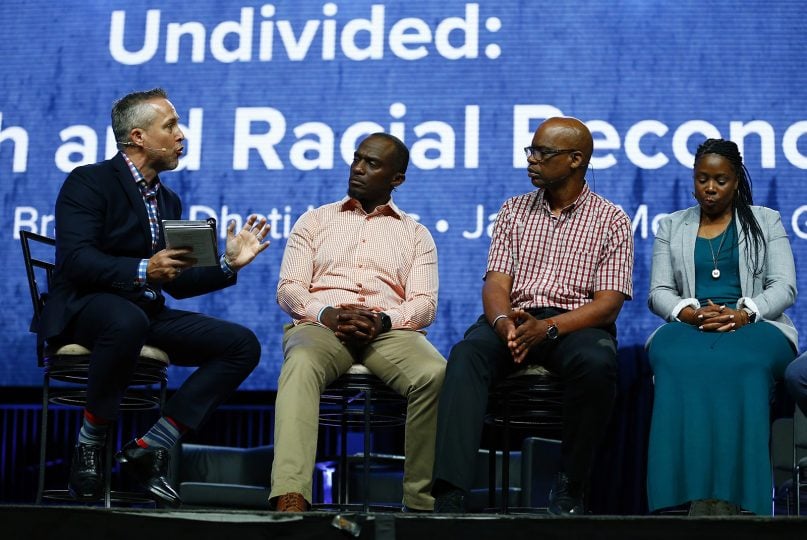 Broadus is known most, Oldham said, for books he wrote about homiletics, or the art of preaching.

“Primarily he is thought of by most Baptists as being the premier teacher of preachers and preaching,” he said. “But your point’s a very valid point for us to consider.”

Southern Seminary President R. Albert Mohler Jr., who supports truth-telling about history rather than removing names from buildings or monuments, said that artifacts connected to American slavery are a part of the SBC’s past. 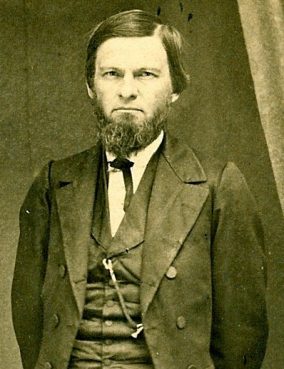 “That’s just, lamentably and tragically, a part of the history of the Southern Baptist Convention,” said Mohler. “The option is either to have a John Broadus gavel or to have no gavels from the convention’s founding era.”

Mohler said Broadus was known in Baptist circles as the pastor of famed missionary Lottie Moon and far beyond the Baptist fold for his definitive book, “On the Preparation and Delivery of Sermons.”

“You’re dealing with someone who in the Baptist world looms as large as the Founding Fathers do in the United States of America,” he said.

A historical note about the gavel included in the denomination’s 1939 Annual explains how it first was presented at an SBC meeting on May 9, 1872.

“The Rev. J. A. Broadus of South Carolina, presented to the Convention a mallet for the use of the President, which he had brought from Jerusalem for that purpose,” according to the note.

It was eventually engraved, in part, with words about how the mallet was a symbol of Jesus’ ministry, stretching from the Jordan River where he was baptized to the Mount of Olives from which it is believed he ascended to heaven: “The head of Olive Wood from Jerusalem and the handle of Balsam Wood from the Banks of the Jordan.”

The Rev. Robert E. Wilson, historian of the SBC’s National African American Fellowship, said it is important to “separate the mallet from the man.” The gavel symbolized Jesus, while the man who gave it to the convention was known for racist policies. “I don’t want to throw the baby out with the bathwater,” Wilson said. “As a historian, at this point I have to say that no, I’m not ready to say that it should not be used because of who presented it.”

Shaun Cross, an African American church planter in Washington, D.C., who attended the SBC meeting as a guest because his fledgling church is so new, said the gavel represents the longevity of the denomination but could also be viewed as a sign of disenfranchisement.

“Symbols have power,” he said. “I think there would need to be serious consideration about the potential of competing symbols.”

“It should not be even used in the next gathering of the SBC,” he said. “The reality of the gavel does not match the current rhetoric of the convention regarding race.”

“‘The thing is wrong,’ he said, ‘getting worse,’ and it was ‘high time’ for southern whites to ‘come out and condemn this business of lynching,’” he told the Louisville Courier-Journal in the late 1800s, according to the report.