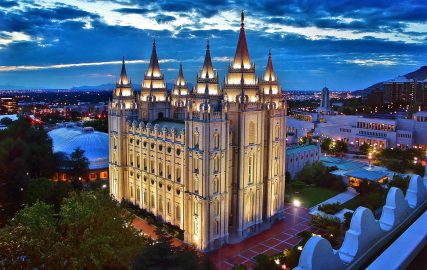 Since The Next Mormons was published, one of the questions I’ve been asked repeatedly is some version of this:

“When will the Church of Jesus Christ of Latter-day Saints start changing so that it stops alienating people in their 20s and 30s?”

I reply that the Church has been changing—rapidly. Ever since Russell M. Nelson took office in January of 2018, the changes have been coming fast and furious, and most of them are quite Millennial-friendly. Change is already happening.

Here I give a quick list of 20 such changes that I think are helpful to young adults and teenagers, or at least not off-putting to them. At the end of the post I briefly discuss whether I think it’s enough to keep young adults in the Church. (Short answer: probably not.)

Taken all together, that’s quite a lot of change in a religion that tends to move incrementally, even glacially. My question is not whether change is happening—it is, and it’s obvious that LDS leaders are trying their best to reach out to young adults—but whether it will be enough to stem the tide of disaffiliation.

My academic training is in the history of religion in the United States, so my perspective on the global LDS Church is limited; church leaders do not have that luxury. These changes are being implemented the world over. But I would argue that what is happening in the United States—which is where the Church’s headquarters is located and, overwhelmingly, where its top leaders are from—exercises an outsized influence on leaders’ decisions. In 2015, for example, when the Church’s disastrous LGBT exclusion policy was put in place, leaders noted that it was done in response to the Supreme Court Obergefell decision.

And what is happening in the United States right now is widespread religious disaffiliation. In fact, compared to the exodus of young adults from some other churches and religious traditions in the U.S., Mormonism is not bleeding quite as badly. But the bleeding hurts, particularly when compared to the high institutional loyalty of previous generations of US Mormons, so LDS leaders are stepping up their game to make the Church more palatable to younger Saints without watering down its core doctrines.

While I applaud many of these changes and think they are long overdue, I don’t think they will move the needle back to the way things used to be, for three reasons.