(RNS) — Last week, a user on the online forum 4chan said he had stopped in a Subway restaurant for his last meal.

Then, the user said, he would drive himself over to Houston’s Baitus Samee Mosque to re-create the massacre that left dozens dead at two New Zealand mosques in March.

“Kebab is like cancer, if you remove it early than (sic) you won’t die,” he wrote, referring derogatorily to Islam.

The poster identified himself as a 24-year-old fascist and said he had even added the name of the New Zealand shooter, whom he praised as “our Hero” and “our one and only,” to his gun.

The poster did not carry out the threat, which was quickly reported to authorities. Now, as the FBI helps local police investigate whether the online threat is credible, Houston-area Muslim leaders are calling for increased security at faith-based institutions across Texas.

“Based on recent events and hate crimes targeting American Muslims, immigrant communities and other minority groups, it is critical that we take these threats seriously and bring the perpetrators to justice,” said Lubabah Abdullah, executive director of the Council on American-Islamic Relations’ Houston chapter.

Last month, CAIR announced that it had reported more than 500 incidences of anti-Muslim bias or harassment in the U.S. already this year.

“Our concern is not with one person or a couple of terrorists here or there,” said Imam Rizwan Khan, who lives on Baitus Samee’s property beside the Houston mosque. “Our main concern is with the ideology of ignorance, of racism, white nationalism and white supremacy, and the environment of hate in our country that allows people to want to kill anyone they disagree with.”

Muslims in Texas, who have seen armed anti-Muslim protesters gathered in front of their local mosques several times in recent years, are increasingly working with law enforcement and independent security consultants to receive security assessments and host active shooter trainings. 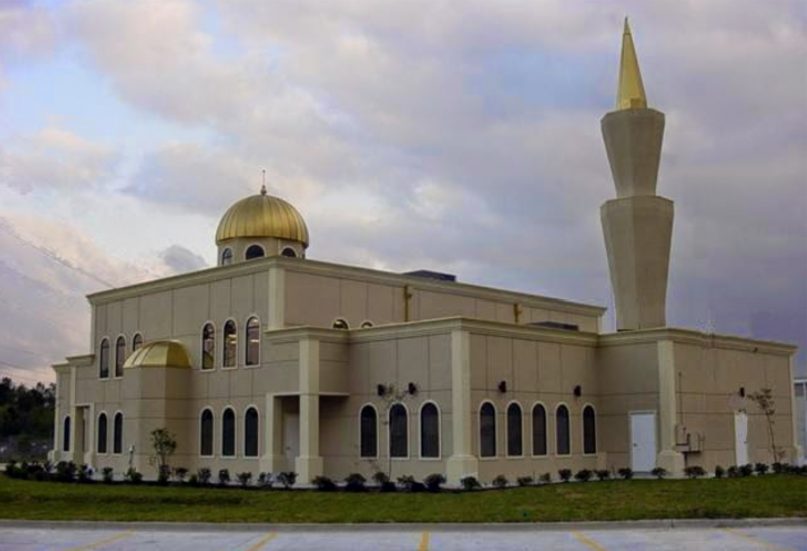 “Our responsibility is to be steadfast and continue in our prayer and worship,” Khan said. “There’s no room for fear or intimidation here.”

Still, he said, it is “better to be safe than sorry.”

The Houston mosque has long had a volunteer security force in place and has increased its security safety measures after the 4chan threat and another unrelated threat in the past few weeks.

On May 24, police charged a man named Dakari Deener with making a terrorist threat after he allegedly threatened to return with a group of friends to shoot up the mosque. Mosque leaders had asked him to leave because the facility was closing.

“That was a second-degree threat made out of anger,” Khan said. “The one made on 4chan is a completely different category of threat. It’s made from an ideological basis of creating terror.”

So far, there have been no arrests in the case of the 4chan threat.

The mosque, which belongs to the Ahmadiyya Muslim Community, opened in 2002 and is among the largest in Texas. The AMC has three chapters in the Houston area.

Days before the online threat was posted, the Islamic Center of Waco had received hate mail accusing Muslims of preying on and killing people after the mosque hosted an interfaith event during Ramadan.

On Sunday, a Muslim woman in Dallas said she was harassed by a customer at a Starbucks, who allegedly yelled at her and threw coffee cup sleeves in her face for wearing a hijab. In January, a Muslim mother and daughter said a stranger at Dallas’ Reunion Tower verbally and physically harassed them, hitting their heads and pulling off their hijabs.