(RNS) — As far as I know, I was the first Sikh hired to teach Islamic studies at an American university. I loved every minute of it, especially because my employer, Trinity University, was located in my beloved hometown of San Antonio, Texas.

My first real job also shed new light for me on what it’s like to be an underrepresented minority in this country. Most Americans, in short, don’t know who Sikhs are. Typically they presume we are Muslims, mostly as a result of Islam being racialized in the past few decades: It’s not just a faith, it’s also a look, and the resulting stereotypes square with the appearance of many Sikh men — brown skin, turban, beard. That’s me.

Of course I had long since learned what “looking Muslim” meant in post-9/11 America. I knew firsthand the violence that came with misguided understandings of Islam, and as a Sikh especially, I felt compelled to do something about it. It’s precisely what sent me down the path of studying religious communities and addressing the racism they experience. I decided to make allyship with Muslims and those affected by anti-Muslim hate a centerpiece of my life.

Because my path seemed so obvious to me, I never considered my field of study to be odd. Only when I began interviewing for jobs did I realize that some might find it strange for a Sikh to teach Islam. “How can you teach a religion you don’t even practice?” people would ask, including the president of a university during a job interview.

I wanted to point out to the president that the scholars in his own religion department, like most of the religion scholars I knew, did not practice the faiths they taught. It’s considered normal for white scholars to be interested in traditions other than their own. I didn’t alert him to his bias — I wanted the job, after all. But ever since I’ve wished I could have asked why it was problematic for me to express the same interest — because I’m a person of color? Because I identify as a religious minority?

My wife lived in New York City when I was hired at Trinity, and because she was working and we didn’t yet have kids or a firm long-term plan, I commuted to and from Texas every week. I would fly out Monday morning and return on Thursday evening, a brutal schedule that my generous colleagues bent over backward to accommodate. 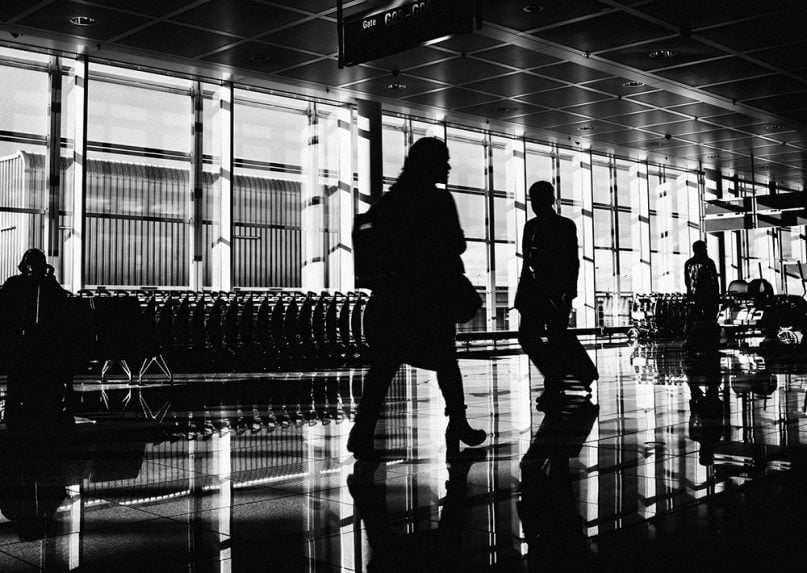 But traveling had its perks — tons of frequent flier miles, for one. I also got so familiar with airport security officials that they often let me slide through without subjecting me to otherwise common racial profiling and secondary screening procedures.

But there were uncomfortable aspects. On my regular carrier, Southwest Airlines, whose first-come, first-served seating policy normally sets off a scramble for favorable seats, my fellow passengers consistently chose not to sit beside me, no matter where I was sitting, until no other option was available. I sometimes made a game of it, counting how many empty seats were left for the unseated passengers, trying to guess if I would get a row to myself or at least an empty seat next to me so I could spread out a bit more freely.

It wasn’t just me. Check out the Twitter hashtags #FlyingWhileBrown or #FlyingWhileMuslim or #FlyingWhileSikh. It’s a real thing. I was grateful for the extra space, but part of me would feel sad that people viewed me as someone they didn’t want to be around.

My conundrum in this situation was whether to prepare for class. If I pulled out a book on the Quran or on Islamic history or on politics in the Middle East, would it cause unnecessary distress? After hiding my books for months, reflecting constantly on the Sikh teaching that “A truly wise person neither fears anyone nor inspires fear in anyone,” I eventually put fake book jackets on what I was reading.

Some may say I gave in to illegitimate fears and should have simply read and graded unapologetically; if people felt worried, that was their problem.

I see that argument and honor it. But as a racialized body, it’s not always easy to dismiss others’ fears. For one thing, these fears often have consequences for people who look like me. This is a reality that all people of color know because they live it every day of their lives. There is a real psychological impact of being so cognizant of one’s own appearance and how it’s perceived in public. Even things that seem mundane to many people raise questions for me. 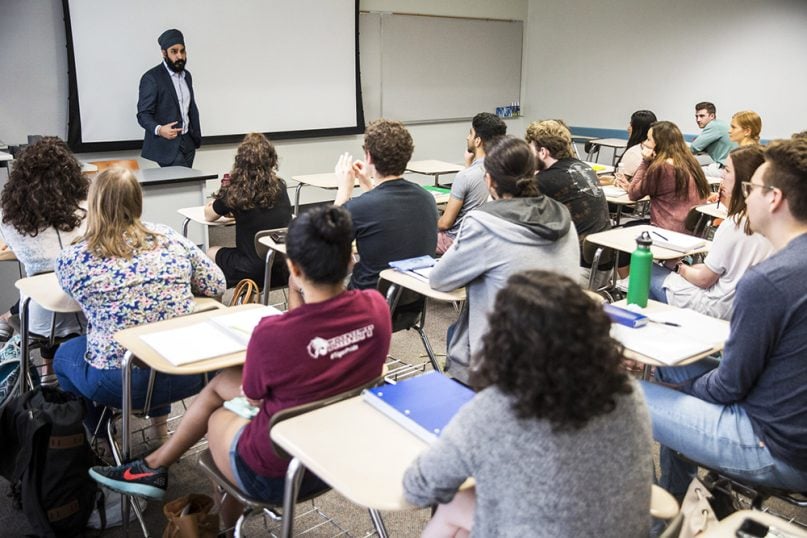 For instance, I was surprised (though I probably shouldn’t have been) by the hate aimed at me in my job. People were angry when I spoke out about a 14-year-old Muslim boy in Texas who had been wrongfully accused of bringing a bomb to school. Local law enforcement handcuffed, detained and questioned him for 90 minutes without permitting him to see his parents. My tweet of solidarity with the boy became part of the story on “Good Morning America” and CNN International. Some called our university president’s office demanding I be fired.

My university supported me, as it did when I got a credible death threat and had to involve authorities. And the time right-wing outlets published defamatory pieces that confused me with another Sikh man, landing me on the notorious Professor Watch List.

In this sense, what I learned by teaching Islamic studies will always be with me. I can only hope that other universities won’t have second thoughts about hiring me because I’ve appeared on an academic watch list.

But this stays with me too: the wonderful students, colleagues and administrators who welcomed me and listened when I shared my darker lessons as I have here. The sharing of our experience helps others see realities that would be hard to imagine otherwise. Through my own stories I hope they too saw what our Muslim neighbors and every minority goes through in trying to overcome the racial and religious supremacies so deeply embedded in the world around us.