(RNS) — Next week Catholic University of America in Washington will host a debate between New York Post columnist Sohrab Ahmari and National Review writer David French on the conservative movement’s response to the “post-liberal left.” It’s just one of several discussions, conferences and forums attended by conservatives arguing about the future of a movement that has arguably already collapsed.

The Republican Party’s conservative coalition, formed in the late ’70s and early ’80s, has already been replaced by a hodgepodge of contradictory views. George Will just published a book, titled “The Conservative Sensibility,” that never mentions the word “abortion.” Perhaps the most talked-about critique of capitalism of the past year came from conservative Fox News host Tucker Carlson. Republican Sen. Rand Paul recently voted against more resources for the 9/11 Victim Compensation Fund.

The Democrats are not in much better shape. Their leadership and donor class have a better hold on the party in terms of ideology: From New York to the West Coast, progressive elites rule with an iron fist. But the party rank and file, many of them African Americans and Latinos, is way more conservative on cultural issues than are the political and thought leaders. A recent New York Times op-ed persuasively argued that the Democratic Party is better thought of as at least three parties.

When all the serious Democratic candidates for president want abortion on request, for any reason, and available right up to birth, or full public health care benefits for immigrants who come to the U.S. illegally, it is clear the party leadership has left the rank and file of the party behind.

And things will get worse before they get better: The Democratic presidential candidates are being urged to become even more extreme, putting massive stress on the party’s foundations. 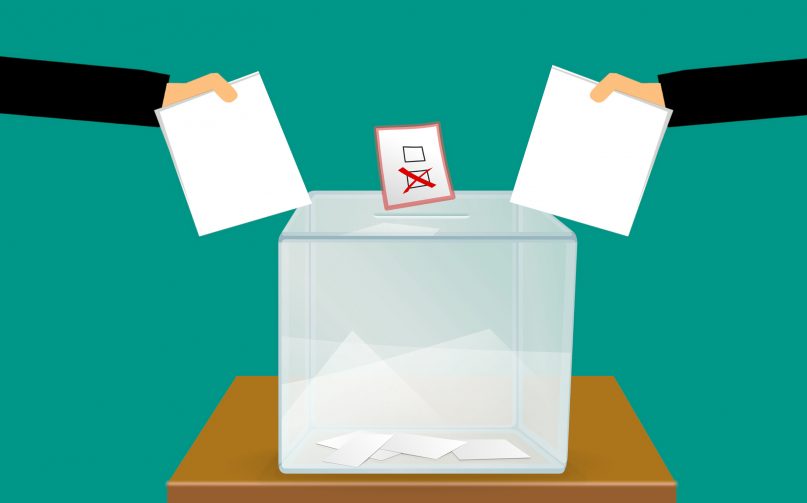 It’s not a stretch to say that the political structures and assumptions of the last four decades in the U.S. are headed toward implosion. The two parties are not only ideologically incoherent; they are bleeding membership. According to Gallup, 46 percent now no longer identify as either Democrats or Republicans. This is the highest number in the history of the poll.

Signaling the future, a stunning 71 percent of millennials say that a third major party is needed.

But even if both major parties were not on their way out, there would still be good reasons to reject both as standing for profound evil. The Republican Party leadership thwarts attempts to save the world from global climate change and erases thousands of inconvenient vulnerable immigrants from moral and legal concern. The Democratic Party leadership turns religious freedom into a euphemism for discrimination against LGBT persons and erases millions of inconvenient vulnerable prenatal children from moral and legal concern.

This moment of political destruction and realignment actually presents Americans with a significant opportunity to separate ourselves from the froth and angst of the fray to refocus through prayer and meditation on those values and principles we hold most dear. And then, firmly grounded in these foundational values apart from national politics, we can return to the political fight better able to honor those values in an authentic way. 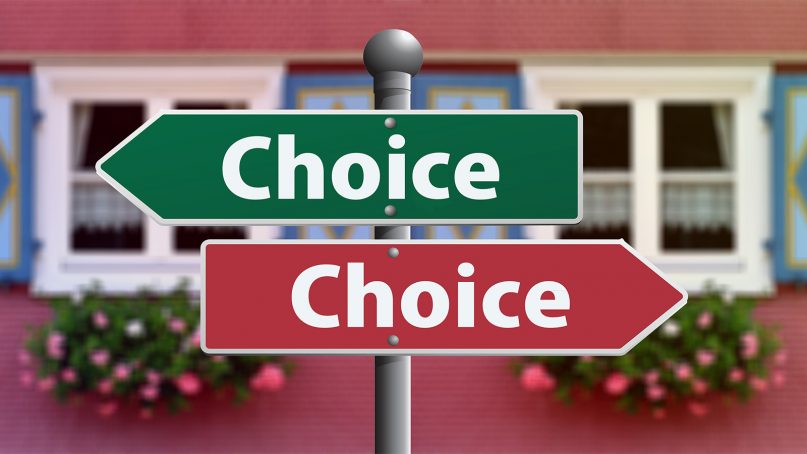 Image by by Gerd Altmann/Creative Commons

In my own journey along these lines, I’ve left the Democratic Party, where I was among a minority of pro-life advocates, to join the American Solidarity Party, a group that comes out of the great tradition of Democratic Christian parties that emerged in 19th-century Europe.

Think that a third party can’t hope to represent a significant number of people? Think again.

The Democracy Fund’s Voter Study Group found a striking fact about the 2016 electorate: Nearly 1 in 4 voters identified as economically liberal but socially conservative. This massive group of people currently has no voice in our national politics. 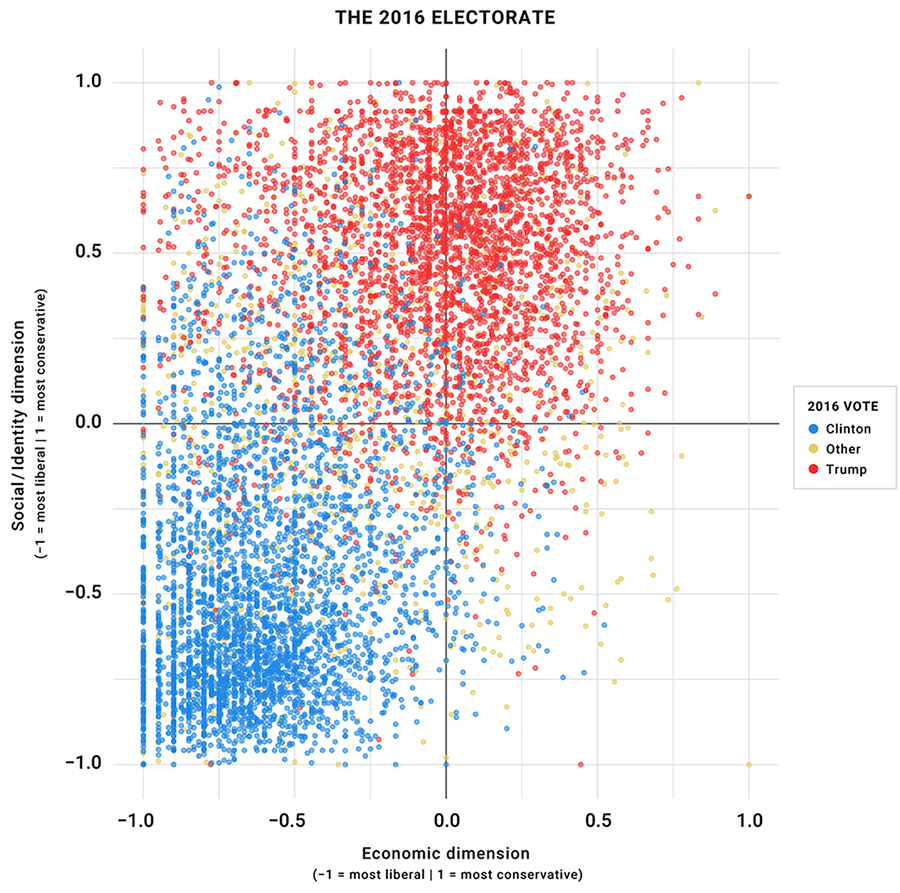 The dozens of millions who belong to the upper left quadrant in the graph shown here believe both that we must build a culture and enact laws upholding the equal, innate and inviolable dignity and rights of every human person from conception to natural death, while ensuring every person has access to essentials such as food, shelter, education and health care.

It’s a group that looks first to family and to our local communities and voluntary associations, not national government and institutions as guarantors of human dignity. This group wants to protect the environment and opposes war except as a last resort.

I’ve heard many different kinds of objections to third parties. “Glad you have the cultural privilege to be able to vote third party!” “Who do you think the unborn would vote for in 2020?” “The next election will be the most important of our lives — how can you throw your influence away like this?”

These are understandable concerns. But especially given the power we’ve invested in the presidency, we will be confronted with “the most important election of our lives” every four years for the foreseeable future. Each presidential election will have an enormous amount at stake for vulnerable populations like the prenatal child and the migrant. But for ULQs — those in that upper left quadrant — and others who are politically homeless, there is enough at stake “on both sides” that, regardless of who is elected, there will be horrific outcomes.

This makes the choice to take advantage of our current political uncertainty and realignment that much easier. It is time for people of good conscience and strong will — especially the millions of politically homeless ULQs — to refuse to yet again bow before our terminally ill political duopoly.