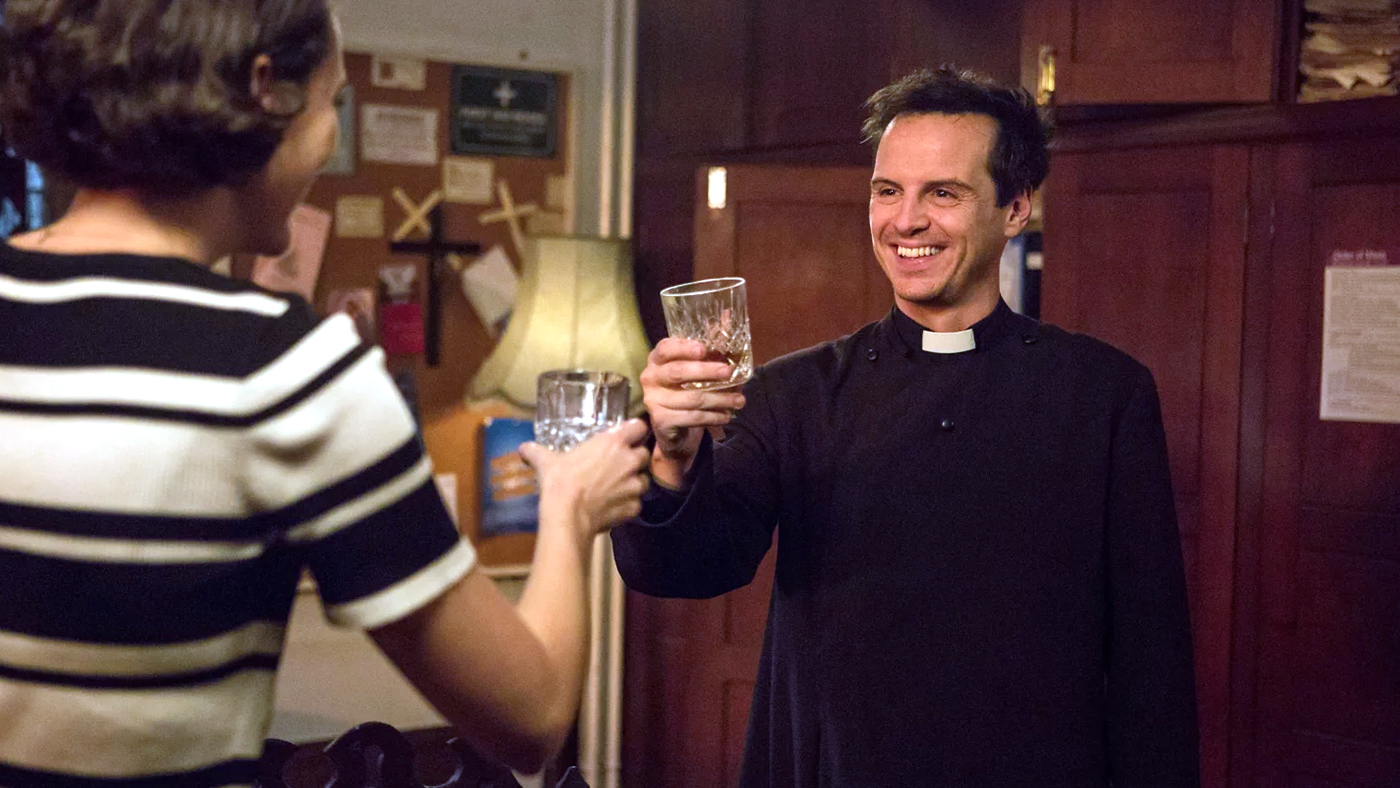 (RNS) — Last week, while visiting Rome, I picked up as a birthday present for a friend one of the “Hot Priest” calendars that have become ubiquitous in the past few years. A project by a local photographer named Piero Pazzi, who shot most of his subjects after coming across them in the city streets, the calendar showcases exceedingly handsome priests, each smiling at something ineffable just beyond our field of vision.

Respectfully shot and tame, the photos are attractive, to be sure, but they're not pinups. They're not so much for our gaze, as many models are, but rather implicitly are gazing at something else. Something we can't quite see.

This has been, after all, a Hot Priest Summer. First there was "Fleabag," the British television dramedy by writer-actress Phoebe Waller-Bridge, which placed at the heart of its second season an ill-fated romance between its titular exuberant mess and a Catholic priest. 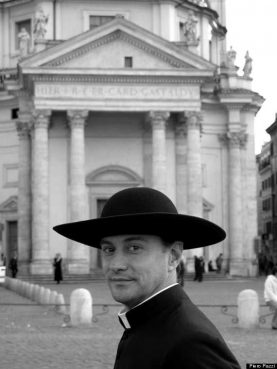 One of the priests in Piero Pazzi’s Calendario Romano 2019. Photo by Piero Pazzi

Then there was the viral video that made the meme official: the brainchild of Texas-based Episcopal priest David W. Peters, whose short videos on popular streaming site TikTok, including “Outfits I'm Afraid to Wear (Out of the Sacristy),” made him a viral internet sensation. The outfit video alone garnered at least 2 million views. Priests are — apparently — having a cultural moment.

The easy answer would be, of course, that priests are hot, culturally speaking, because they are forbidden. The Catholic ones in particular are sworn to celibacy, and so they are taboo; sex with a priest is a delightfully naughty transgression. Back in 2001, “Sex and the City” took this route with perpetually insatiable Samantha developing an obsession with the man she termed Friar Fornication — only she used the four-letter term.

But in "Fleabag,” the appeal of the Hot Priest seems less about transgression and more about, well, certainty. The titular character in "Fleabag" is drawn to The Priest (neither character gets a first name) not simply because she can’t have him, but rather because his faith in the Bible, his faith in a living and present God, his moral and spiritual certainty  fill an emptiness in her own. In one revealing scene, Fleabag reads the Bible that The Priest has given her in the bath, only to gasp in shock at its contents.

Likewise, Peters, the TikTok priest (who, as an Anglican priest, is permitted to marry), attributes his newfound fame to his ability to juxtapose playfulness with theological seriousness in what he calls religious “joy."

“We believe that someone died and rose from the dead — that should make us really happy as people,” he told Vice. “There's always this death in this life and we experience it, but then there's this resurrection that happens. To me, that's something to really celebrate and be joyful about.”

The appeal of today’s Hot Priest, in other words, is less about the forbidden than about the aspirational. The Hot Priest blends moral and theological certainty (or at least faith) with a quintessentially millennial willingness to reimagine his role outside the traditional confines of Christian liturgy.

If you found the Hot Priest in your local church, he wouldn't be hot. Rather, he’s your best-friend-and-maybe-lover, as in "Fleabag,” on your calendar, on your social media feed. His “Hot”-ness is rooted in his willingness to engage with the world. It's not his inaccessibility that makes him hot, it's his accessibility.

Peters posits that it’s the combination of elaborate liturgical vestments with “goofy” playfulness that has made him so emblematic of today’s Hot Priest Summer.

But his analysis quickly turns generational, and he hones in on millennials' habit of respecting mystic tradition while adapting it to their sensibilities. “The generation that I feel is the biggest on TikTok,” he told Vice, “they grew up with Harry Potter and all this ancient lore and people wearing robes in movies that they're into. I've noticed that younger people tend to really like ancient, older practices aligned with progressive views of gender and sexuality and rights for all people.”

Hot Priest Summer, of course, may turn out to be just another Twitter joke. But it tells us something very real about the way in which millennials — religious or not — are changing how they think (and joke) about religious figures. They’re not either authority figures to be followed exactly, nor idols to be torn down, but rather something in between.

Next up in this vein appears to be Christian Girl Autumn, the viral byproduct of a hoax Tweet mocking 2019's Twitter phenomenon Hot Girl Summer.

While the meme of "Hot Girl Summer" — sexy women living their "best lives" — stresses personal empowerment, the joke behind "Christian Girl Autumn" seems to be that, as we return to sweater weather, we want a little more security, and a little more certainty.

As with Hot Priest Summer, Christian Girl Autumn reflects a wider cultural curiosity about the truth behind the meme, asking What can faith offer, anyway?

Twitter may not have the answer. But it will keep asking the question.