LOS ANGELES (RNS) — Sophie Cote, a math and economics major who hopes to be on Wall Street one day, and Charlotta Lebedenko, a chemistry and philosophy major on her way to medical school, sat together during their medieval theology class at Fordham University, a Jesuit university in New York.

Freshmen at the time, the two banded together to defend their non-religious perspectives.

“It became pretty clear that our views were very, very different from everyone else,” Lebedenko said. “People would be upset that Sophie and I would speak up in class against theologians such as Aquinas and Anselm and say, ‘We disagree with this and here’s why.’” 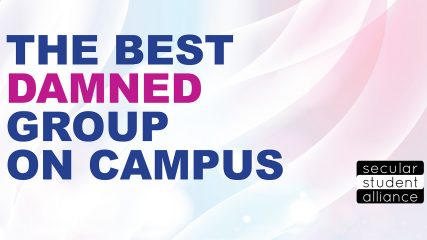 Now, as sophomores, the two are roommates and starting Fordham University’s first Secular Student Alliance chapter — one of 10 new chapters that have been started recently at religiously affiliated schools.

“I knew I was an atheist before (the class), but I was very non-committal about it,” Cote said. “That class kind of drove me to try to have to defend myself, finally, and come up with reasons why I thought what I did.”

Nearly four in 10 young adults ages 18 to 29 are religiously unaffiliated — or nones — and are four times more likely as young adults a generation ago to identify this way, according to a study by the Public Religion Research Institute. Among college students surveyed by Trinity College, 32% identified their worldview as religious; 32% as spiritual; and 28% as secular.

“The younger population is becoming more nonreligious,” said Kevin Bolling, executive director of the SSA. “That’s a trend happening in our larger society, so religious campuses are going to be seeing that as well.” 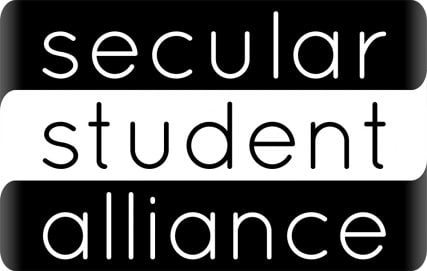 It’s no surprise for any campus club to have hold ups and for things to go slower than expected. “At the same time, I wouldn’t be surprised if it was taking longer because they were discussing whether or not it should be allowed,” Cote said.

The SSA chapter at Baylor has been around for 12 years and is the longest-running SSA chapter at a religious institution, but it has never been officially recognized by the university.

That means they can’t advertise their club on campus, can’t use the school’s name or imply the school endorses them. The SSA chapter also can’t use campus resources. While other clubs can recruit members by chalking sidewalks or hanging up fliers — SSA can’t do that at Baylor.

“We could try it but at the risk of getting expelled,” said one Baylor student. 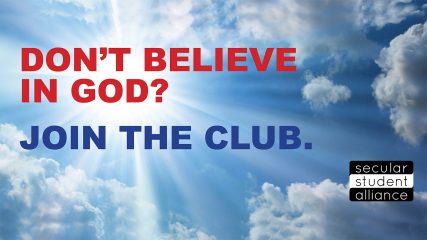 “We expect that each Baylor student will conduct himself or herself in accordance with Christian principles as commonly perceived by Texas Baptists,” reads the Baylor student conduct code. “Personal misconduct either on or off the campus by anyone connected with Baylor detracts from the Christian witness Baylor strives to present to the world and hinders full accomplishment of the mission of the University.”

Instead they have to turn to social media and word of mouth. They rely on the national SSA to support them with supplies, materials and people to help answer questions.

But lack of official campus recognition is not their only concern.

Religion News Service interviewed two students who also feared how this information could impact their grades, relationships with professors and future opportunities. They both requested their names be left out of the story.

“College is a place where you learn to question all of your ideas,” said one of the students. “Some of our members aren’t even out to their families yet.”

And they’ve received harsh backlash when other students on campus find out about SSA or their beliefs.

The second student had people come up to him and say, “If you don’t believe in God, your life is meaningless. Why don’t you just go kill yourself?”

It’s in those moments that having the support of a group like SSA can be really important. 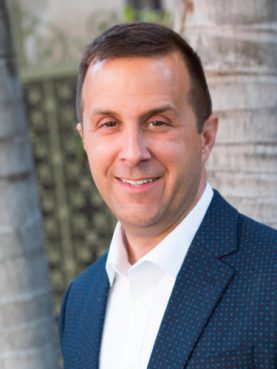 While there isn’t an SSA chapter at Liberty University, Bolling said he’s been in contact with students who attended the school and who were looking for support.

“(The students) knew they could not say that they were non-religious,” he said. They’ve since graduated and formed a secular group in Lynchburg, Virginia, but are still cautious of who they tell due to the university’s influence on the town.

“Having that network of people where they can come and have conversations and people who think like them and there’s a safety net and a family is crucial,” Bolling said. “All of us crave connections to people who are like us.”

Attending a religious university in the first place made Lebedenko a little nervous, but, she said, “The pros outweigh the cons.”

“Not all students go to a religious university because of the religion,” Bolling said.

For some, it’s because of guaranteed research opportunities. For others, it’s for a particular major. For Cote and Lebedenko, it was because they both were accepted into the honors college, received merit scholarships and wanted to go to a school in New York.

Now the two roommates just need to work on finding more members and getting meetings started. The national SSA supports the chapter by giving them tabling supplies, getting them connected and helping answer all their questions, Cote said.

“As a club leader, I guess it’s rare to have adults who are so invested in your club’s success,” she said.

Their goals for the club’s first year are mostly just getting it off the ground and hosting smaller events, like an “Ask an Atheist” day, before hosting anything larger.

But their big hope is to one day host Andrew Seidel, author of “The Founding Myth: Why Christian Nationalism Is Un-American.”

They are also making their plans align with Fordham as much as possible. One of the tenets of a Jesuit education is cura personalis, or “care of the whole person.” This leads to a lot of retreats, volunteer activities and well-being focused culture on campus, “but every single one of those is tied to Catholicism,” Cote said.

“SSA can be a space where we could have a retreat, we could talk about our lives and talk about spirituality, volunteer and do things that are usually associated with the church,” she said. “But it has no religious connection at all.”