(RNS) — Last week, two seemingly unrelated stories appeared in my Facebook feed in rapid succession. The first was the unwelcome update that Lavina Fielding Anderson, who was excommunicated from The Church of Jesus Christ of Latter-day Saints in 1993, has been denied re-baptism. Anderson’s excommunication was caused by her shining a light on what she called “ecclesiastical abuse” in the church. It was documented in a long, well-researched Dialogue article that chronicled how intellectuals and feminists were being disciplined by Mormon leaders for various things they wrote and said.

And then, Anderson herself was targeted for the things she wrote and said, her excommunication occurring as part of the famous purge of the group of church critics known as the “September Six.”

Since the 1990s, the church has made great strides in accepting as fact some of the exact claims that intellectuals, especially historians, were disciplined for writing about back in the day. Anderson was not excommunicated because the incidents she documented were false; she was excommunicated for bringing them to light. In church lingo, this was “conduct unbecoming a member.” Her sin was naming the incidents, and calling them abuse.

It seems logical that the shifting tides of how much better the church now treats intellectuals, coupled with Anderson’s stalwart church attendance and devotion in the intervening years, would have made her re-baptism a shoo-in. Nope. The First Presidency denied her request, apparently without explanation. It seems that the “shoot the messenger” approach is still with us. 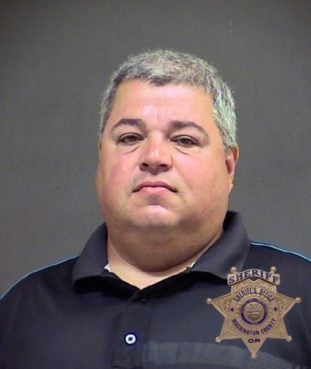 The second unwelcome news item was that another male Mormon leader has been arrested on sexual abuse charges. This time it’s Bishop Paul Burdick in Oregon, who is accused of abusing 15 girls from 2012 to 2018 during his day job as a driver’s ed instructor. This is in addition to the arrest of Utah resident Steven Murdock last month in Nashville, Tenn. Murdock, a former bishop who was serving on a stake high council at the time of his arrest, allegedly took photos of a woman while she was trying on clothes in a department store dressing room.

The juxtaposition of these news stories brought home to me how inhospitable the church is to hearing women’s voices, and how very hospitable it is to protecting male power.

With the Murdock case, one of the discussions that is now happening concerns how local church leaders in Utah dealt with his release from his calling on the stake high council. The good news is that it sounds like Murdock was released as soon as possible, the very next Sunday after his arrest. The bad news is how it was done. Several stake members have said that they were told to raise their hands in sacrament meeting not just in support of Murdock’s release, but in support of him as a person — “a great man,” as one leader is said to have put it.

This is unacceptable, but not surprising, for three sad reasons.

The first is the limitations of ingrained structural sexism. In the church, men exist in entirely homosocial corridors of power. They rarely attend meetings with women or girls, and never with women as equal partners. They do not have to listen to women at church as anything but merely advisory voices, if they listen to women at all, though many do choose to listen and go out of their way to correct the imbalance.

I’m sorry to be so blunt about it, but there is no way around the reality: Women do not lead men in this church. Ever. Women do not even lead teenage boys in this church. Starting from at least the age of 12, if not earlier, men are conditioned at church to see women as ancillary to decision-making.

It’s not surprising, given this reality, that male church leaders are more likely to believe male perpetrators than they are female victims.

It’s a trust issue. It is human nature that when we are presented with cold, hard facts about a person we have counseled with, served with and sat with for many hours in meetings, our knee-jerk reaction is to discredit anything bad about them. We want to continue believing that this person is exactly what we thought they were: the affable and loving bishop, the kindhearted and funny member of stake high council. When the accused are people we know personally, seeing their names in connection with degrading stories of sexual abuse and predatory misconduct does not compute.

This is why the system is entirely stacked against women. It’s not just that women in the LDS church are not permitted to make decisions that affect anyone but other women and perhaps children (and even then, such decisions must always be approved by male priesthood leaders). It’s also that women simply do not have the access to decision-makers that men do. 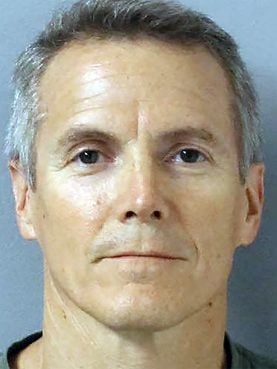 Steven Murdock, a Utah man who serves as a local leader in The Church of Jesus Christ of Latter-day Saints, is accused of illegally photographing a woman in Tennessee in a mall dressing room. (Metropolitan Nashville Police Department via AP)

When Murdock comes before a disciplinary council on charges of sexual misconduct, which I fully expect will happen, it will be the exact stake high council he served on, with the same men deciding his fate. Men who know him well.

The second sad reality is related. All Latter-day Saints, both men and women, are counseled to obey their leaders. To do so is considered a blessing. We are instructed that the Lord himself called our bishops, stake presidents and general authorities to the positions they hold, and it is not our place to question them.

Such a system is at great risk for abuse. It’s interesting to me that both Murdock and Burdick were arrested when charges were brought by women and girls who were not — to my knowledge, at least — members of the church.

Is this because the men never perpetrated acts of abuse on fellow members, or because Latter-day Saint women and girls had been so conditioned by a culture of obeying male authority and protecting the institution of the church that they dared not speak the truth?

Finally, our religion has a long and unfortunate history of regarding women as objects. Polygamy is no longer practiced, but it has also never been refuted. Its legacy lives on in temple sealing practices that require divorced or bereaved women to have their first marriage “canceled” before they can remarry in the temple; men are under no such obligation.

What this means in practice is that a man may look forward to an eternity in which all of the women who married him monogamously in life become polygamists in the afterlife. Their consent to this, it seems, is unimportant — which suggests that Mormon men expect that even in the eternities, their decisions about women will still be more important than women’s decisions about themselves.