(RNS) — “Same God,” a documentary coming to PBS later this year, is about Larycia Hawkins, the first African American woman to be a tenured professor at Wheaton College in Illinois, who set out to highlight the commonalities among the Abrahamic faiths — Judaism, Islam and Christianity — and discovered what keeps them apart.

Produced and directed by Linda Midgett, a Wheaton alumna, the film follows Hawkins’ experiences after she decided during Advent in 2015 to wear a hijab in solidarity with Muslim women. Her intent was to explore what it means to embody solidarity with another faith — an inquiry that led her to post on Facebook post that Muslims and Christians worship the same God.

At Wheaton, Billy Graham’s alma mater and the United States’ preeminent evangelical school, Hawkins’ gesture of “embodied solidarity,” as she called her wearing of hijab, was merely controversial, but the Facebook post was unforgivable. Despite student protests on her behalf, Hawkins eventually lost her professorship. 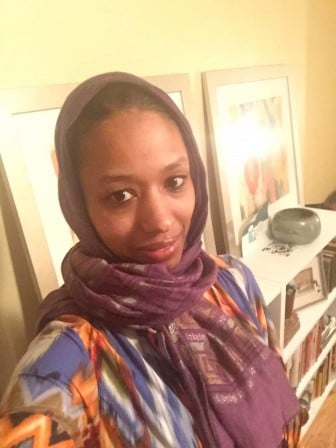 Hawkins’ story points to a fact that many of us have known for a long time: When evangelical Christians talk about religious liberty, they mean it for everyone but Muslims. But it also raises questions about what it means to be an ally and what exactly embodied solidarity means.

Within American Muslim communities, the idea of solidarity and allyship is vastly complicated and informed by religious practice, intentions, active listening and learning and the willingness to admit and accept one’s own ingrained attitudes about other communities.

Hawkins, now part of the general faculty at University of Virginia’s departments of politics and religious studies, talks in Midgett’s film about how it felt in December 2015 to hear Donald Trump, then a presidential candidate, call for “banning all Muslims” from entering the United States.

In discussions she was having with her students at Wheaton, where she taught political science, Hawkins felt compelled by her faith to show solidarity with her Muslim brothers and sisters. After consulting with the Council on American-Islamic Relations, she posted a picture of herself in hijab with an accompanying statement on Facebook. “Women standing with women. That’s what I wanted to see,” she explained in “Same God.”

But Hawkins saw the move as a Christian act as well as a feminist one. “Solidarity in its heart is what the cross is all about,” Hawkins said. “Because the cross was God’s solidarity with humanity.”

At a panel discussion after a showing in Washington, D.C. (the film has also been featured at film festivals in Virginia, Los Angeles and New Orleans), Hawkins amplified on this sacred principle. But sitting in the audience, I hardly needed to listen — I could see in her eyes and body language how fervently she believes in the act of embodied solidarity. 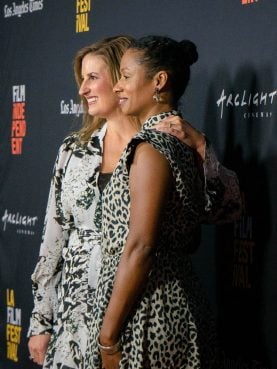 “What I learned about the hijab was a very humbling experience,” she said. “It wasn’t a social experiment. … The hijab as a concept in Islam is about honoring God with our bodies. The hijab is one way of honoring God.”

In my two decades of covering Muslim communities in America and hearing stories about the hijab — why we wear it or take it off, those who are forced to wear it, those who choose not to, the targeting of hijabi women, what Islamic scripture says about it — I’ve had occasion to ask myself, in my capacity as a private Muslim woman who wears the hijab, why is this such a big thing to everyone? Can’t we move on?

The fascination with the hijab is, of course, a stand-in for our fascination with a host of other social issues: the intersection of modesty and fashion, oppression and empowerment, politicization of religion, tokenism.

But it also remains one of the most visible representations of Islam and as such lends itself to being a display of sympathy and unity with those who suffer for wearing it, or who have to fight to retain the right to wear it. It also remains a flashpoint for those who call the hijab oppressive or religiously unnecessary, pointing to the societies where modest dressing is forced.

In the wake of the horrific mass shooting of 50 Muslims at two mosques in Christchurch, New Zealand, last fall, women worldwide, including New Zealand Prime Minister Jacinda Ardern, donned the hijab in solidarity. Some of her fellow New Zealanders, supported by a #HeadscarfForHarmony campaign, followed suit, declaring their oneness with Muslims in their communities. 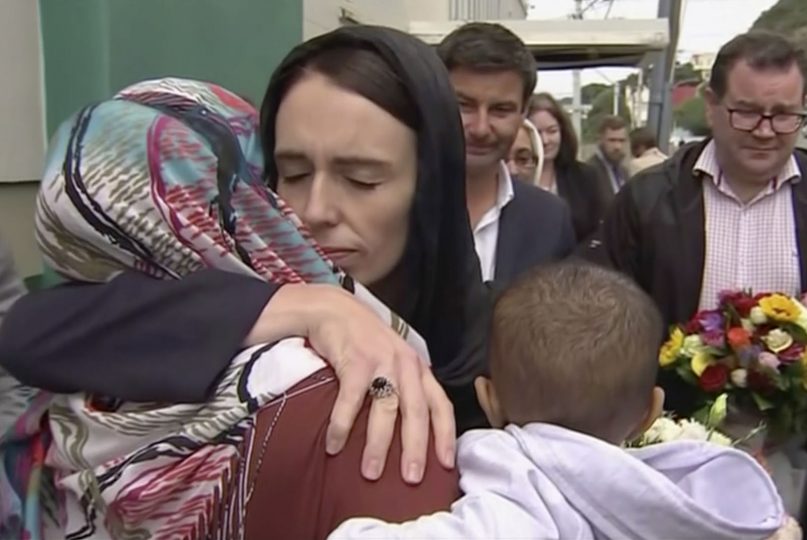 In this image made from video, New Zealand Prime Minister Jacinda Ardern, center, hugs and consoles a woman as she visited Kilbirnie Mosque to lay flowers among tributes to Christchurch attack victims, in Wellington, on March 17, 2019. (TVNZ via AP)

It doesn’t always, however, read that way to Muslim women. One called #HeadscarfForHarmony “cheap tokenism … a gimmick and pretty distasteful” in a column. “Most people will remove their scarves when Friday ends whilst my mother and sisters continue to be abused — as it’s their religious outfit and not a costume.”

Sahar Pirzada, outreach director for Heart Women & Girls, a Muslim organization that promotes awareness of sexual assault and sexual health, said solidarity was more than “wearing a hijab, thinking that does anything to challenge the systemic issues that have led to white supremacist violent attacks on my community. We need more than performative solidarity.”

I’ve largely greeted wearing the hijab in solidarity as a positive gesture, less for the benefit of Muslim women than as a step for the newbie wearer toward understanding how visible you become when you wear the hijab. I’d never respond with a blanket “No” if someone asked whether to wear it in solidarity.

I will point out that there are many other ways to support Muslim women. Cultivate authentic friendships with Muslims and listen to them. Reject anti-Muslim rhetoric. Read about and spend time researching the roots of white supremacy and anti-Muslim hate. Ask genuine questions.

As my friend Hind Makki wrote recently on Facebook after the Christchurch mass shootings, “We welcome solidarity (who doesn’t?) and intention IS important. But also important is centering the voices and actual experiences of the affected community, not the interpretation by outsiders of those experiences.”

What Midgett’s film shows is that Hawkins has done what Makki suggests, but in a different way. She has centered within herself the actual experience of Muslim women while also bringing the narrative back to Muslim communities living this often tense experience. It is in this that Hawkins truly learned what it meant to don the hijab. She lost her job for it. She walked up to the line that separates evangelical Christians and Muslims, crossed it and took the consequences. 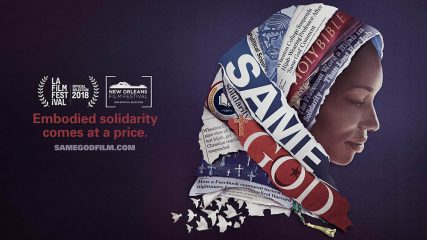 To talk with her four years later is to contemplate what it means to embody solidarity. It goes far beyond performative acts. It means to lay one’s livelihood and belief system on the line to stand with a fellow community of believers. It means to have her Christian beliefs questioned because she dared to say “our Gods are the same.”

Don’t try this popular act of solidarity at home, in other words, without first realizing that the hijab is fraught with complexities for Muslim communities. Hijab worn by non-Muslims must be worn with a deep intention to try to understand, if even briefly, how it feels to be visibly Muslim. It must be done while making sure Muslims are leading that conversation — those who wear hijab, because many of us also don’t. Without this, then it’s just putting a piece of cloth on your head.