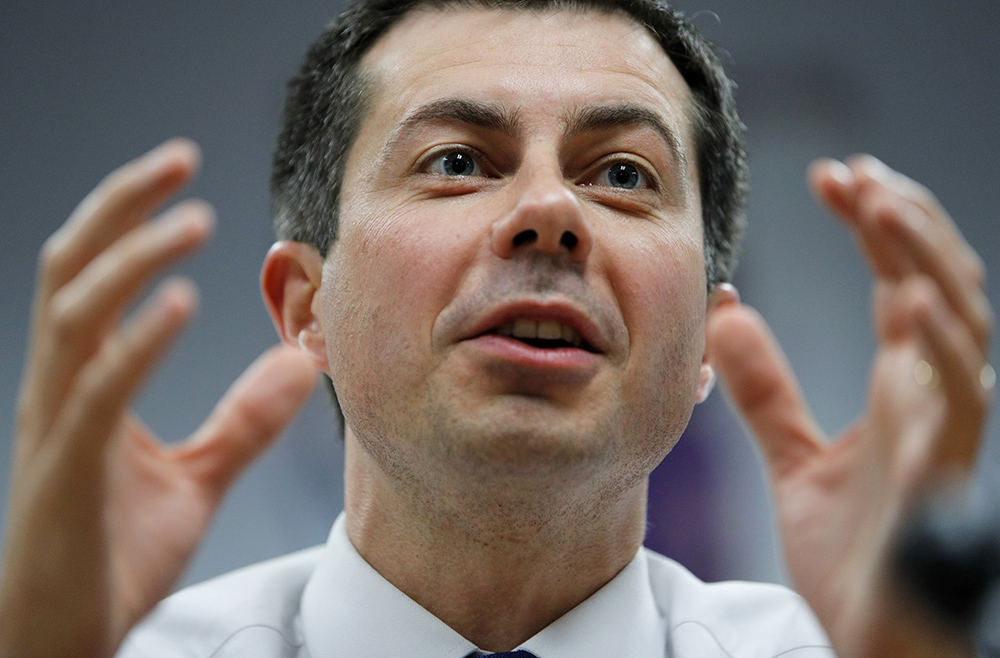 The “intimate” meeting was convened by Kelly Brown Douglas, dean of Episcopal Divinity School at Union Theological Seminary in New York, where she also teaches theology. Douglas told Religion News Service that she hosted the Democratic presidential hopeful during the second week in December in her New York home, where she said she facilitated a “nontransactional conversation” between Buttigieg and a cadre of African American “thought leaders” and faith leaders.

Douglas stressed the meeting was not an endorsement, adding that she reached out to the campaign to set up the meeting because she, like Buttigieg, is Episcopalian.

“It was an opportunity for Mayor Pete to learn, to listen and to hear,” she said.

Douglas declined to detail the guest list for the event, the precise topics discussed or how attendees felt about the exchange afterward.

“He listened. We listened. And people were able to raise issues that mattered,” she said.

Buttigieg's team acknowledged that the meeting occurred but did not provide any details.

The 37-year-old has made faith a fixture of his campaign: He often references religion during stump speeches, regularly attends worship at churches while on the trail and appeared at a protest led by progressive pastor and activist the Rev. William Barber II. Buttigieg's campaign was also the first in this election season to hire a national faith outreach director. 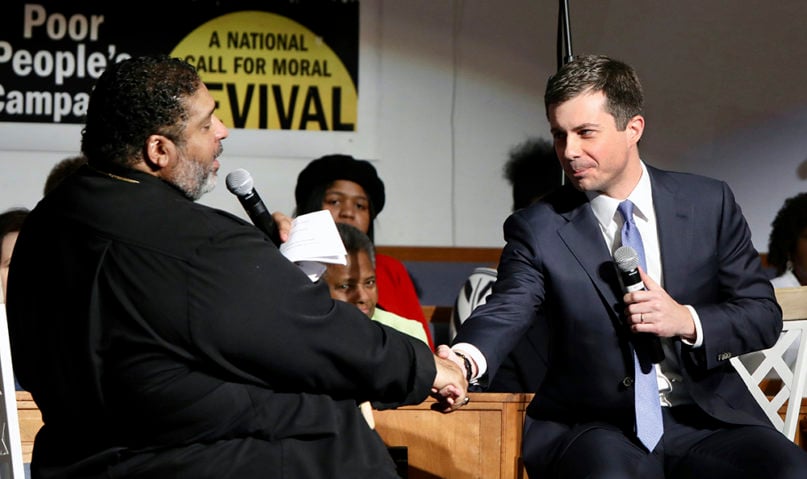 Surveys indicate the Democrat is primed to make a strong showing among likely caucus-goers in Iowa, an overwhelmingly white state. But he has struggled to attract support among African Americans: In a November poll, he received less than 1% of support among black voters in South Carolina.

The private December meeting may have been a part of an effort by the Buttigieg campaign to use faith as a bridge to reach black voters. Buttigieg attended a service at Barber’s Greenleaf Christian Church in North Carolina the week before, where the openly gay candidate — who brought a Bible with him to the event — fielded questions and outlined positions on raising the minimum wage, enhancing public schools, eliminating private prisons, increasing access to unions and providing Medicare to all who want it.

Douglas said that no Democrat can take the black vote for granted and that relationships with African American voters should be long-standing.

Douglas said she would be willing to hold similar meetings with other candidates should the opportunity arise, and she insisted that faith leaders have an important role to play in the 2020 election.

“Our job as faith leaders is not to scout for votes, but to try to move us toward a more just society,” she said.