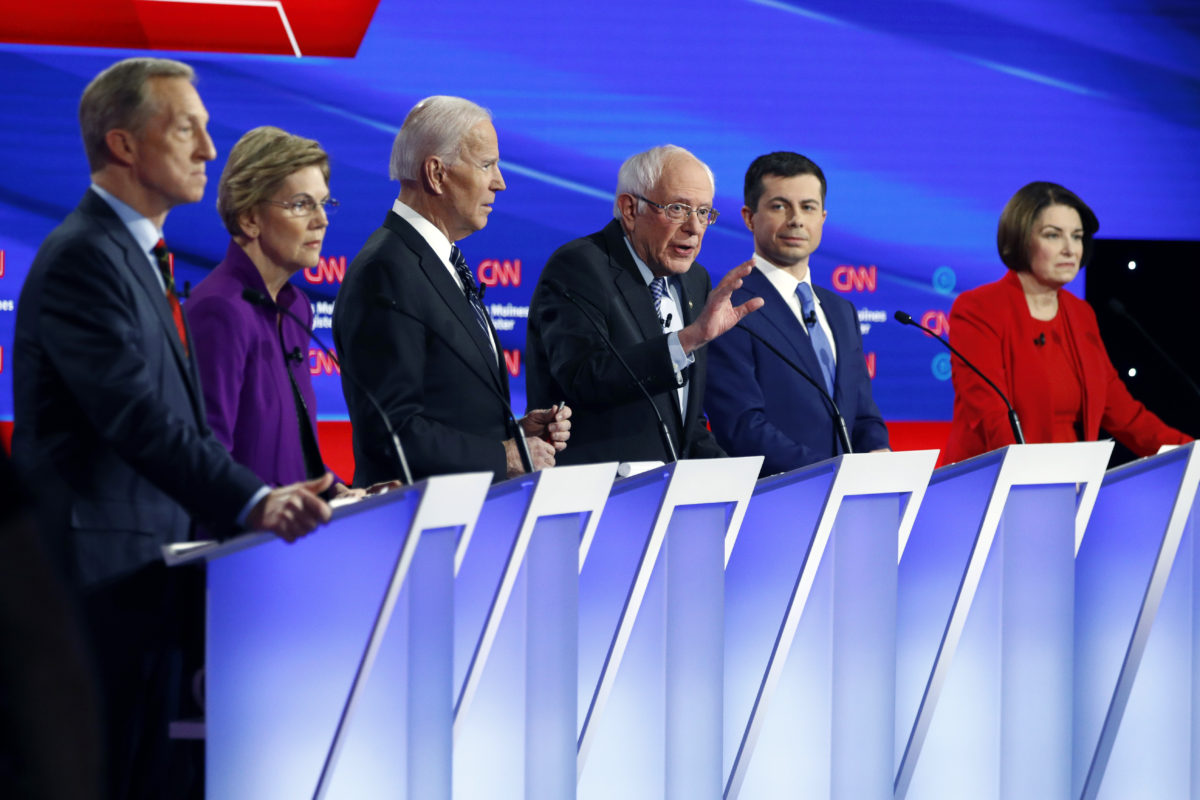 (RNS) — Ready for your Talmud lesson?

Back in Roman times in the land of Judea, a few sages were sitting around discussing Rome.

Yehuda went to the Romans and told them what Shimon bar Yochai said, and the Romans sought to kill him for his sedition. So Shimon and his son went into hiding in a cave. A miracle happened — a carob tree and a spring of water were created for them.

They took off their clothes and sat up to their necks in sand. All day, they sat and studied, and they dwelled in the cave for 12 years, until they got word that the Romans had annulled the death sentence against them.

When they emerged, they saw people plowing and sowing. They became enraged: “These people are only thinking of this world; what about the next world? What about eternal life?”

At this, a heavenly voice emerged: “Have you come to destroy my world? Go back to your cave!”

What is the story about?

It is about a sage and his son who were purists. They could find nothing redemptive in the world in which they lived. They were forced to flee into a cave, wherein they could return to a level of childhood innocence. Even when they emerged, they found the world too tainted for their souls, and they had to return to the cave.

You don’t have to be a Jungian therapist to discern that the cave represents the womb, the sacred temple of infancy.

I tell this story because it is about the plight of Democrats today.

Let us assume that Democrats in this country have one goal, and one goal only — to defeat President Donald Trump in November.

Instead, they are bogging themselves down in a round of ceaseless, and ultimately useless, conversations about every possible candidate — micromanaging and thus magnifying their many foibles, looking into past decisions and analyzing them to death — as in, the death of Democratic hopes in November.

Republicans have no such hang-ups. They are quite willing to throw their support behind the president — in spite of, or even because of, his many faults.

As a lifelong Democrat, I have the street cred to say this: Stop it. This is politics, not religion.

Take Sukkot, for example. You want a lovely etrog, the citrus fruit used in the festival. You go to the etrog store (there are such places), and you look for the perfect etrog — the one without a single blemish, the one that is entirely unmarred and fully intact.

Take the laws of keeping kosher. Can you eat a dish that might have a little bit of nonkosher food in it? Yes — if the amount of kosher food overwhelms the nonkosher food by a ratio of 60-to-1.

Sixty to one. That is what renders that dish kosher.

This is good, I suppose, for traditional Judaism.

What percentage of correct decisions would you need?

How much moral “blood” renders you “unkosher?”

How much purity do people need in a candidate? Especially one who will be standing up against a candidate for whom any kind of purity is hardly an issue?

The world isn’t the Book of Leviticus. Neither is it the “thus sayeth the Lord ... ” of the ancient prophets.

It is more like the Talmud — a ceaseless conversation, filled with controversy and compromises. Because the ancient sages knew that they lived in a radically unredeemed world.

This is the problem of wokeness in our culture. It is a continuous proclamation of one’s own virtue, a singing of a political and moral Sh’ma in a world where oneness is rare and duality sits before us.

When I study Torah and read the Bible, I don’t see many examples of perfect leaders. In fact, I haven’t found one yet.

Abraham — the paragon of loyalty and faith — “sells” Sarah to Pharaoh; acquiesces to the expulsion of his handmaiden, Hagar, and their son, Ishmael, into the desert — in what was essentially a death sentence; and almost sacrifices his beloved son, Isaac.

Moses — the visionary liberator — had a bit of an anger management problem. He killed an Egyptian taskmaster (OK, he had it coming to him). Moses broke the tablets of the law. He hit the rock when he should have spoken to it.

David — the model of Israelite monarchy — where do I start? Adulterer, murderer ... and yes, the reputed author of the Psalms, as well.

Every. Candidate. Is. Flawed.

There is no cave. There is only the United States of America. This is the only country we have.

This is the last democracy we will ever have.