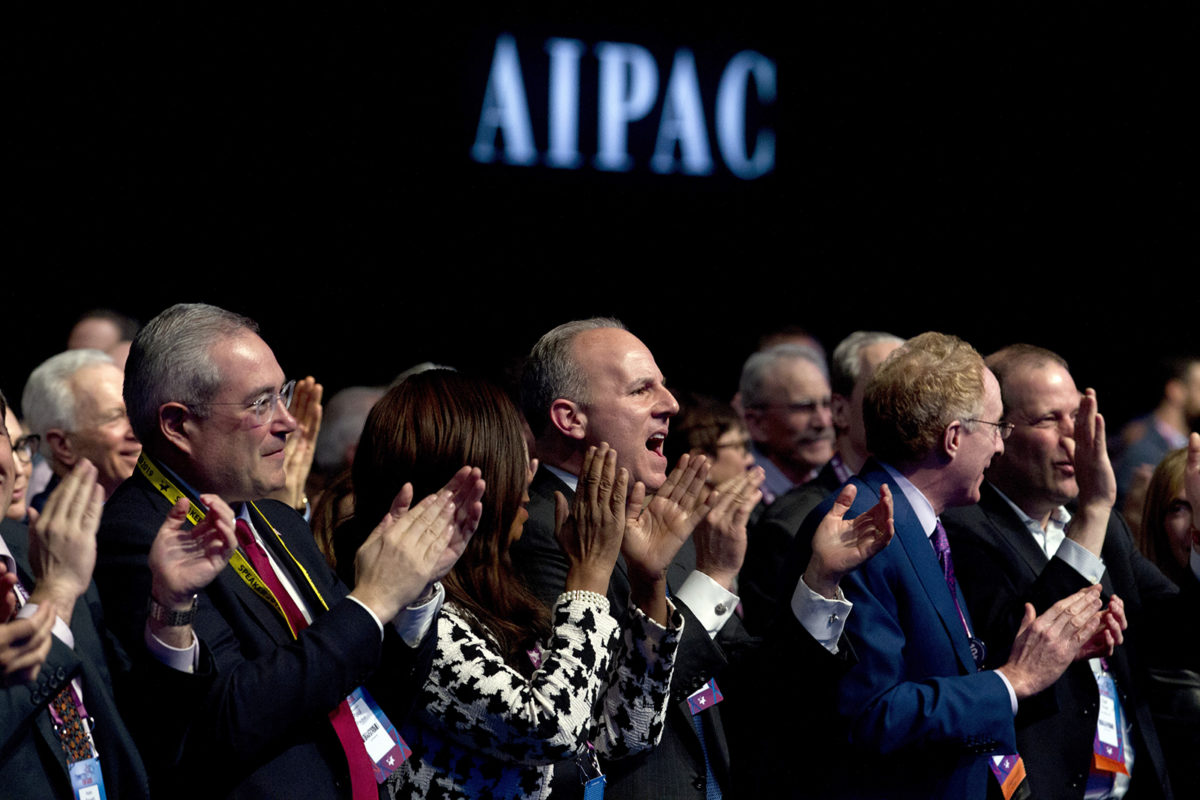 I would have liked to have been there. I would have liked to hear the American Israel Public Affairs Committee’s amazing speakers and teachers; to feel the enthusiasm of almost 20,000 people, all united in a love for Israel; to be present to hear political leaders and foreign dignitaries; to hang out with friends.

Bernie Sanders won’t be there, either. Unlike me, he is not not able to attend. He is skipping it.

The question is: What is Bernie Sanders skipping?

It has become a metaphor.

AIPAC no longer is. It signifies. It points to something beyond itself. It is a symbol. People tend to view symbols irrationally. That is how people now view AIPAC.

What does AIPAC symbolize? For Bernie and others:

First: AIPAC symbolizes right-wing politics — both in Israel and the United States.

Let’s play this out.

AIPAC supports and interprets Israel’s administration — whatever and whoever it happens to be. It supported Labor, and it supports Likud.

For quite a long time, Israel’s leader has been Prime Minister Benjamin Netanyahu. Netanyahu is very close to President Donald Trump. Therefore, in the spirit of a=b=c, so a=c, in the imagination of its critics, AIPAC is “aligned” with Trump, and a Trumpian vision of America.

Which, for some people, is understandably toxic.

I have heard this from normally reasonable friends and colleagues. Most have never attended an AIPAC event.

Third: For many American Jews, AIPAC is a metaphor for an unambiguous love of the state of Israel. It is because some people view AIPAC Policy Conferences as “rah-rah” style pep rallies for Israel.

In fact, yes — AIPAC is a trade show. It has one product to sell — support for Israel.

I came of age during the Six-Day War. I have deep memories of Jewish heroism, of a Jewish state defeating stronger enemies, and the first acts of terror in the 1970s. I started college a week after the horrific terrorist attack at the Munich Olympics.

This is not true for my children. Generation X, Y, whatever the alphabet game, millennials have a different view of Israel than their elders — i.e., me.

They were toddlers during the intifadas. For them, too much of Israel is about checkpoints, occupation and the Netanyahu government. None of them can remember a time when Netanyahu was not prime minister.

Add to the mix: a religious establishment in Israel that erases the Judaisms that have nurtured our millennials — non-Orthodox Judaisms.

For that generation, their affection for Israel (I choose my words deliberately — not “support for Israel,” and not even “Zionism”) comes with a pile of question marks.

Israel is the problem.

Not enthusiasm for Israel.

That is my problem with Bernie Sanders. He betrays no evidence of liking Israel.

When he says that AIPAC is a “platform for bigotry,” he is channeling the old “Zionism is racism” accusation.

To quote a series of tweets from the progressive Zionist group Zioness:

Some of Senator Sanders’ most high-profile campaign surrogates are individuals known for using inflammatory rhetoric targeting the Jewish community and employing antisemitic stereotypes, including Linda Sarsour and Amer Zahr — who just recently deleted a tweet, with no apology or remorse, which equated Israel, the homeland of the Jewish people, with ISIS, a murderous terrorist organization.

Senator Sanders’ campaign manager, Faiz Shakir, and foreign policy adviser, Matt Duss, were forced to resign from the Center for American Progress, after they were accused of trafficking in antisemitic conspiracy theories.

His supporters have repeatedly targeted and smeared Zioness members, organizers, and leaders online in a way that categorizes the “good” and “bad” Jews — largely based on their Zionism. Their goal is simple: force American Jews, who identify overwhelmingly as both progressive and Zionist, to choose between those inextricable pieces of their identities. Under this formula, the very vast majority of American Jews are “bad”.

Get ready, my friends. The next six months, and beyond, are going to be brutal. Increasingly, the Jewish community will find itself divided, from outside and from within, into the “good Jews” and the “bad Jews.”

That rhetoric will come from both Democrats and Republicans, each one seeking to define what a commitment to Israel should look like.

American Jews have repeatedly expressed fear that the language coming out of Senator Sanders’ campaign makes them feel less safe and less represented in the political left — their natural ideological home. Polls confirm that, despite his Jewish roots, he does not have Jewish support — and that in fact, Jews are feeling more and more disenfranchised across the political spectrum.

How do many American Jews feel, right about now?

We know that feeling well. It is called galut, exile.