(RNS) — My father called when I was in the car with my two boys, ages 10 and 13. “I watched the video,” he said over the speakerphone. His voice was tight and small, the kind that lives at the intersection of barely controlled rage and overwhelming sadness. “The cop had his knee on the man’s neck for nine minutes.”

And then his voice got one notch tighter and one click smaller. “At the end he was calling out for his mother, his dead mother.”

My father is an Indian immigrant who came to the United States to get his MBA from Notre Dame in the mid-1970s. He found a job in corporate advertising, settled his family in DuPage County outside Chicago, became a vocal Reagan supporter in the 1980s and prepared to do the whole upwardly mobile South Asian immigrant thing. He loved Morning-in-America and convinced himself that if you just pretended the darkness of racism didn’t exist, either in the nation or in your own life, well, then, you might have the pleasure of being blinded by the sunlight.

Things changed for him when he watched George H.W. Bush, while on a golf course, casually announce that he wasn’t going to support the Iraqi Kurds and Shiites after all, a decision that led to mass state slaughter in Saddam Hussein’s Iraq.

RELATED: Rev. Barber: ‘Systemic racism is choking the life out of American democracy’

Things really changed when the United States stood back and watched Slobodan Milosevic slaughter tens of thousands of Bosnian Muslims a couple years later. “The U.S. military would be intervening if these people were white and Christian,” he would say through clenched teeth while watching U.S. officials equivocate on “This Week.”

Really, it was just a shift in perspective, not a change in reality. I mean, it’s not like racism didn’t exist before that. It’s just that the way it manifested, my dad decided that he could live with. As a highly educated Indian immigrant in a well-to-do Chicago suburb, he would occasionally get heckled by white teenage punks, but that was about the extent of the direct racism.

The truth is my dad stayed as far away from those issues as he could when I was growing up. He would talk with admiration about the black people who had climbed to the upper rungs of the corporate advertising ladder. He knew how much smarter they had to be and how much harder they had to work to achieve their place. But his friends were always the white guys. I don’t think that was an accident. My dad wanted to fit in. He knew that meant cozying up to whiteness, and hoping some of it might rub off.

Through my adolescence, until I got to college, I had zero context for discussions about race, either the relatively mild forms that I experienced, or the acute and systemic forms that suffocated the lives of others.

I saw Spike Lee’s “Do the Right Thing” when I was 16 years old, around the same time that the Rodney King beating was being looped on the evening news. The murder of Radio Raheem at the hands of the police was one of the indelible moments of that film, and it bore more than a family resemblance to the Rodney King footage. And yet, from my perch in Glen Ellyn, both of those worlds felt very far away — closer to Mars than any America I knew. I had no context for any of it. We didn’t talk about those issues at home, and we didn’t talk about those issues at school. 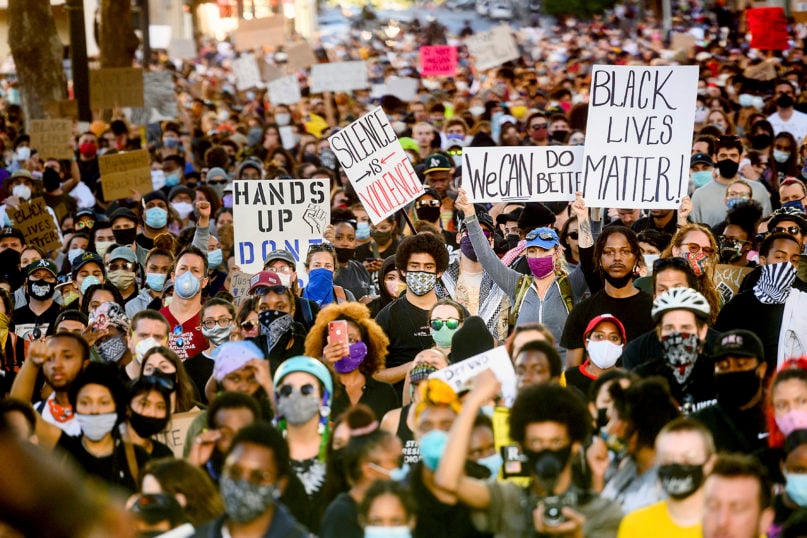 My kids are growing up in a very different world. Hip-hop does not need the vehicle of an Aerosmith song to arrive on commercial radio. Actually, my boys don’t even know what commercial radio is. From the age of 7, they’ve been finding and downloading underground hip-hop artists online.

My 13-year-old read Bryan Stevenson and “The Hate You Give” the first time because he was assigned them in school, and the second time because they felt important. Both of my boys knew about the George Floyd video before I did. Instagram and TikTok move faster than The New York Times.

My kids are growing up in a white world but a black culture. The artists and athletes they admire are all black. The activist issues that resonate with them are colored entirely by race. Their response to the shock and hurt in my dad’s voice was swift and categoric:

“Dada, what are you surprised about?” my 13-year-old said.

Before my dad could stammer out a response, my 10-year-old said, in a calm, straightforward voice: “Dada, you should listen to the Childish Gambino song ‘This is America’ and wake up.”

If you talked to my kids about Morning in America, they would just laugh at you.

Me, I’ve long been an “in the middle” kind of person. I like to point out both sides of the story, to see the gray areas. I think aggressive reforms are often warranted, but I believe in institutions. And I think order, when it is legitimate and serves people, is a good thing. If the me from 2020 were to be transported back to the Morning-in-America era, I’d be saying that I see the sun but maybe we should work on removing the clouds before declaring victory.

But on the matter at hand, the murder at hand, the one that changed my father’s voice, perhaps permanently, the one that my kids view as simply further confirmation of the fundamental brutality and injustice of the system, there is no gray. There are no two sides. It’s not just a couple of clouds shrouding the sun. And the fire is not in the sky, it’s in the land. Sometimes containing that fire is the wrong move. Sometimes you need to let it burn through you, the sadness, the anger, the “Is this really still happening …STILL … still ?”

Even a week later, after the protests and the wall-to-wall media coverage, it seems impossible to believe: the cruelty of a man, a uniformed officer, paid by taxpayers, carrying the legitimacy of a supposedly democratic state, squeezing the life out of another man who is whimpering for his mother over the course of nine minutes. If it were in a movie script, I would consider it too far-fetched. But as my kids will remind you, this is not a movie. This is America.

There is someone else in our family who doesn’t need reminding, someone with more steel in her spine than virtually anyone I know. Hint: Her last name is not Patel, it’s Mansuri. She kept it when she married me.

For 15 years my wife was a civil rights attorney who dealt mostly with police misconduct cases. “Oh, what does that mean?” some of the neighborhood swells ask brightly. “It means calling police officers to account when they dehumanize people,” my wife responds, just as brightly. 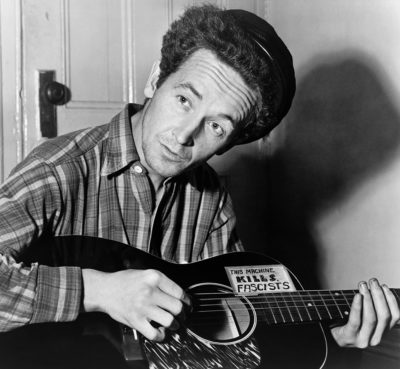 Woody Guthrie, in 1943, playing a guitar that has a sticker attached reading: This Machine Kills Fascists. Photo courtesy of LOC/Creative Commons

She had hundreds of cases, from unwarranted shootings to unwarranted broken arms. She got dozens of clients decent settlements, took 15 to federal court and won her fair share, had two arguments before the U.S. Court of Appeals of the 7th Circuit.

But the thing that always struck me was when she decided to take a case that she knew there wasn’t a prayer of winning or settling. She’d sign the client up, dutifully take the depositions, go to court and argue motions before the judge. Every move was a signal that she believed her client and knew that his being heard was its own victory, not one that registered on the legal scale or the financial scale but rather on the dignity scale. If it meant sacrificing a few dollars of attorneys fees, so be it.

There are more important awards than winning “Businesswoman of the Year.” There is a cosmic scorecard on which our deeds and our intentions are written. And right now, marks are being made.

I want to end with an image: the picture of Woody Guthrie with his guitar, the words “This machine kills fascists” scrawled on the body.

That image matters now for so many reasons. First, it does not mince words about the fact of evil and the need to rid the world of it. Second, the machine is a guitar, not a gun. That bears repeating. Woody Guthrie puts his faith in an instrument of peace and beauty to do battle with evil. Also, it’s his instrument. It represents his particular gift, his distinctive contribution: to write songs and play music.

And what do so many of us do? We teach. We pastor. We preach. We listen. We counsel. We direct organizations and run programs. We write books and essays and poems. Those are the instruments we play. That is our distinctive contribution to the world. Let us sing together now, and play our beautiful music, and create a spirit of hopefulness that vanquishes evil and builds a new civilization.

(Eboo Patel is founder and president of Interfaith Youth Core and author of “Acts of Faith.” This article first appeared on Interfaith America. The views expressed in this commentary do not necessarily reflect those of Religion News Service.)