(RNS) — When considering the downfall of CrossFit founder Greg Glassman, it’s worth thinking of the two-decade-old cult exercise phenomenon as a sort of buffed brother of the feminized SoulCycle. Both are quasi-religious institutions with a strong ethic of wellness as a capitalist moral scheme: Invest time and (not a little) cash and you reap the profits of a better body and, most importantly, a best self. They both preach a prosperity gospel of the flesh.

But Glassman’s CrossFit has a distinctively masculine, and masculinist, approach to the self. Workouts of the day are dedicated to members who have died, including those who have died in the line of duty in the armed services. The goal appears to be a kind of spiritual enlightenment found through inward toil. And more than that, the hard physical labor of transforming one’s physique turns effort into a moral ascendancy.

It may be difficult to locate the morality in Glassman’s now well-publicized fumble in addressing the George Floyd protests. After first tweeting glibly about demonstrations in support of a black man killed by a Minneapolis policeman, Glassman jumped on a video meeting with his brand’s gym owners to apologize. Instead, he reportedly asked regarding Floyd, “Can you tell me why I should mourn for him?” before suggesting that Floyd’s death was a hoax: a conspiracy to cover up a money laundering scheme.

“Now I hate even talking about (race),” Glassman allegedly said in the call, “and prior to this, it was all I talked about. … But now I’ve got to say something special or I’m a (expletive) racist.” 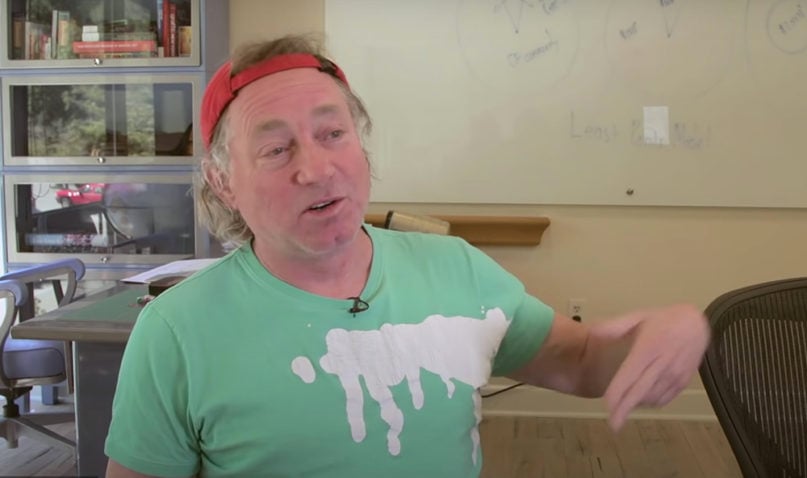 On the whole, Glassman’s statements betray a certain libertarian emphasis on the individual and on discipline, self-improvement through hard work — moral qualities that are characteristic of the wellness movement, especially its masculine wing, where Horatio Alger does a pull-up with his bootstraps.

Meanwhile, the calls of the social justice movement more broadly tend toward solidarity. Based on a community of mutual support, SoulCycle, CrossFit’s sisterly sib, is more ready to fall in with the resistance: Last year prominent SoulCyclers staged a boycott after one of its corporate owners, Steve Ross, held a $250,000-a-plate fundraiser for President Donald Trump.

But Glassman’s individualism doesn’t speak the language of oppression, of lived experience, of words like “privilege.” Social justice culture says the individual is not an island, that we are all intimately interconnected, responsible to and for one another.

No wonder that Glassman would reject demands for systemic reform rooted in the idea that we cannot divorce individuals from the societies and structures in which they live. The notion that Derek Chauvin, the police officer who killed Floyd, was not just a “bad apple” but part of a larger problem is totally at odds with the solipsism of the CrossFit box and of contemporary wellness and fitness culture more broadly. A CrossFit class in a gym in September 2014. Photo courtesy of Rose Physical Therapy Group/Creative Commons

What’s most surprising, however, about Glassman’s remarks is how out of step he is with his capitalist cohort, which has taken the energy of social justice culture in the past two weeks and used it for its own ends. In the wake of the Floyd protests, Bank of America and Chase have been quick to signal their affiliation with Black Lives Matter — Chase CEO Jamie Dimon took a knee at a New York bank branch — while Nike will for the first time treat Juneteenth as an official holiday. (Corporate employees, meanwhile, accuse their employers of doing little to address the systemic issues underpinning American racism.)

This is nothing new. June is already a time when global brands such as Pepsi and KLM have taken to celebrating Pride Month, supporting freedoms for LGBTQ individuals in the same vague manner they hate racism: with rainbows and corporate boilerplate. While it is heartening to see so many brands publicly support equality and condemn racism, it’s unsettling to see self-interested corporations play the role of public moral arbiters: commodifying a dream for a better world and using it to dream of higher profits.

Glassman missed the boat on the deeper truth about both best-selfism and social justice: Neither is out of the reach of the tendrils of capitalism. We, the marketed-to, cannot escape the commodification and transformation of the most basic elements of human life, from the health of our bodies to our ability to live in communion with one another. We have made our moral selves available as tool for advertisement, even as we in turn use CrossFit and SoulCycle to construct our own marketable and moral “personal brands.”

News
Martin Gugino committed to struggle, despite grand jury dismissal
Follow us on Facebook!
Submit your photos to RNS